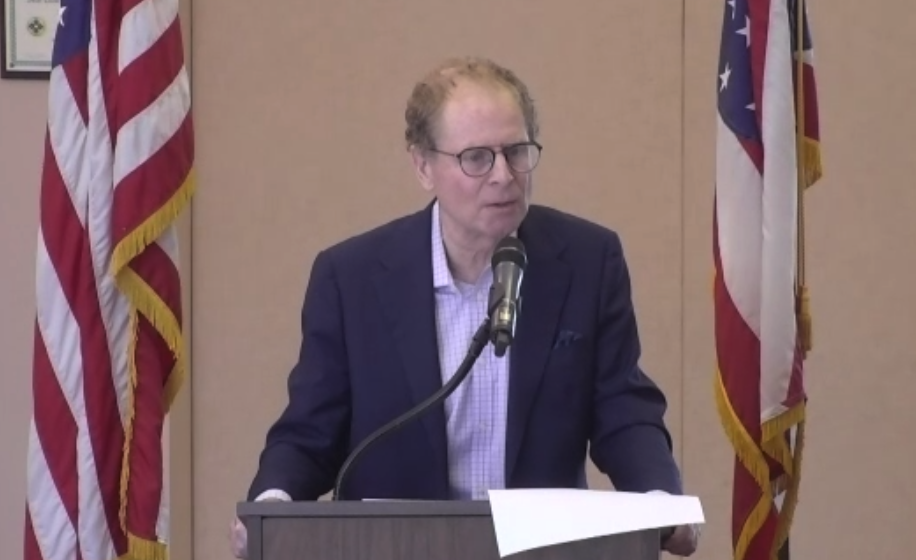 Solon Mayor Eddy Kraus addresses the community from city council chambers at the State of The City Zoom event Feb. 23. 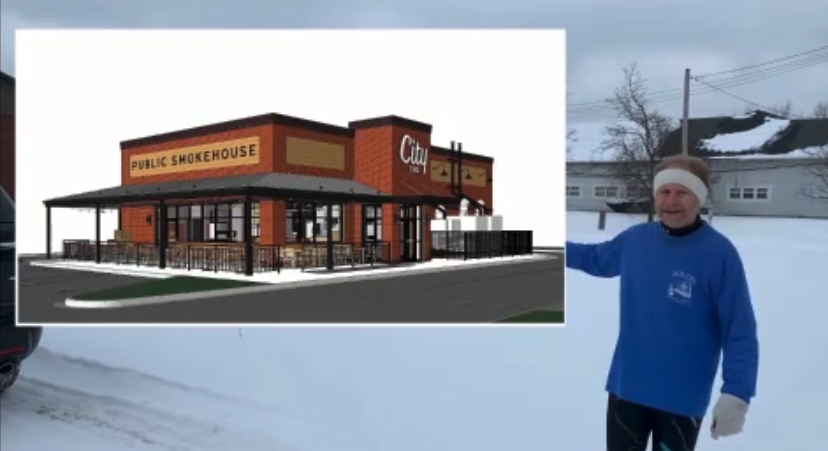 Solon Mayor Eddy Kraus shared a video at the event of him running through the city in promotion of its Solon Connects initiative, stopping at area businesses like the future City Barbecue site.

Solon Mayor Eddy Kraus spoke of worldwide hardship amid the COVID-19 pandemic, social justice initiatives, and coming together as a community at the Solon State of the City Feb. 23, held via Zoom.

In a live video feed streaming from the Solon City Council chambers, Kraus began his address detailing his experience reading the front page of his New York Times earlier that day.

“We’re living in some challenging times, where our president and vice president are lamenting and mourning the half-a-million American lives that passed away during the pandemic and the ongoing political strife,” Kraus said. “I saw an article about the depression and suicide rates in Japan and what is happening in Texas, especially to those without electricity and water.”

With the hardships happening in other communities, Kraus circled back to Solon, touching on its perseverance through everything that has happened since his last address.

“You guys know me, I have three pillars in my life: my family, my faith and my community, and today I want to recognize and talk about my community,” he said. “Solon did an amazing job during the pandemic.”

“We lost a giant in our community, and I think it was one of the toughest losses many of us have had in a long time,” Kraus said. “His soul, character, integrity and compassion, I never knew anyone who could lead a tough crowd through a difficult discussion on school funding and all the various issues that went into that like Joe could do. I know Joe is smiling down on us for how Solon got through this together.”

Kraus also recognized Regano’s successor, Fred Bolden, who was announced as the new superintendent on Aug. 1.

“Fred’s leadership with the school board got us through 2020 safe,” he said. “He thought first of the safety of our school board, students and staff, and most importantly, Fred and the board kept the community safe.”

But throughout the year, Kraus indicated Solon had more wins than losses, specifically relating to the growth it felt in the business community. Even during a pandemic, he reported Solon was “one of the few communities in Northeast Ohio to actually add businesses during the pandemic,” opening close to 20 new businesses.

This led to Kraus addressing Solon’s newest initiative, Solon Connects, a dedication to further establishing Solon as a bikeable and walkable community in collaboration with the Cuyahoga County planning commission. As part of the official unveiling, Kraus played a video of himself running through the community, giving shoutouts to many of its local businesses, new and old.

With five more new businesses already open in Solon since January, Kraus said this was only the beginning, detailing several businesses still to come, like Scannell Properties, Elite Dental, Carrington Court, ISSquared and Pop Culture CLE. Additionally, Blue Heron, a 120-plus acre state nature preserve, is being established with the help of the Ohio Department of Natural Resources, which will be the first of its kind in Northeast Ohio.

“Lastly, I want to thank Team Solon,” Kraus said in closing. “I want to thank all of you for your love, your support, and for getting us through a very challenging and difficult year. Some of us knew people were sick, and many of us lost friends and family who were sick. Well, we got through it together as a team Solon.”