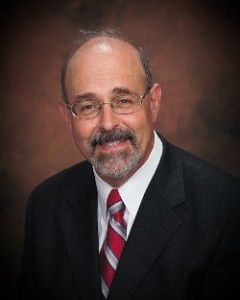 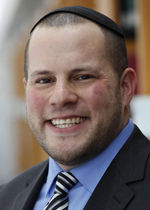 A Pennsylvania rabbi was expelled in November from the Rabbinical Assembly, the Conservative movement’s association, for performing interfaith marriages.

Rabbi Seymour Rosenbloom, who is retired from Congregation Adath Jeshurun in Elkins Park, Pa., told the Jewish Telegraphic Agency that he performed interfaith marriages because he wanted to be there for the growing number of interfaith couples and that by not performing such marriages, Conservative rabbis were “isolating” themselves from congregants.

The Cleveland Jewish News attempted to reach the rabbis of the four Conservative synagogues in Northeast Ohio to get their reactions.

Rabbi Stephen Grundfast of Beth El Congregation in Akron said that he was familiar with Rosenbloom from working in Philadelphia prior to moving to Akron. When he heard that he began performing interfaith marriages, Grundfast predicted Rosenbloom would be “in hot water” with the Rabbinical Association.

“It’s a very emotional issue, and it’s right at the forefront of the American Jewish community and a lot of rabbis struggle with this,” Grundfast said.

Grundfast also noted that rabbis can be expelled from the Rabbinical Assembly, but cannot have their ordination taken away. Thus, a rabbi who is expelled potentially could retain his or her position at a synagogue.

According to a 2013 report from the Pew Research Center, the intermarriage rate of non-Orthodox Jews to non-Jews was 71 percent. Moreover, a 2015 study by Big Tent Judaism found that 40 percent of Conservative rabbis would perform such services if the movement allowed it.

Rabbi Scott B. Roland of Congregation Shaarey Tikvah in Beachwood said, “As a rabbi, I’ve been trained to bring sanctity into a marriage with language that is really only applicable to Jews, and I struggle with what that would look like or mean for someone with my qualifications to do the same thing when both aren’t bound to the Jewish law.

“I also realize the hypocrisy of saying I can’t officiate at your wedding, but I do hope you will come back and be a part of my community afterward.”

Roland added that although he does not officiate interfaith marriages, he gave Rosenbloom “a lot of credit.”

“I’ve shed tears with couples who have approached me asking if I would officiate at their wedding. It’s a very hard thing to do and I try to approach it with honesty and with love, and with extending myself by being as welcoming as I can be,” he said, adding that he helps couples in such a situation find a proper officiant.

As a young rabbi, Roland said he expects to see a change during his career.

He said he imagines in the future that the movement would create new language to accommodate interfaith marriages, which would have to divert from traditional discourse that reflects joining two Jews in Jewish law.

Grundfast also reflected on the paradox presented when trying to retain interfaith families they cannot marry as members, especially since children of interfaith marriages are less likely to be raised as religious Jews than those with parents who are both Jewish.

“How is that going to affect future generations? Referring back to that Pew Study, there’s not a good track record of intermarried families remaining Jewish. Maybe that will change, but it’s a very, very big challenge for all of us,” Grundfast said.

Rabbi Joshua Hoffer Skoff of Park Synagogue in Cleveland Heights and Pepper Pike and Rabbi Stephen Weiss of B’nai Jeshurun Congregation in Pepper Pike could not be reached for comment.