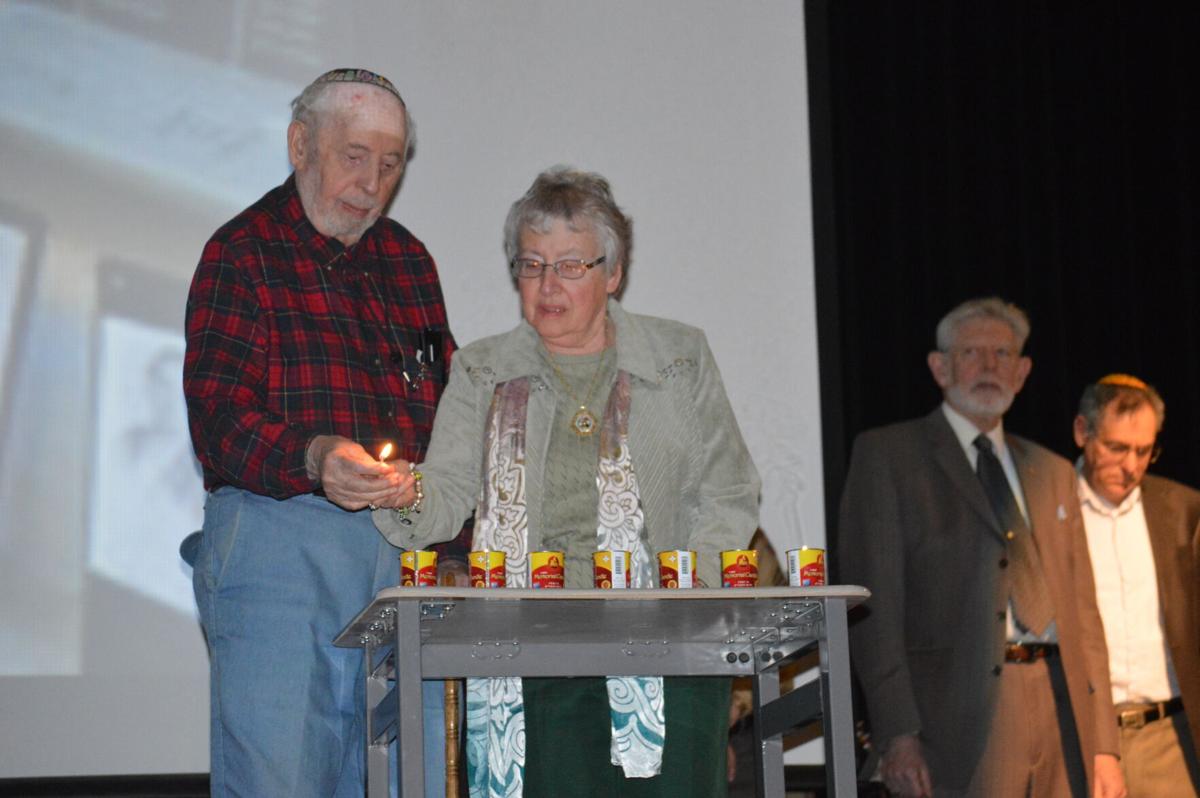 Erwin Froman and Sheila Evenchik light a candle during the Yom Hashoah Holocaust remembrance program at Lorain High School in Lorain on April 11, 2018. 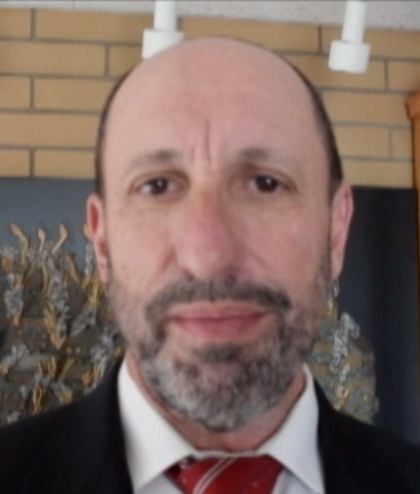 To memorialize the Holocaust, its survivors and those who lost their lives, Agudath B’nai Israel Synagogue in Lorain will broadcast a video of compiled speakers from its previous Yom Hashoah programs so viewers can remember the moving messages and stories shared in the past. The showing is at 7 p.m. April 8.

Froman served as a speaker in the synagogue’s 2016 Yom Hashoah V’Hagvurah commemoration, and a majority of his speech has been edited into this year’s Holocaust remembrance video.

“For the last 60 years, he was the backbone of the Lorain Jewish community,” Milner said. “We felt it would be an honor to listen to his story once again.”

While Froman’s words serve as the main crutch of the video, it also features rabbis from the synagogue’s 2017 and 2019 programs and other moments borrowed from past commemorations.

The hour-and-15-minute video will remain accessible on the synagogue’s website for viewers to watch whenever they want. Milner said numerous synagogues in Ohio have already contacted him about showing the video as part of their Yom Hashoah programming or to make available to their congregants for their personal viewing.

Milner is also in the process of creating a condensed, 52-minute version of the video for local schools to show students to deepen their Holocaust education.

Despite COVID-19 preventing Milner and Lorain County from hosting one of its usual mass gathering, hourslong Yom Hashoah events, Milner said he believes the compilation video he created is a worthy replacement.

“I think it’s a pretty good, powerful program,” Milner said. “I’m going to try to improve on it, and I’ve got some other ideas as to how I can keep the program going this year with different areas.”

TICKETS & INFO: The video is free to watch. Visit bit.ly/3wqrPpM to watch the video.