The logo on the MGM Resorts security uniforms resembles a Jewish star. 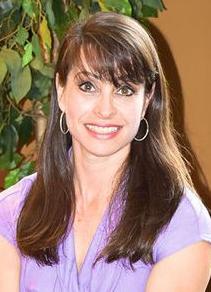 One day after the Cleveland Jewish News made an inquiry, MGM Resorts International announced it will change a logo on its security uniforms that resembles a Jewish star.

Debra DeShong, senior vice president of corporate communications for MGM Resorts International, told the CJN July 23 the company is committed to changing the logo on the shirts, beginning with MGM Northfield Park.

“We appreciate this being brought to our attention and will begin the process of changing the badges on the uniforms in question,” DeShong wrote in an email to the CJN. “We regret anyone was offended – it was certainly not our intention. We are committed to ensuring that everyone feels welcome on our properties. Diversity and inclusion is at the core of our company’s values.”

The logo, a six-pointed star with a circle inside and the MGM lion inside, was brought to the attention of the CJN by June Scharf of Mayfield Heights, who was at the Colin Jost show July 13 at MGM Northfield Park.

She said she was “dumbfounded” when she saw the six-pointed stars emblazoned on yellow shirts worn by the security team.

“I have family that died in the Holocaust,” Scharf said. “So, I feel very close to that experience. And I take it seriously and seeing that imagery takes me right back to that past which is painful. A star on a yellow shirt screams the Jude stars that they made Germans wear, German Jews. My grandfather was German and he left Germany, but other members of his family perished.”

MGM also uses the uniform at casinos in Springfield, Mass., and in Las Vegas.

MGM has also made a key point of diversity in its hiring practices and in training its employees and has received awards for its efforts, according to DeShong.

“I have a lot of respect for their interest in making a necessary change,” Scharf said July 23, when told of DeShong’s statement. “I’m grateful for their swift and comprehensive approach.”

When the CJN informed James Pasch, regional director for the Anti-Defamation League in Cleveland, about the logo, he said he reached out to legal counsel at MGM Northfield Park.

"After learning about concerns about the MGM security uniform and the use of a six-pointed star, which resembled a Jewish star, on their shirts, ADL reached out to the MGM Legal Counsel’s office in Northfield Park," Pasch wrote in a July 23 email to the CJN. "They assured us that the security shirt was not intended to evoke Holocaust imagery and that after they heard about concerns over the resemblance, they are now redesigning this uniform and changing the badges on the uniforms in question. We appreciate their responsiveness and look forward to continue working with MGM management in the future.”

(JTA) — MGM Resorts International said it will change the logo on its security uniforms, yellow shirts with a symbol that looks like a Jewish star.