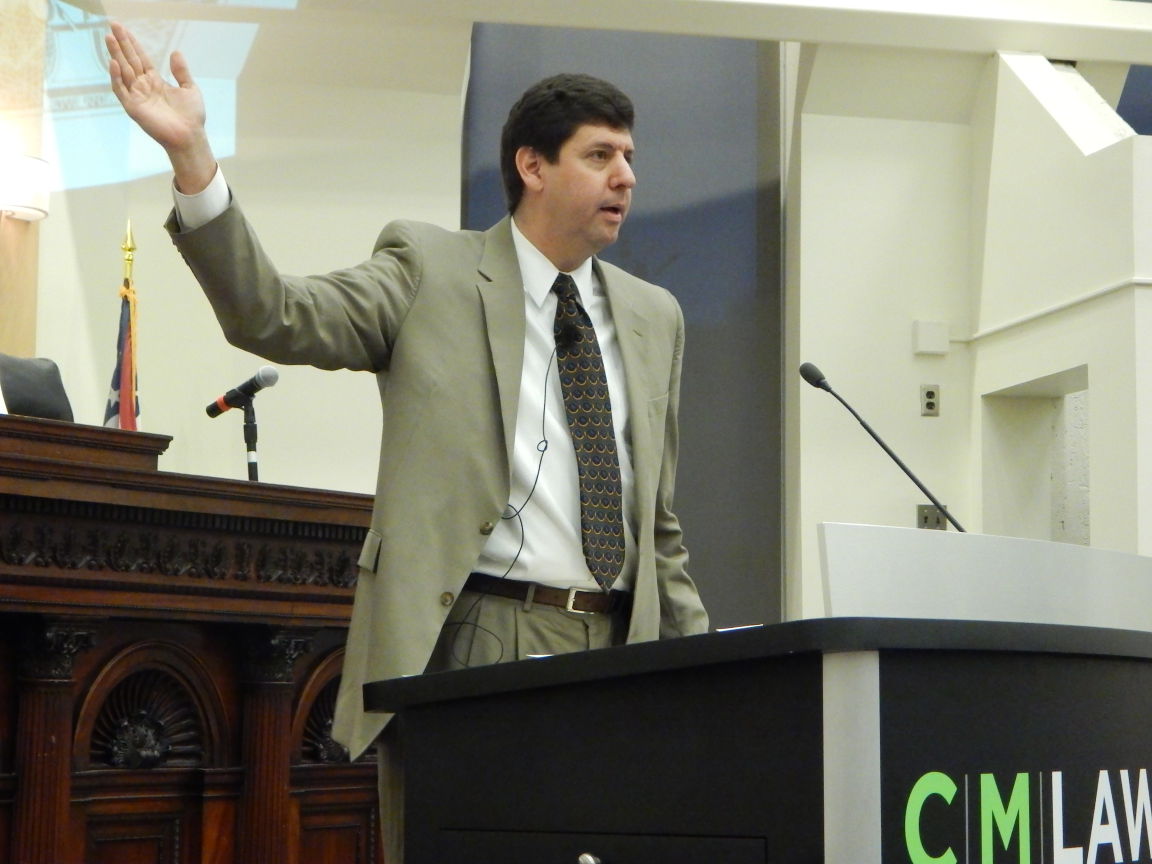 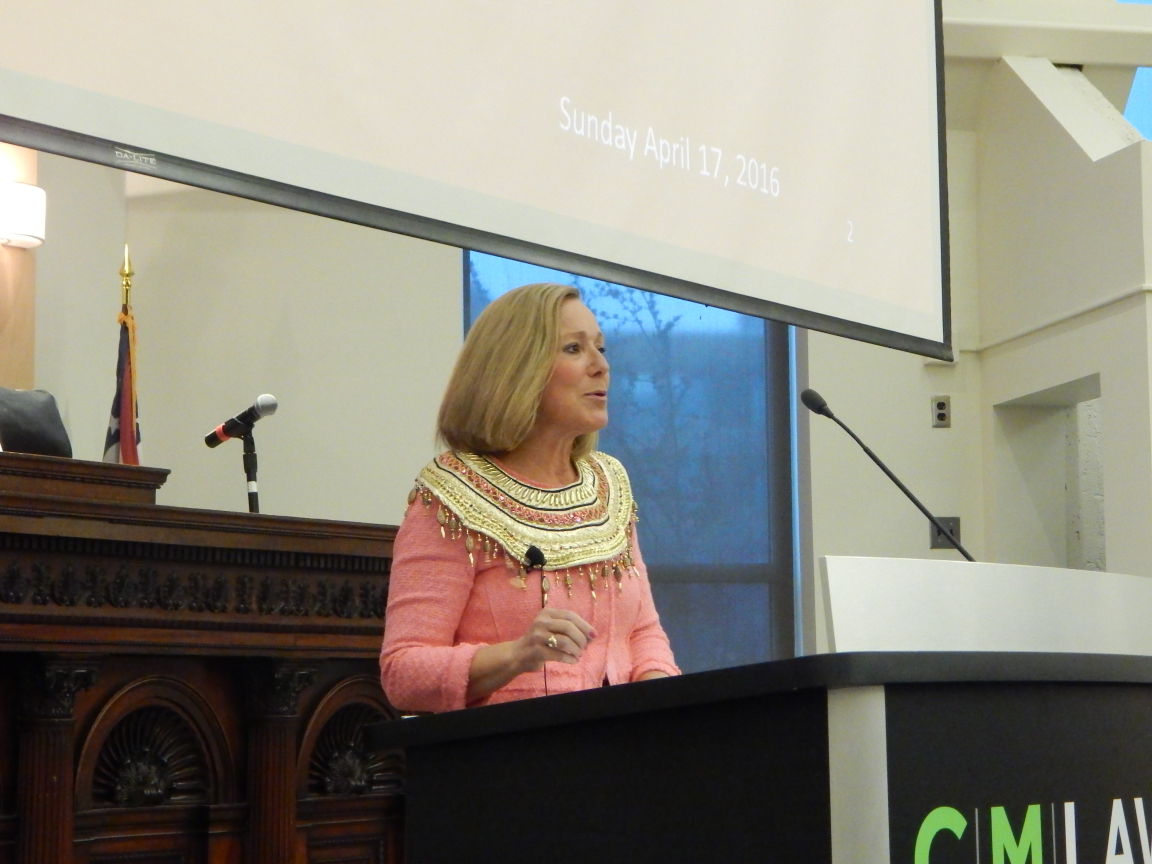 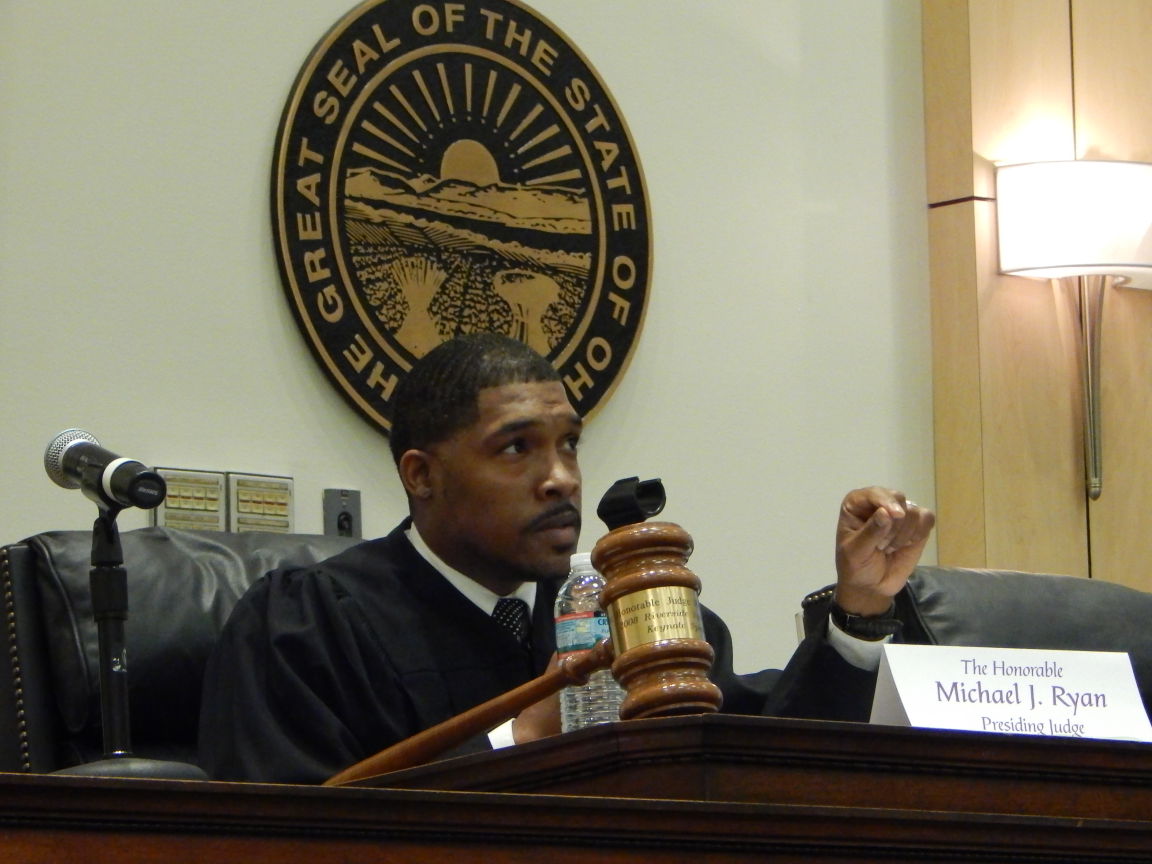 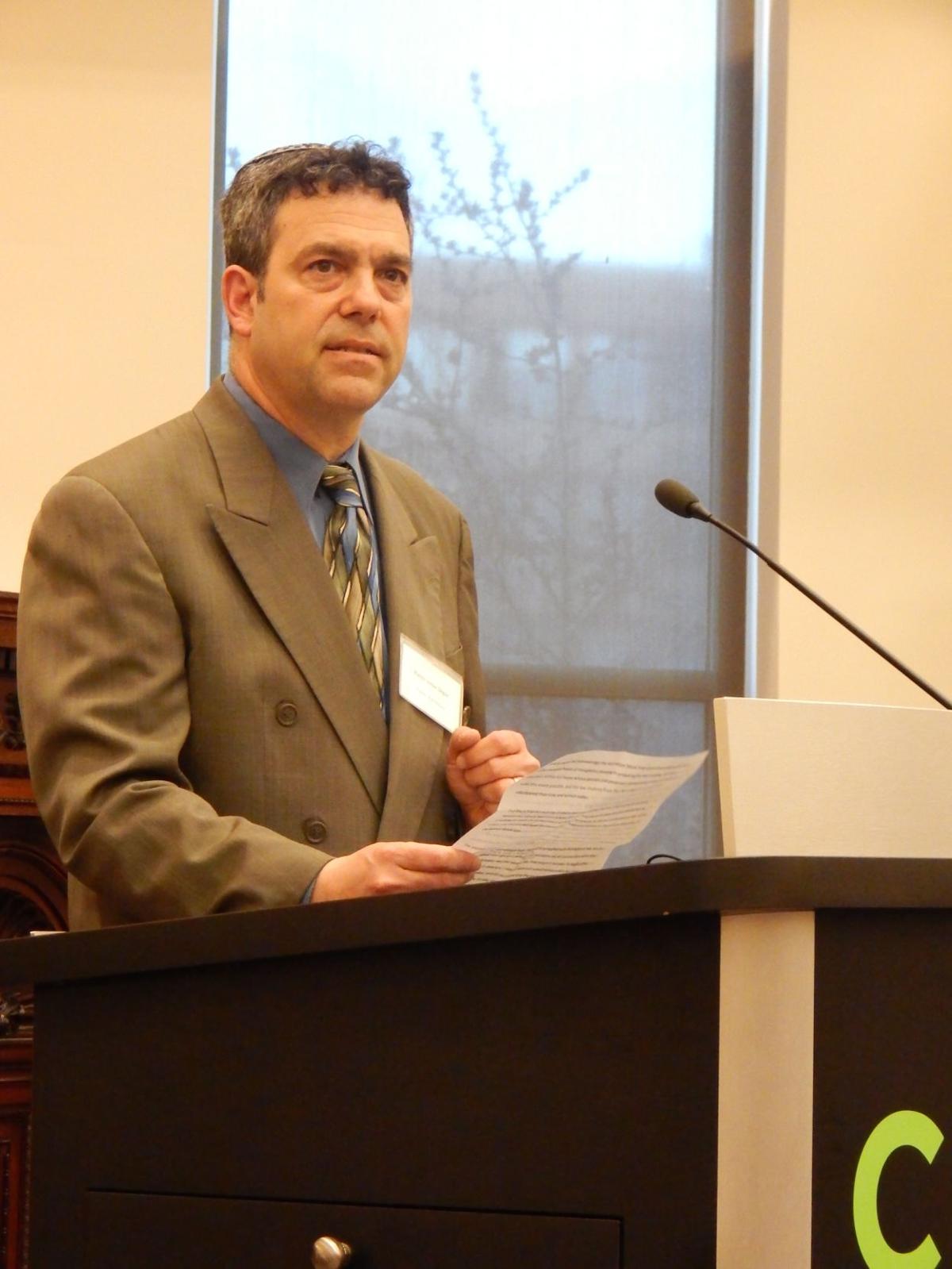 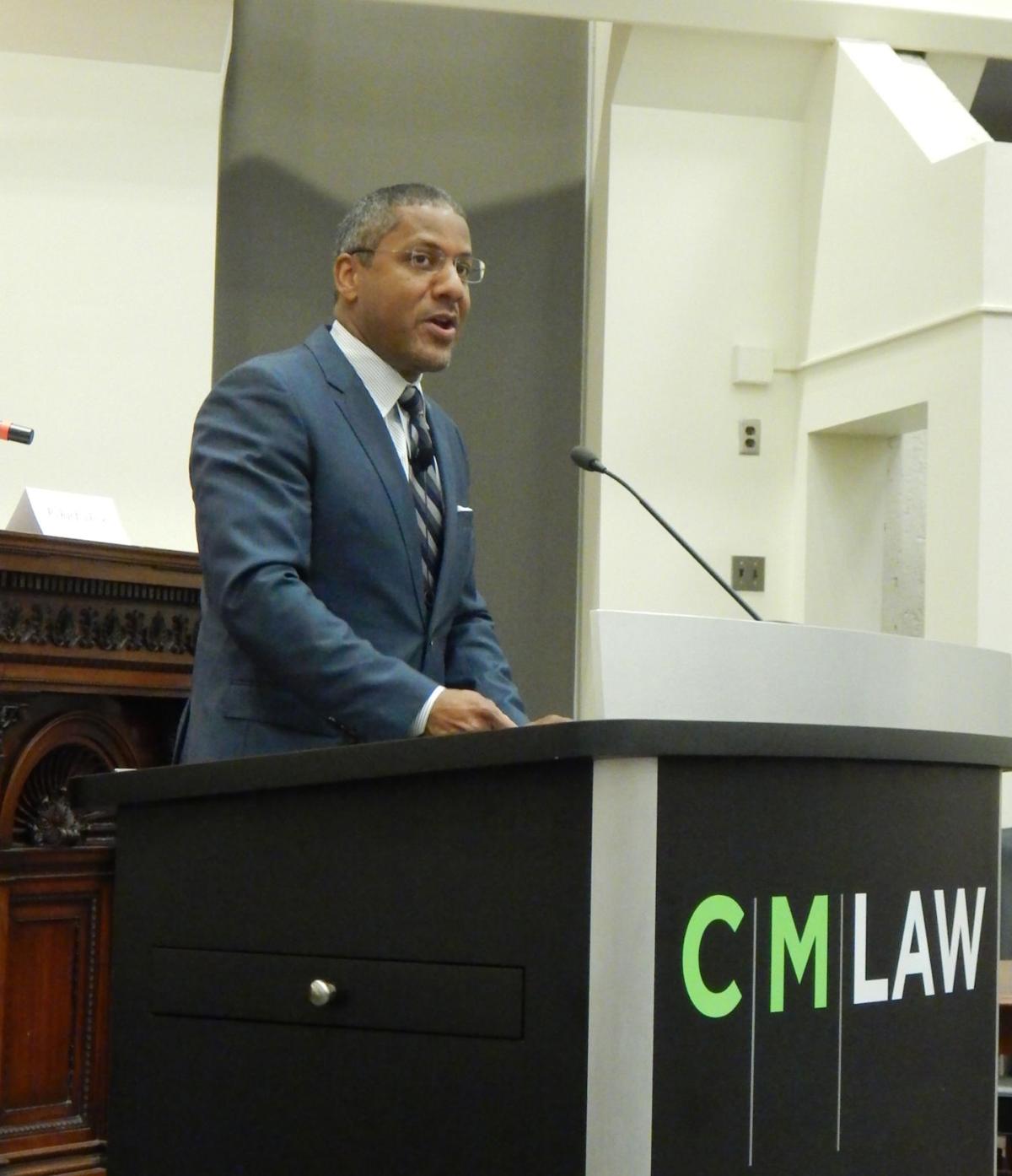 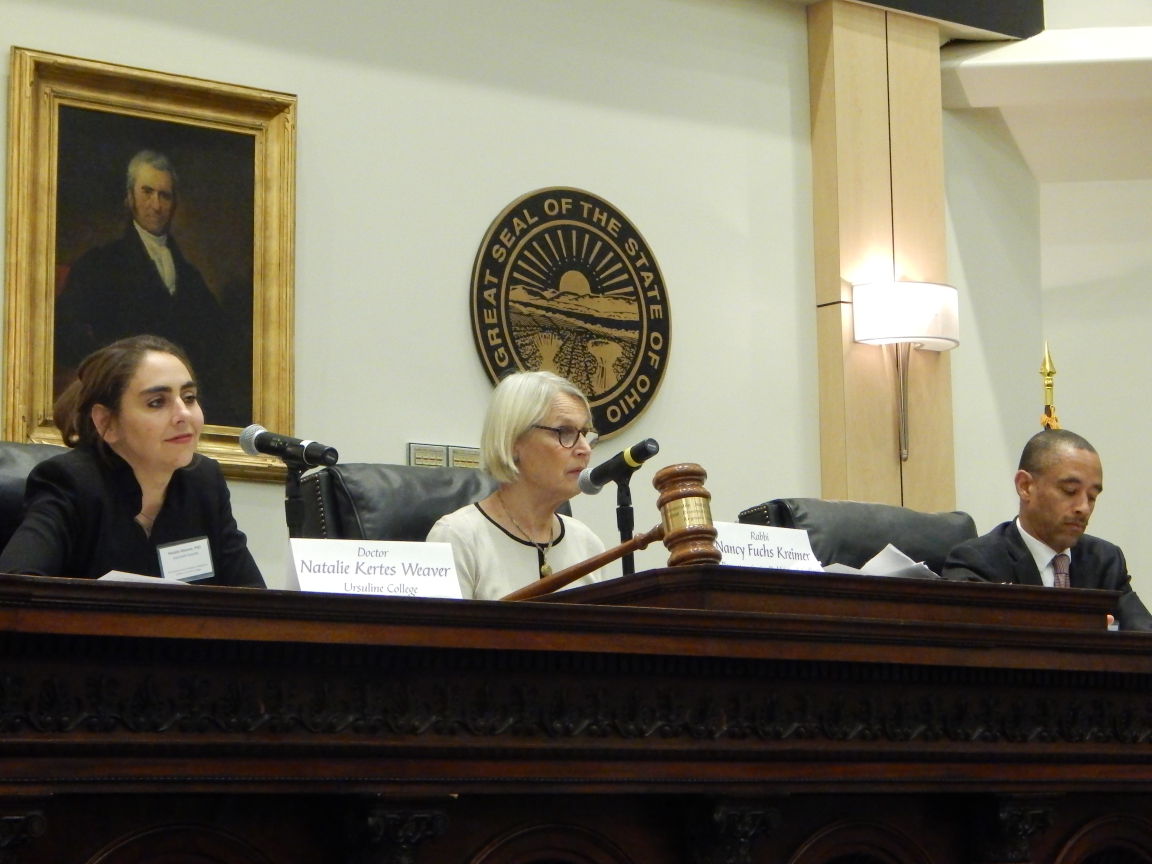 An interfaith panel discusses the moral ambiguity found within the Book of Exodus.

An interfaith panel discusses the moral ambiguity found within the Book of Exodus.

On the evening of April 17, the biblical character of Moses was put on trial for aiding and abetting the murder of the Egyptians’ firstborn sons. After nearly 90 minutes of arguments from the prosecution and defense, the audience, which served as jury, found him not guilty on both charges.

Steven Dettelbach, a partner at BakerHostetler and former U.S. Attorney for the Northern District of Ohio, served as prosecutor during the mock trial. During his opening statements, Dettelbach said Moses was a willing accessory to murder by accepting and executing God’s plan for the Egyptians.

“The evidence will show that Moses actively, repetitively and yes, willingly, helped to make the mass murder of people that he knew were innocent and had nothing to do with what he was doing with pharaoh possible,” Dettelbach stated.

Charna Sherman, president of Charna E. Sherman Law Offices in Cleveland, defended Moses. She argued during her opening statements that Moses didn’t have the specific intent to facilitate the commission of any crime. Rather, he wanted to rescue the Israeli slaves from slaughter.

“God is the sole actor and the initiator of events precisely to demonstrate his greatness over the idols and rulers of Egypt … Moses is simply the messenger, or as our sages refer to him, as a divine messenger prophet. He took no credit for the words nor left anyone with the impression that that was the case,” Sherman said.

During her arguments, Sherman noted that the Exodus story isn’t subject to just one interpretation, and that the Egyptians and the pharaoh were given nine warnings before the use of any lethal force. She also highlighted the fact that Moses was terrified when God revealed himself to him, and questioned if the audience wouldn’t respond in the same way Moses had if they were faced with God’s presence.

Dettelbach countered by arguing that Moses wasn’t just a passive messenger, and instead chose his own actions. He also brought up the issue of whether the means justified the end and the notion of people killing in God’s name.

“Thousands of people are in danger in our community today and around the world because of people who kill in God’s name, who kill because in their minds their means justify their ends. … Who are we to say to the terrorists or the Nazis or anyone else then that killing in their god’s name isn’t OK? That only killing in our God’s name is OK? We can’t have that. That’s why we have the rule of the law,” Dettelbach said.

Following the mock trial, a brief interfaith panel discussion took place. Natalie Kertes Weaver, associate dean of graduate studies and professor of religious studies at Ursuline College in Pepper Pike, Pastor Richard M. Gibson of Elizabeth Baptist Church in Cleveland, an adjunct law professor at Case Western Reserve University School of Law in Cleveland and co-chair of the Greater Cleveland Congregations, and Rabbi Nancy Fuchs Kreimer, director of the department of multifaith studies and initiatives and an associate professor of religious studies at the Reconstructionist Rabbinical College in Philadelphia, discussed the moral ambiguity found within the Book of Exodus.

Weaver said she views Moses as a sympathetic character, but questioned whether he had the option of telling God “no.” She also views Exodus as a cautionary tale, and said people need to look at the story with moral scrutiny.

For Gibson, he said the mock trial was less about deciding whether or not Moses was guilty and more about debating the underlying issues within the story. He said the Exodus story still resonates with people today who are crying to be free, and noted that there’s often a disconnect between lessons from the past and issues within the community today.

Kreimer said there is a divide over the story of Exodus and the issue of collateral damage. While she doesn’t believe Moses is guilty, she said she thinks the Exodus story and the celebration of Passover make believers wonder who paid the price.

“Even God can’t save the Israelites without killing the Egyptians,” Kreimer said. “This is the tragic reality of our world and time in history. Infinite joy is mingled with sorrow and all parts of this story have to be recognized.”

The Cleveland Jewish News was a media sponsor of the event.