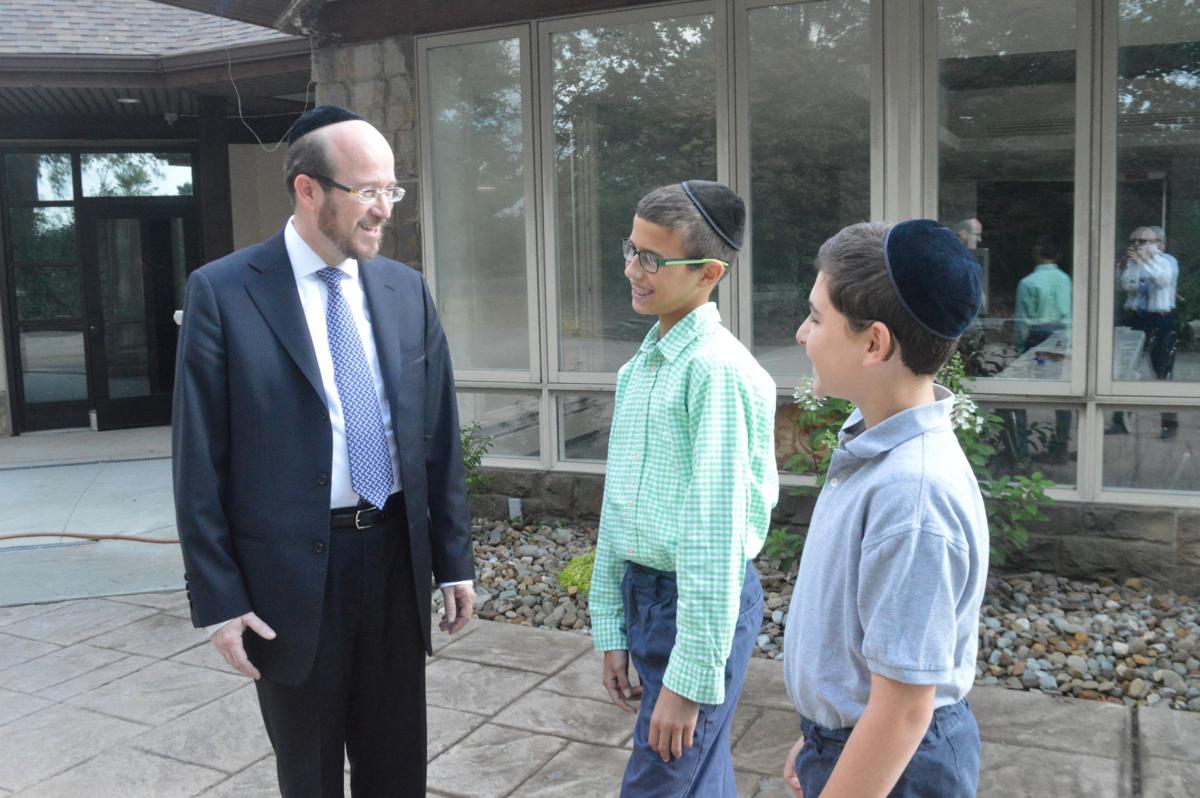 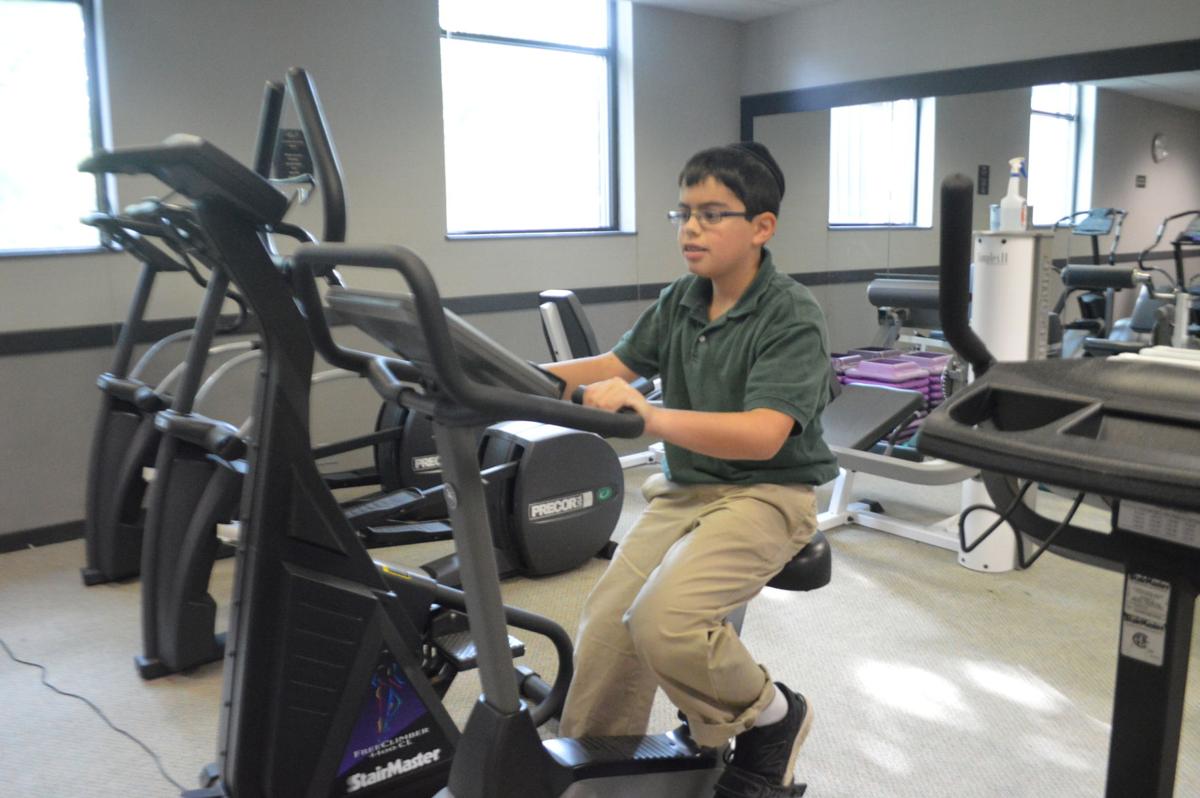 Avi Goldstein, a seventh-grader from University Heights, tries out a Stairmaster in the exercise/fitness room of the new school. 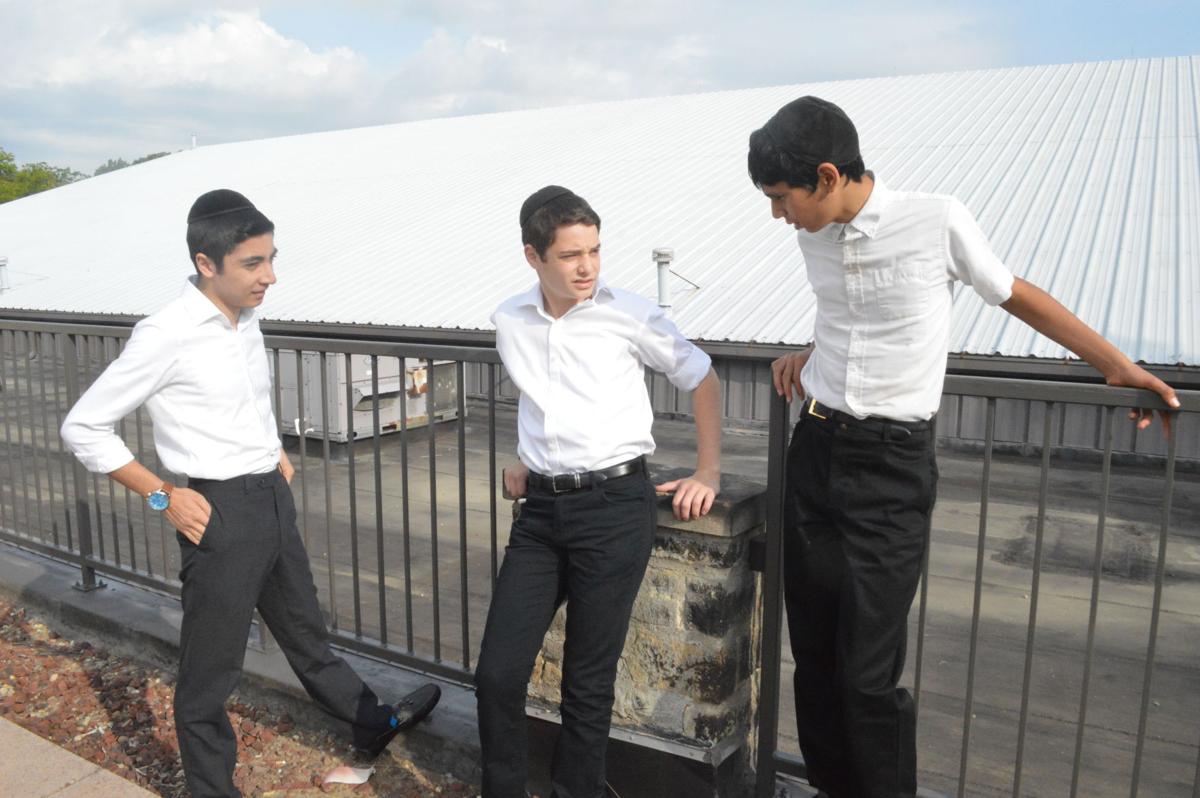 Freshmen Pinchas Rashidi, from left, talks with Eliyahu Friedman and Mordechai Mahalli, all from Cleveland Heights, in the courtyard of the new school. 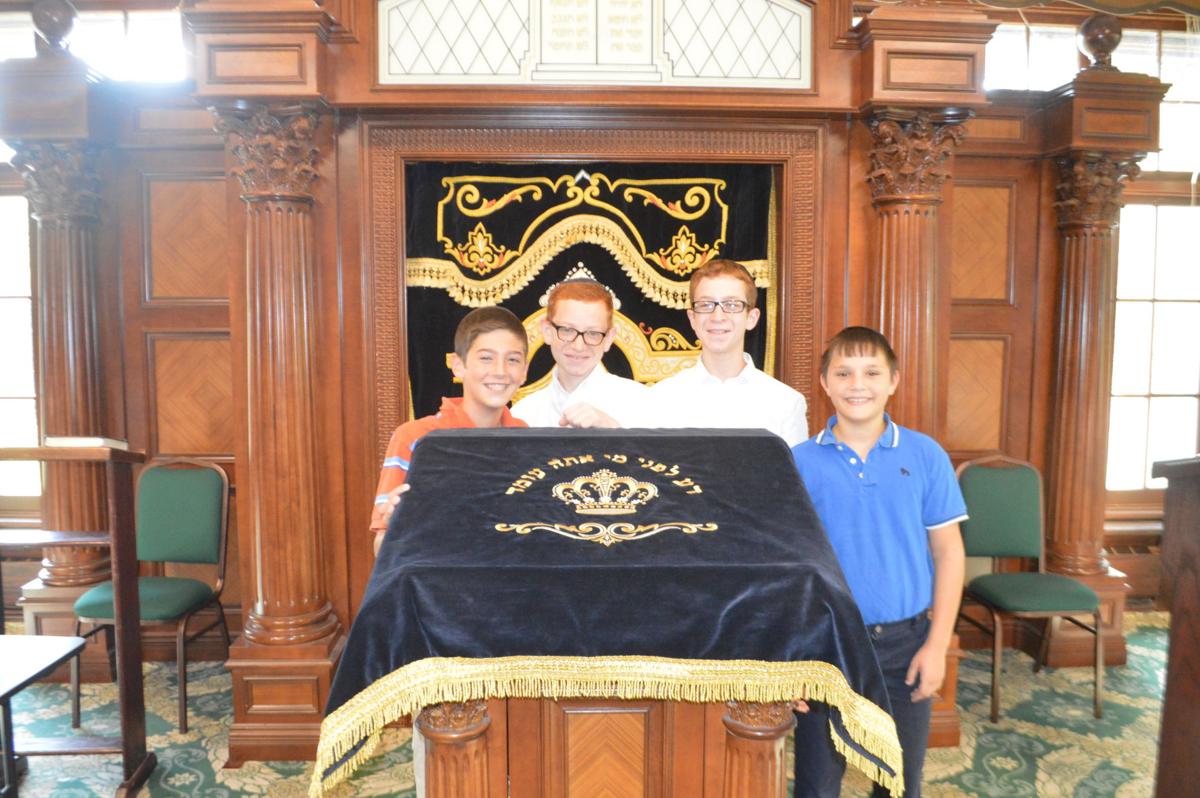 Avi Goldstein, a seventh-grader from University Heights, tries out a Stairmaster in the exercise/fitness room of the new school.

Freshmen Pinchas Rashidi, from left, talks with Eliyahu Friedman and Mordechai Mahalli, all from Cleveland Heights, in the courtyard of the new school.

Students are delighted with how the Hebrew Academy of Cleveland’s Jacob Sapirstein Yeshiva High School – the new boys’ junior high and high school in the renovated clubhouse of the former Oakwood Country Club in Cleveland Heights – has turned out.

“It’s great,” said Yakov Schlesinger, a seventh-grader from University Heights. “I like everything about it. It’s all new and easier to learn in.”

Jonah Seiger, an eighth-grader from Beachwood, said the new school is “very spacious and comfortable.”

“It’s much nicer than the other building,” said Yitz Gecovich, a ninth-grader from University Heights. “There’s much more space.”

Sept. 1 was the first day of school for Hebrew Academy students, and 80 boys in grades seven through 12 were relocated from the former Mesivta school in Lyndhurst. Fourteen scholars from Hebrew Academy’s Kollel Ateres Nochum Zev were also moved to the renovated building, along with the academy’s financial offices.

Renovations to the old clubhouse began in February and are still being finished in some rooms, such as the science lab and technology media center, said Rabbi Simcha Dessler, the academy’s educational director.

“We’re exceptionally pleased,” Dessler said. “The academy leadership, the architect and the builder successfully maintained the architectural grandeur of the clubhouse, and staff and students are thrilled with the outcome.”

Highlights of the new school include a beit midrash for study, an auditorium and a cafeteria. The tennis courts are being used as a gymnasium for basketball, volleyball and tennis, and there’s a separate exercise/fitness room.

The school also contains eight classrooms and a multipurpose room.

“This is a transformation of a building that was dormant for five or six years into a house of study and learning. We are very grateful to our supporters, to our board and to our leadership, especially Ivan Soclof (chair of the academy’s budget and strategic planning committees) for throwing their full support behind this wonderful project.”

Hebrew Academy girls in grades seven through 12 remain at the Beatrice J. Stone Yavne High School in Beachwood. Boys and girls from early childhood through grade six are at the South Taylor Road campus in Cleveland Heights, where four classrooms have been added in the space vacated by the financial offices.

“The academy’s overall enrollment climbed from 970 students last year to 1,077 students, so we needed this space (in the old clubhouse) badly,” Simcha Dessler said. “Also the Lyndhurst campus outgrew our needs and was in dire need of updating.

“This is the first phase of the academy’s ambitious master plan, entitled Vision 20/20, which will serve Cleveland’s Jewish community well for this generation and beyond.”

Future plans for the building in Lyndhurst are under discussion, he said.

On Sept. 14, Hebrew Academy was to seek final approval from the Cleveland Heights planning commission for plans to build a state-of-the-art early childhood and boys’ elementary school on the former Oakwood Club property. The project includes a 130,000-square-foot building and two adjacent playing fields.

As enrollment has expanded at Hebrew Academy of Cleveland, the Orthodox day school is preparing for a site clearing in late January to make wa…