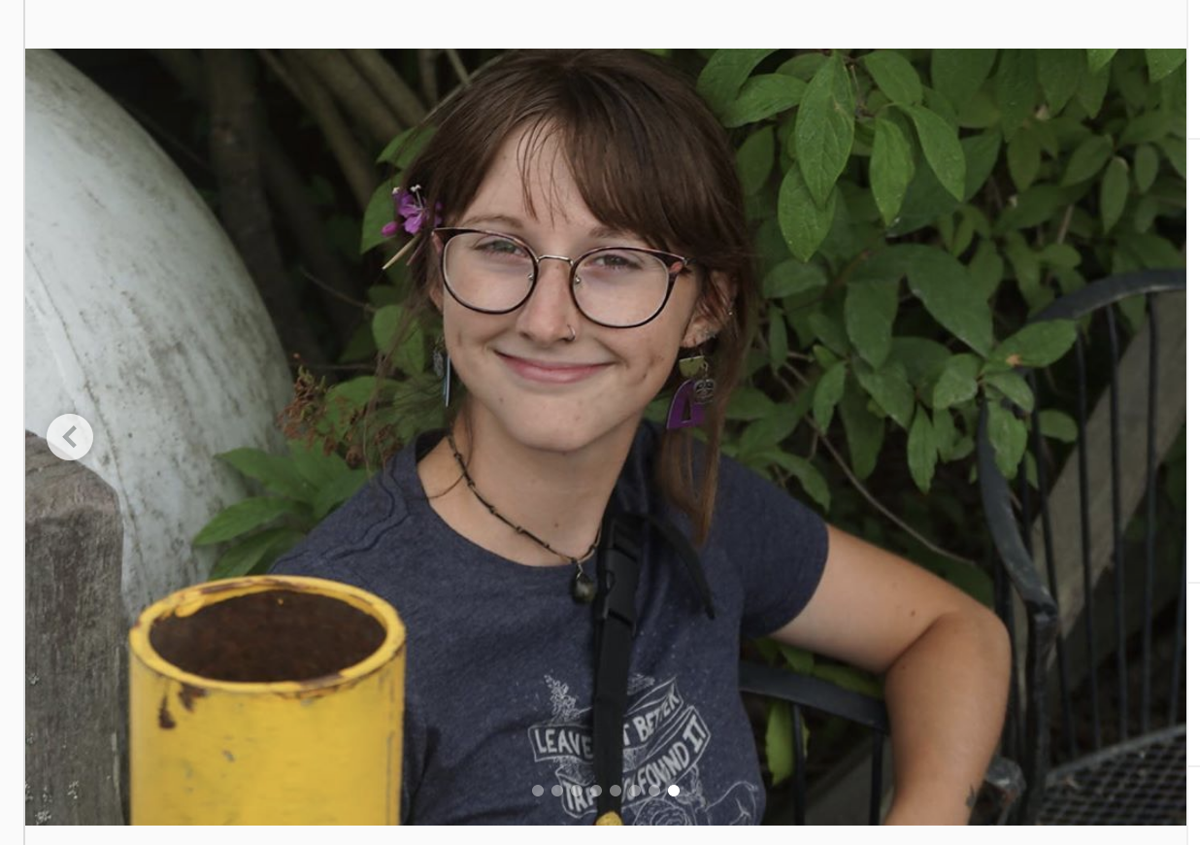 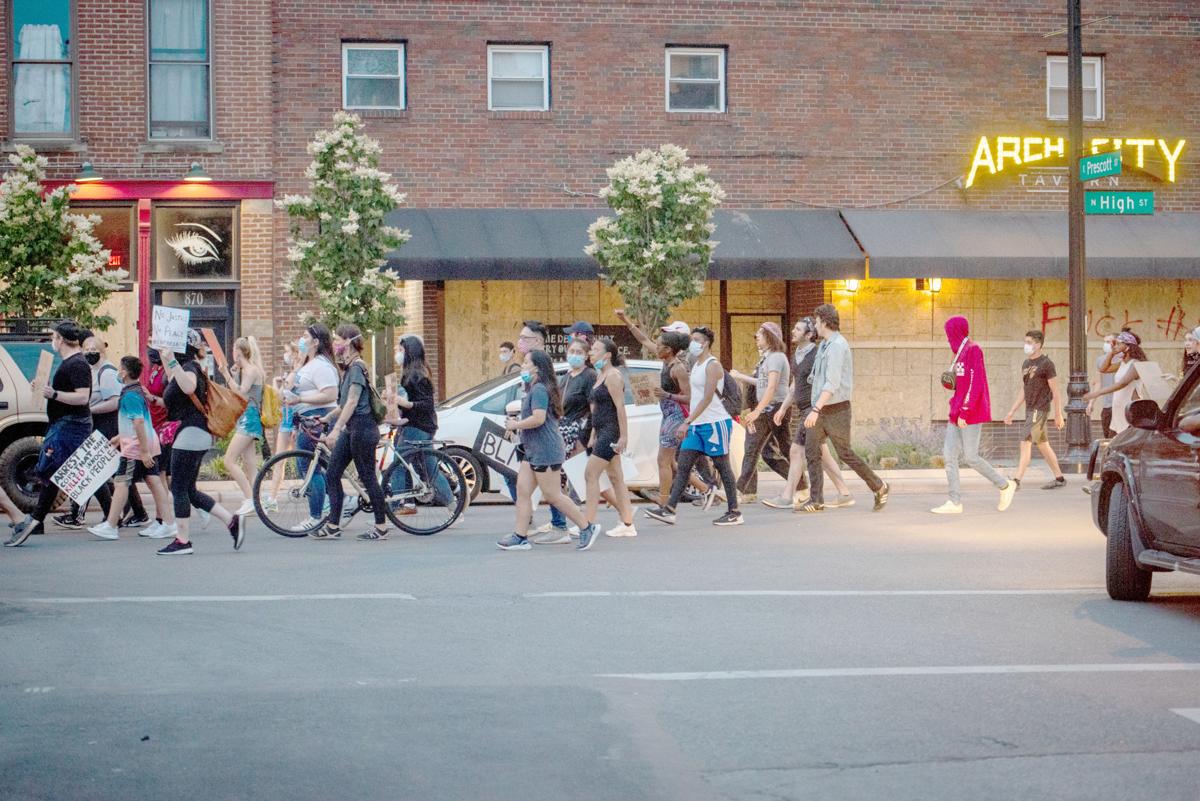 Demonstrators in Columbus protest the death of George Floyd.

The cause of death of Sarah Rae Grossman, a 22-year-old Ohio State University graduate who attended a protest in Columbus May 28 could be known as early as next week, but it doesn’t appear she died as a result of tear gas exposure.

Grossman, who graduated May 3, died May 30 at Sycamore Hospital in Miamisburg, a suburb of Dayton. She was found unresponsive by family members at their Centerville home and rushed to the hospital.

Grossman attended a protest in response to the death of George Floyd, a handcuffed black man who died in Minneapolis when white former Minneapolis police officer Derek Chauvin pressed his knee into Floyd’s neck for nearly nine minutes on May 25.

Since Floyd’s death, protests have been held across the state and the country. Some led to violence, theft and thousands of arrests.

Social media posts immediately linked her death to being tear gassed and her family, which has asked for privacy during this ordeal, issued a statement through attorneys Coolidge Wall Co., L.P.A., of Dayton. The CJN received a copy of the statement June 10.

“We are devastated by the sudden and tragic loss of our daughter Sarah Grossman. Due to media speculation regarding her death, we felt it necessary to make a brief statement at this time. Sarah did attend a rally in Columbus on May 28, 2020, where she was exposed to pepper spray. Autopsy and toxicology reports are not complete and there is no evidence at this time that pepper spray caused her death.

“Although all reports are not final, we do know from preliminary toxicology reports that there was no evidence of any accidental or intentional drug overdose as was apparently reported and suspected by an emergency room nurse. Sarah had no known peanut allergy or asthma as speculated. Therefore at this time, the cause of her death remains unknown, and we will look to the medical examiner’s findings in determining cause of death.”

The Montgomery County Coroner Office said autopsy results are expected no later than next week – and not the original time frame of two months.

“We are fast-tracking as possible. I know in the original press release, our usual line is eight weeks. It’s probably not going to be the end of this week because we sent some to a national laboratory for blood cells, so I’m hoping by the end of next week.”

Harshbarger, who has been the coroner since 2012 and has worked in the coroner’s office since 2002, said his office is not handling this case differently than others.

“Her case is being worked up as every other case that we work on through our office,” Harshbarger said. 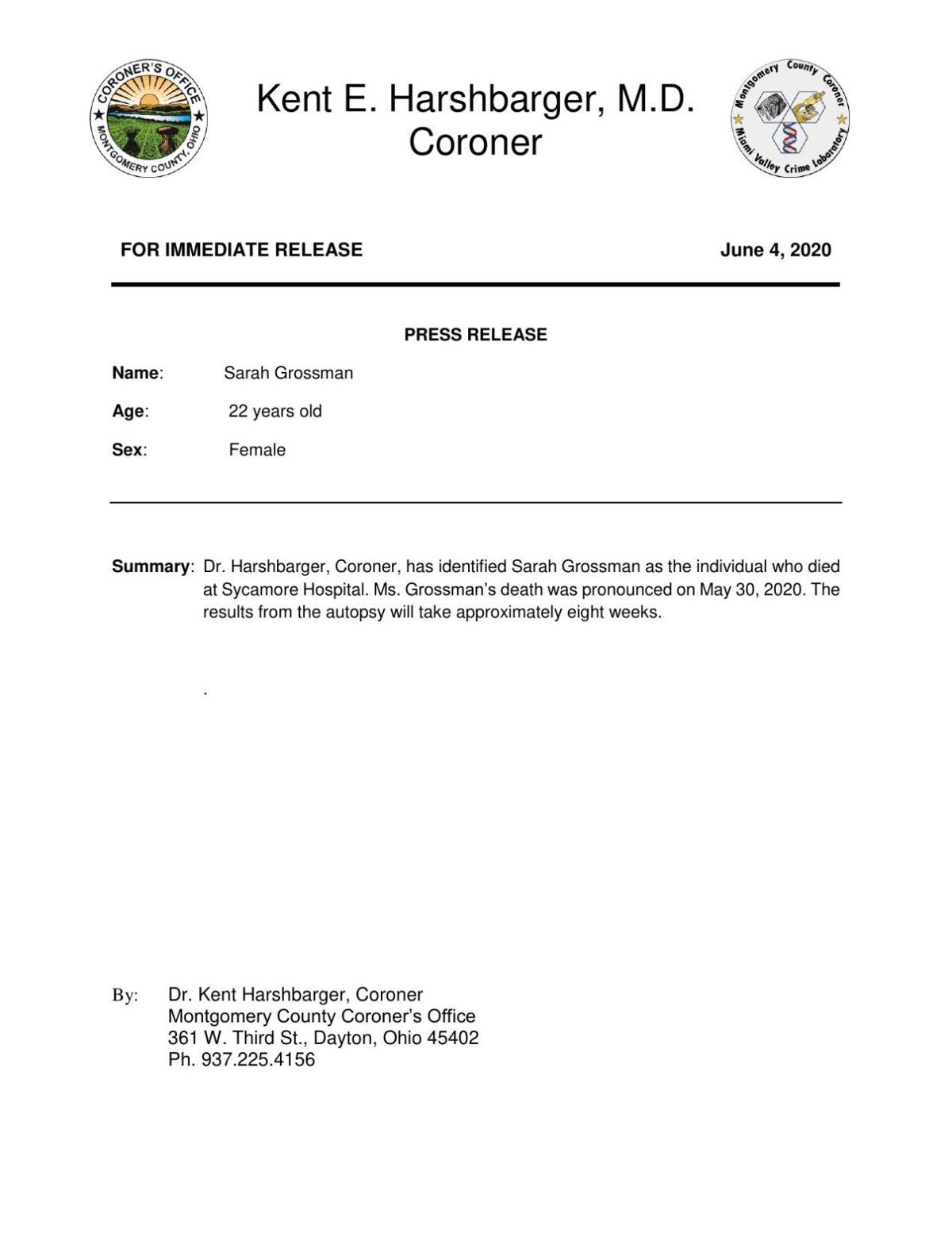 The city of Columbus posted on Twitter it had seen social media reports of a young woman passing away as the result of being sprayed by police during a protest in Columbus, but it had no reports of EMTs being dispatched to the scene.

Robin Davis, director of media relations for Columbus Mayor Andrew J. Ginther, told the CJN June 10, “There were no EMS calls or transports for someone named Sarah Grossman. There wasn’t anyone with that at name at Columbus-area hospitals.”

Davis said the city doesn’t know what happened after Grossman left the protest.

“We still would want any information, any first-person accounts, any photos and videos, and while we haven’t received that, we have received a number of social media accounts.”

She offered the city’s condolences.

“It’s a hugely tragic loss of life,” Davis said. “Any time we see a young person, a part of our community die, that’s tragic for all of us.”

Grossman, who was born Oct. 7, 1997, in Naperville, Ill., was a 2016 graduate of Springboro High School, about 15 miles from Dayton. She received a Bachelor of Science degree in environment and natural resources from OSU.

Prior to the COVID-19 pandemic, she planned to complete a second degree in Spanish in 2021 while attending the Universidad of Belgrano in Buenos Aires.

According to her obituary: “Sarah had spent the past two summers in Guatemala researching the harvesting industry. After graduation, she planned to pursue work promoting positive environmental, climate and land-use policies, assisting migrant workers and indigenous communities. She wanted to help the voices of the undeserved be heard. She opened our eyes to both lovely ideas and ugly truths. In addition to being a full-time student, she was a hard-working employee, having held over six jobs in her short life. ... We will forever miss those big dimples and sweet smile. Those who knew her will understand what a beautiful soul the world has lost.”

In a tribute on Instagram, Grossman’s sister, Jessa, wrote: “If you had ever met Sarah, you know that she impacted every person’s life that she touched. She never cared about what anyone thought of her, only caring about helping others.

“She has been my rock, my biggest inspiration and role model, and most importantly the best friend I have ever had. I promise to carry on her legacy and finish the things she was starting. I will always love you and no day will go by where I don’t think about you with love from your little sister.”

Grossman worked at Stauf’s Coffee Roasters, which posted a statement on Facebook signed by “the Stauf’s and Cup o’ Joe Family”:

“It is with heavy hearts that we mourn the death of one of our own today, Sarah Grossman. Her ability to make anyone feel comfortable, coworkers and patrons alike, kept our stores warm. At Stauf’s, Sarah was known for her devotion to keeping the workplace green by implementing environmentally-friendly practices on and off the clock. Outside of the store, she fought even harder for issues she cared about, including the Rainforest Alliance, and the Black Lives Matter movement.

“As a peaceful protester this weekend, she stood up to end police brutality and was tear gassed as a result. Her death came in the aftermath, but her legacy stands even stronger. Stauf’s is working diligently on plans to honor her and the other peaceful organizers risking their lives in pursuit of justice. May Sarah’s memory ring through the streets of Columbus and give her fellow fighters reason to push on. Stauf’s is proud to have known such a brave individual.”

Grossman is also survived by her parents, Todd and Christi Grossman, of Springboro.

A celebration of life will be held at a later date. Memorial donations can be made to borgenproject.org or rainforest-alliance.org.