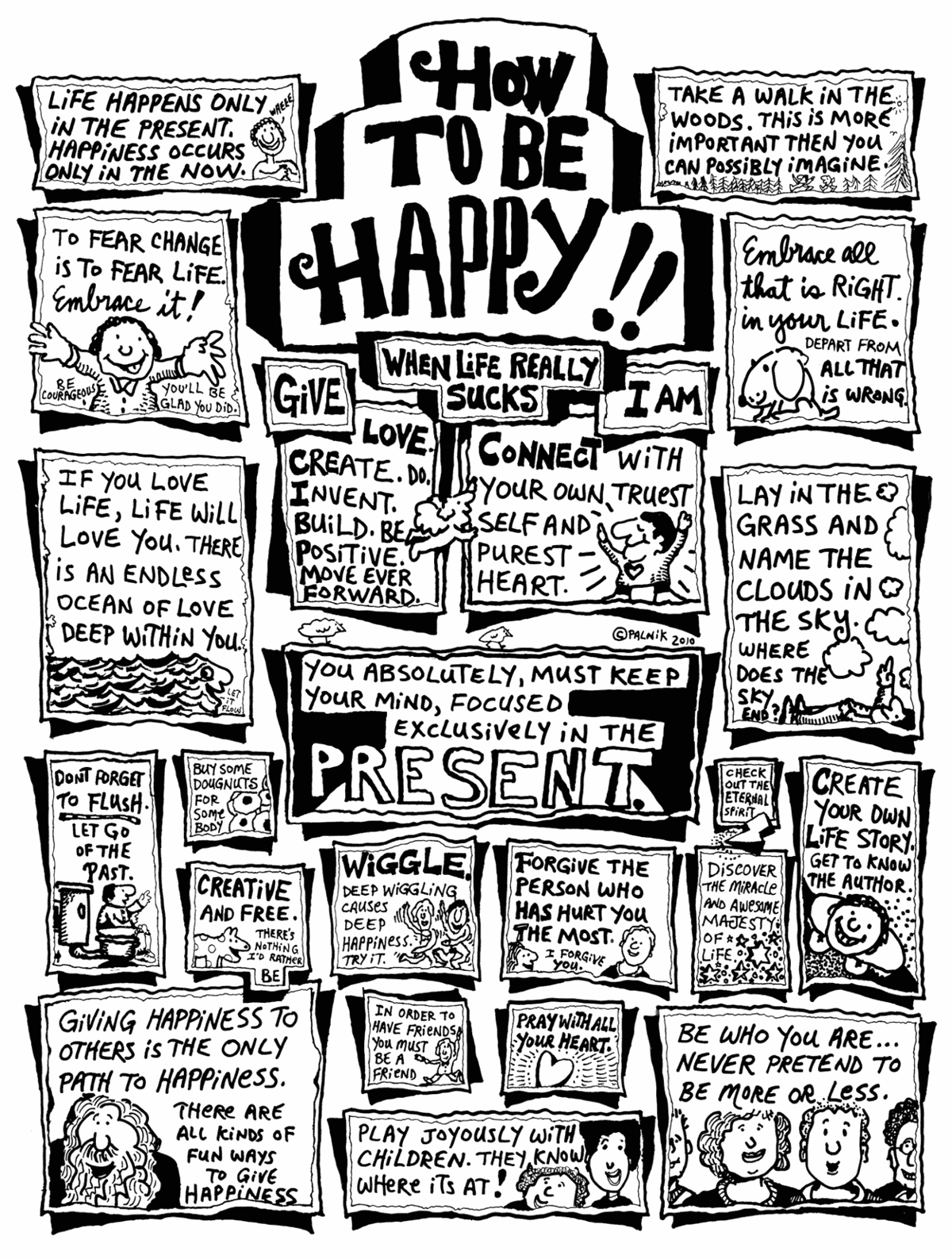 “How to Be Happy!!” by Paul Palnik 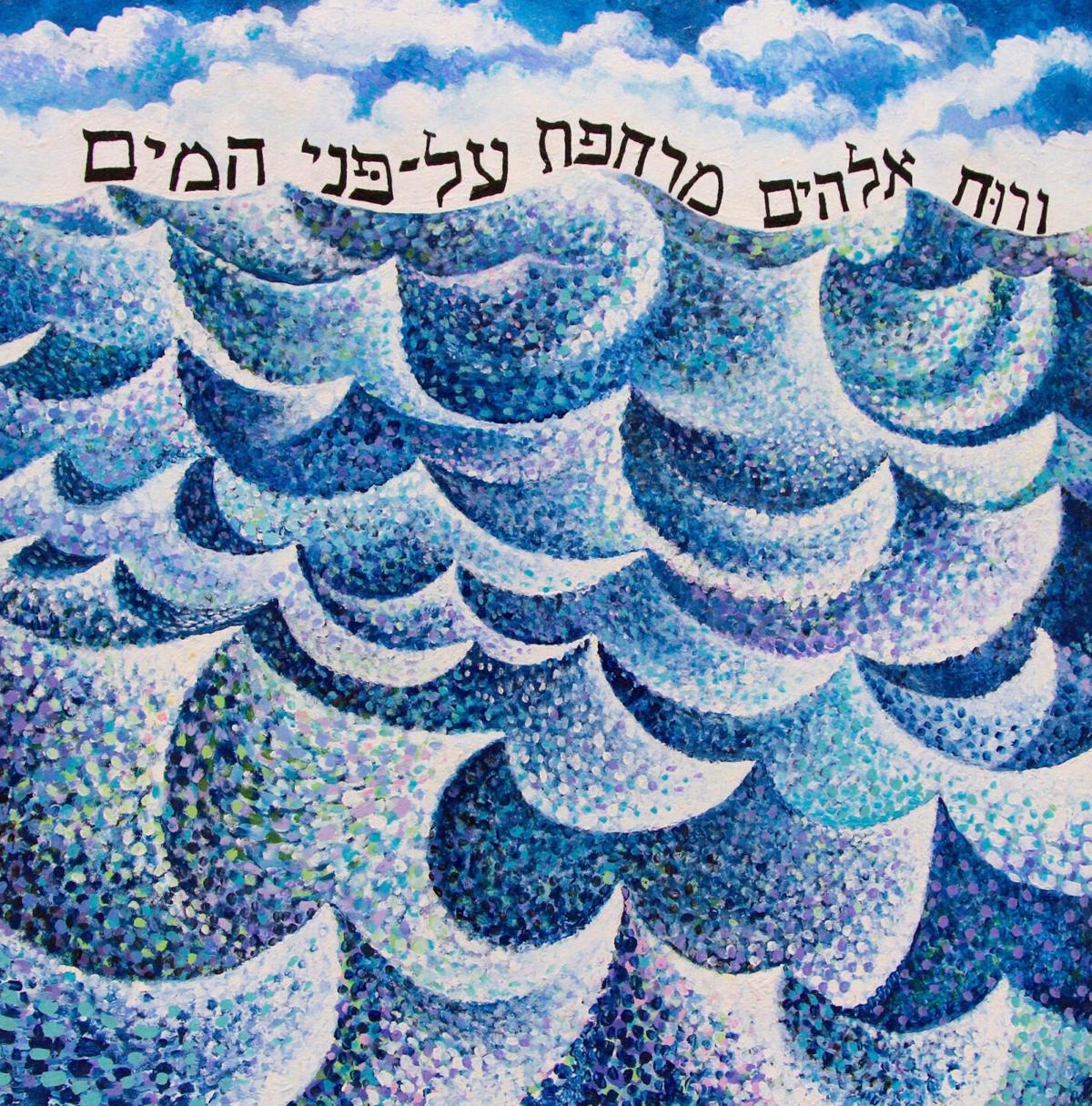 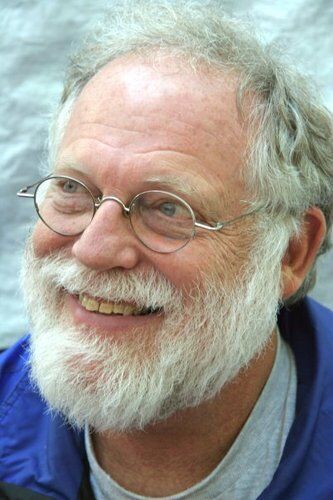 “How to Be Happy!!” by Paul Palnik

Paul Palnik, a Columbus-based cartoonist and painter who worked with American Greetings, the Jerusalem Post, the Columbus Dispatch and Muse Magazine, passed away at 75 on Aug. 13, 2021.

His wife of 44 years, Nancy Palnik, said he was an artistic spirit at heart, calling him a “meditator” that was always studying philosophy and art. Born in Cleveland in 1946, Palnik received a Bachelor of Fine Arts and a Master of Arts degree from The Ohio State University in Columbus.

“When we met, I knew he was an artist,” Nancy Palnik told the Cleveland Jewish News. “He was working in a rehab facility for alcoholics and I was a nurse there. He said he was going to take me to Israel and I thought this guy was just off the charts. But we did move, he was studying to be a rabbi, and we stayed for a year.”

While in Israel, he still created – and Nancy Palnik said that’s when he decided to pursue art full time because he felt “he could reach more people with his art instead of standing at a pulpit.”

“We moved back to Columbus and that is what he did for years,” she said. “He opened a studio in the Short North neighborhood, Palnik Studios, and he did that until he got sick in 2015. He always did his own thing, illustrating books. He tried to reach all kinds of people through his artwork about life in a humorous yet profound way.”

Along with his knowledge gleaned while studying to become a rabbi, Nancy Palnik said her husband was very spiritual, with his Jewish identity at the forefront. Using that connection, he created art people didn’t know they needed to see – until they did.

“He was just always who he was, and people resonated with that,” she said. “Later in his life, it was ‘I am a Jew and this is who I am. That is it. Period.’ He used a lot of religious themes in his work and it was how he touched people.”

Hundreds of pieces of Palnik’s works are on display at Ohio State’s Billy Ireland Cartoon Library & Museum in Columbus. Jenny E. Robb, curator and associate professor, said he is part of a “long history” of Jewish cartoonists that impacted the art form.

“He developed a unique and recognizable cartooning style that proved to be immensely popular in poster form,” Robb wrote in an email to the CJN. “As humorous and life-affirming as they are visually striking, his elaborate cartoons invite the viewer to return over and over, discovering something new each time. His work was often profound, drawing on his Jewish heritage and faith while maintaining a universal appeal.”

Their family was close-knit – everyone had a unique relationship with him, Nancy Palnik said. But, her husband also had a way to impact people he’d never met or only interacted with a few times over his 75 years.

“In his later years, he couldn’t get out as much so he posted on Facebook,” she said. “When he passed away, our son Elijah posted a note up and I could not believe the outpouring of love. (His followers) had never met him, but they said he changed their lives. That is what got me through his death. I could not believe the number of people he reached. That was beautiful, and still is.”

In the Facebook post, their son Elijah wrote, “For good reason, I carried closely the fear of this particular day for the entirety of my adult life. Now, it has come to pass and I’m met with a plethora of emotions that I had not previously expected. As a family, we are certainly grieving, yet there is an undeniable sense of relief and calm permeating throughout our household. It’s almost as if the main character in the most beautiful story finally made it home.”

And, even in death, that beautiful story is far from over, Nancy Palnik said.

“He will live on in all of us, and I hear and feel that every day,” she said. “It was as beautiful as death could be. And he’ll always be part of our lives. Even when I’m outside in the beauty of nature, I’ll think about him. God is everywhere, and so is he.”

Along with his wife, Palnik is survived by their children, Matthew Palnik, Judah (Amber) Palnik, Elijah (Tuli) Palnik and Naomi (David Nabet) Palnik; brother, Michael (Beryl) Palnik; and many friends and supporters.