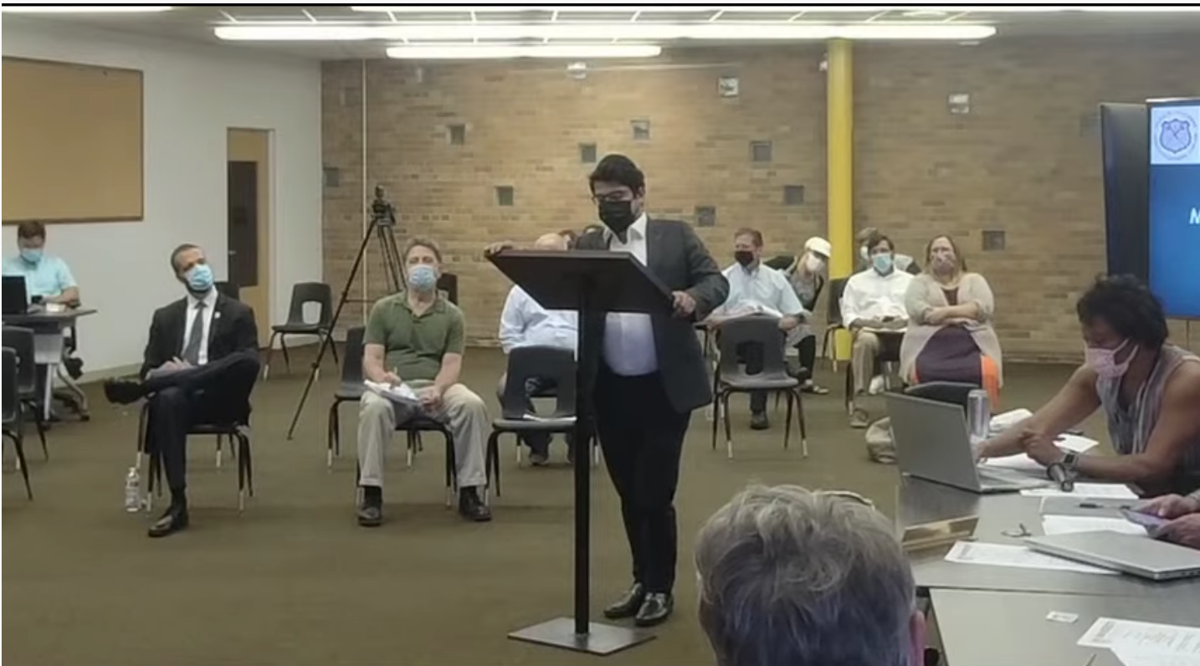 Rabbi Eric “Yitz” Frank addresses the University Heights City Council Sept. 9 saying women and children were traumatized by the presence of an unmarked SUV at the corner of Milton Road and University Parkway on Sept. 7, the first day of Rosh Hashanah. 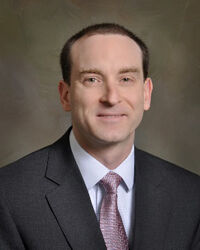 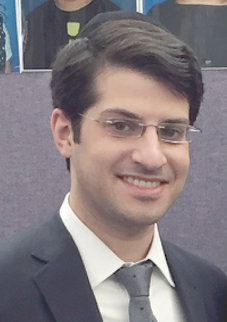 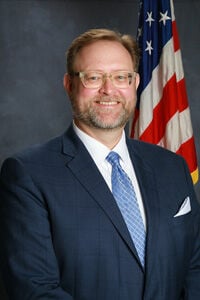 The city of University Heights hired a private investigator at an undisclosed cost to observe Jews entering and exiting the Aleksander Shul on the first day of Rosh Hashanah in connection with a lawsuit involving the city and the shul.

Rabbi Eric “Yitz” Frank, executive director of Agudath Israel, which represents Orthodox families and day schools, called the incident “an absolute outrage” as he approached University Heights City Council about the incident at its Sept. 9 meeting.

“Mothers walking with their children to synagogue … were deeply traumatized by this event,” he said at the meeting.

Michele Weiss, vice mayor of University Heights, told the Cleveland Jewish News Sept. 10 people came to her house on Sept. 7, the first day of Rosh Hashanah, “because I don’t answer the phone or drive or anything” in observance of the holy day.

“Wednesday evening I was just fielding phone calls and texts all night,” she said.

Weiss said she spoke with the police chief and law director in the morning of Sept. 9 “to understand what this meant.”

Luke McConville, University Heights city law director, told the CJN in a Sept. 11 email, “The city’s administration informed the University Heights Police Department that an individual may be present to observe the property at issue in this case to see if the occupancy limit established in the court order was complied with.”

On July 27, Cuyahoga County Judge Joan Synenberg issued an amended order that allowed the shul to continue operations on Shabbat and the High Holy Days through Sukkot. The city initially attempted to block operation of Aleksander Shul because of code violations. Under Synenberg’s order, maximum occupancy in the building was limited to 36, excluding eight to 10 family members of Rabbi Shnior Denciger.

“Police Chief (Dustin) Rogers informed Jewish Federation Security Director Jim Hartnett that the city planned to observe the site and provided background that the city and the Aleksander Shul are currently parties to litigation,” McConville wrote in his email to the CJN.

Rogers confirmed to the CJN he informed Hartnett on Aug. 27 “the possibility of some type of private surveillance occurring in the future in the area of this location.”

McConville said the private investigator was hired at the advice of Isaac Wiles Attorneys at Law in Columbus, which the city has retained for the Aleksander Shul case.

At the council meeting, McConville said the parties are in the midst of retaining a third-party neutral mediator to resolve the dispute.

At the Sept. 9 council meeting, Weiss criticized Mayor Michael Dylan Brennan and Isaac Wiles Attorneys at Law, which authorized the tactic. Brennan was not at the meeting because his father had taken ill that night and subsequently died.

Brennan, a first-term mayor who is facing two challengers in the Nov. 2 general election, said he hoped to avoid that outcome in a Sept. 13 emailed statement to the CJN.

“The investigator observed 50 people entering the house, in seeming violation of the court’s order limiting capacity to 36,” Brennan wrote.

“The city and the Federation have worked in cooperation throughout this administration to improve security in the vicinities of religious sites and neighborhoods with observant residents,” Brennan wrote. “In this instance, the city was especially interested in avoiding any potential concern or suspicion, while openly collecting evidence legal counsel required for the litigation.

I regret that the confusion occurred,” Brennan said. “We are sensitive to the history of oppression suffered by the Jewish people, while simultaneously bound to uphold the law evenly for the benefit of the community.”

Brennan added JFC Security, LLC, which provides security for the Jewish Federation of Cleveland, “did not disseminate word of this to those working in the field, resulting in the confusion the city expressly sought to avoid."

The Federation issued the following statement to the CJN Sept. 14: “JFC Security, LLC’s job is to work with law enforcement to help provide security to Jewish Cleveland. When we were notified of a suspicious vehicle, we responded promptly as the community expects us to do.”

Brennan wrote that despite Aleksander Shul’s “seeming noncompliance” with Synenberg’s order, “the city nevertheless remains willing to go to mediation to bring about a mutually agreeable resolution that satisfies the city’s concerns of the safety and welfare of the community and ensures compliance with the Ohio Building Code.”

Mike Cook, communications and civic engagement coordinator for the city of University Heights, said the cost of the private investigator will likely be rolled into the legal fees for the Columbus law firm.

“A city should not be spying on its own residents ever, especially during one of the holiest days of the year for our Jewish residents,” Weiss said at the meeting. “It’s unconscionable that if this was Easter or Christmas that this would even be contemplated. City council is shocked by the behavior of the mayor and the outside law firm and will look at our options in dealing with the situation.”

At the council meeting, Frank spoke of the responsibility of the city to foster a sense of community.

“We have a responsibility to take overt steps to promote our sense of community, sense of safety and unity, and this is just one sad example of that breakdown,” he said. “I’d like to make sure that this type of activity never happens again. And if residents continue to feel targeted or threatened, that in itself is a breakdown.”

Weiss told the CJN the situation could have been handled in other ways that would not have incited fear.

The owner of the Aleksander Shul has appealed $65,000 in fines levied against the synagogue by retired Shaker Heights Municipal Court Judge K.…