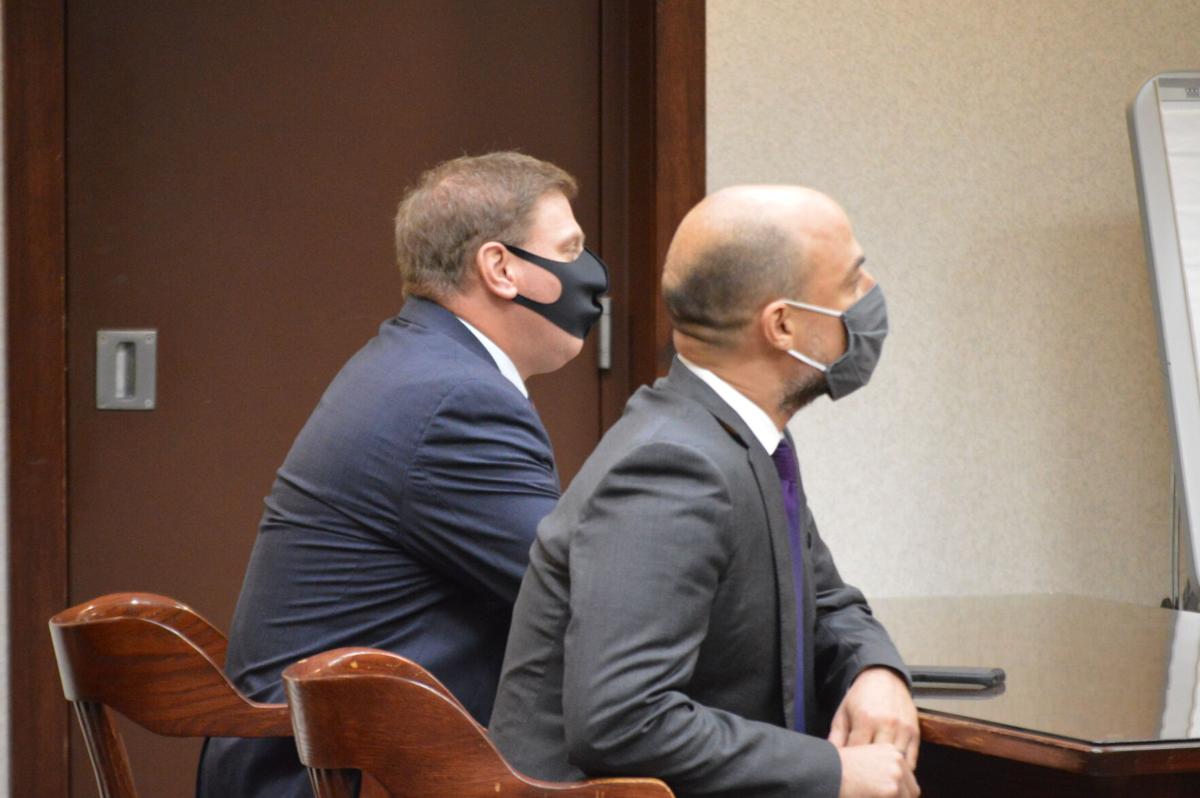 He filed his motion April 27 to dismiss the first-degree misdemeanor, which was for interfering with the civil rights of another person. The case has not been assigned a judge and now awaits a judge’s order.

Flaiz wrote he “does not pass judgment on the merits of this case.” 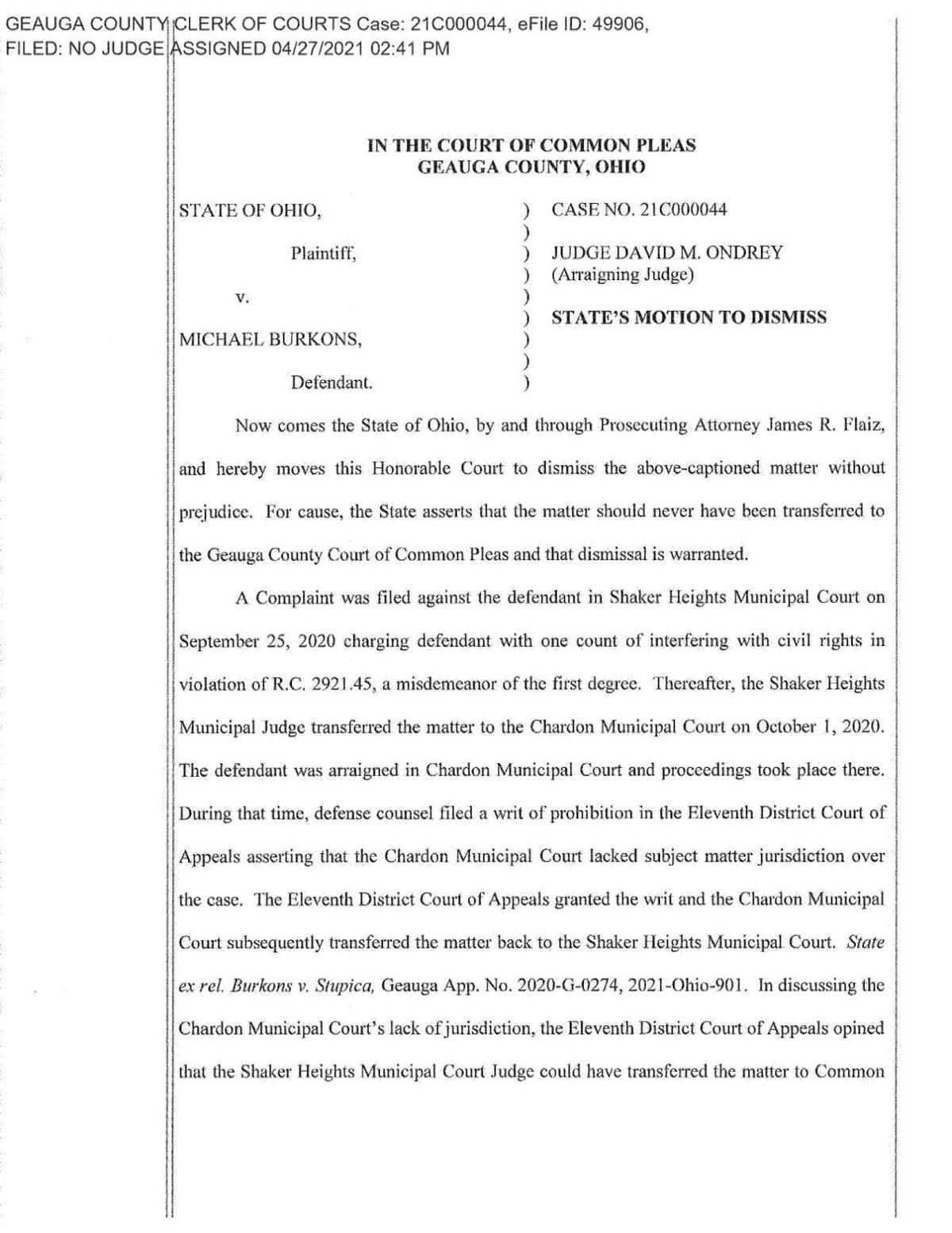 “It is apparent that a fair and impartial trial cannot be held in this court,” Montgomery wrote in her journal entry.

While she had the authority to transfer the case to Geauga County, according to Flaiz, “The Geauga County Prosecutor’s Office determines whether matters should be prosecuted here.”

Flaiz requested the court dismiss the case without prejudice.

“A prosecutor in Cuyahoga County can determine whether this case should be refiled in the proper venue,” Flaiz wrote.

In addition, he wrote, “The state of Ohio is requesting that the city of Beachwood be ordered to pay the costs in this case.”

Scalise, the University Heights prosecutor, had initially taken the case without payment after Scalise was assigned to the case by Montgomery after Beachwood Assistant Law Director Nathalie Supler asked to be removed from the case because of a conflict of interest.

In an appeal with the 8th District Court of Appeals in Cleveland, Burkons’ lawyer, Peter Pattakos of the Pattakos Law Firm LLC of Fairlawn, challenged the appointment of Scalise as special prosecutor in the criminal proceedings against Burkons. He lost that challenge in a three-judge ruling.

Flaiz advised Scalise in a March 26 letter that she had no authority to prosecute the case in Geauga County.

Pattakos previously won his appeal in the 11th District Court of Appeals in Warren challenging both the jurisdiction of Chardon Municipal Court Judge Terri A. Stupica in the case as well as the change of venue to Chardon.

“As there is currently a motion pending in the Geauga County common pleas court, the city has no immediate comment,” Beachwood Mayor Martin J. Horwitz told the CJN in a statement through a spokesman.

“I think this case is over,” Pattakos told the CJN April 28.

When contacted by the Cleveland Jewish News April 28, Scalise had no comment.