Rabbi Howard Kutner at the bimah in Menorah Park’s sanctuary. 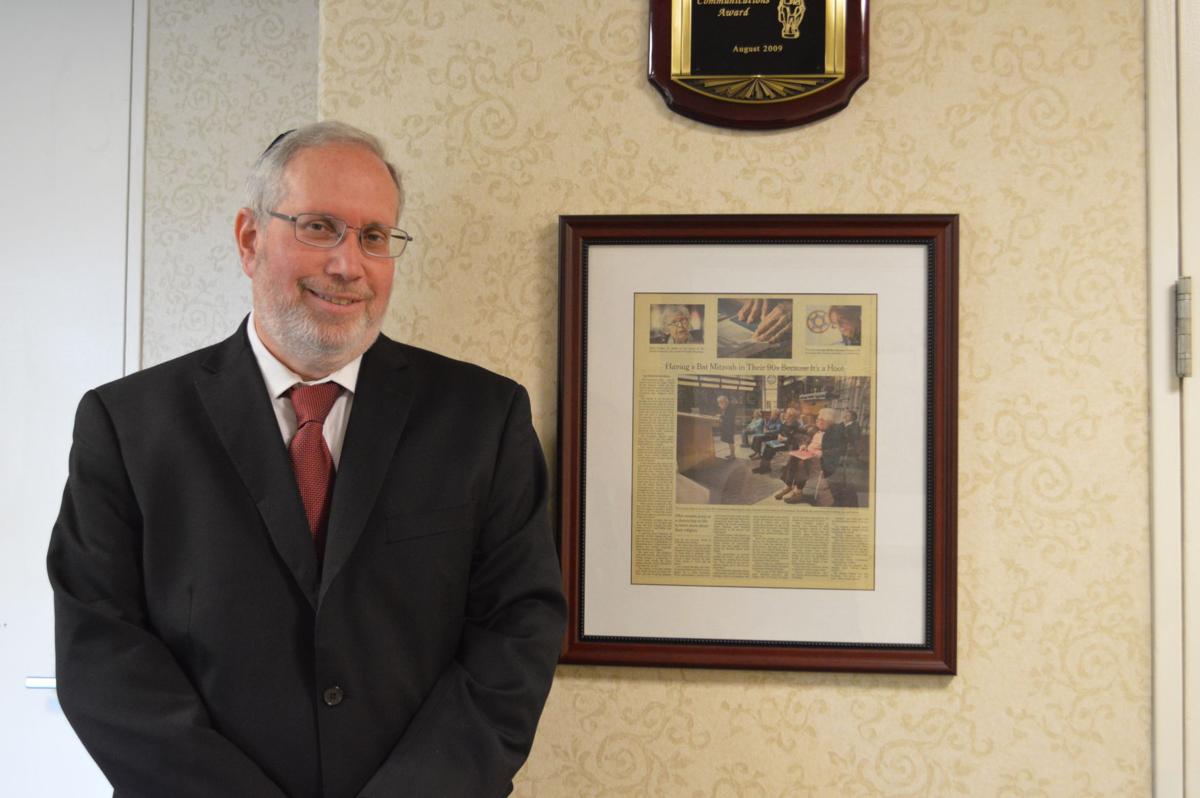 Kutner remembers when he first performed b’not mitzvah for a group of Wiggins Place residents in their 90s, which was covered by national news.

Rabbi Howard Kutner at the bimah in Menorah Park’s sanctuary.

Kutner remembers when he first performed b’not mitzvah for a group of Wiggins Place residents in their 90s, which was covered by national news.

After 13 years as associate rabbi at Menorah Park, Rabbi Howard Kutner is now junior to no one at the Beachwood senior health care facility, after becoming director of spiritual living last week when Rabbi Avraham Cohen resigned.

Kutner is no rookie. At Menorah Park, he already performed b’not mitzvah for groups of 90-plus-year-old women – the oldest known in history, which was widely reported in national news outlets, as well as the Cleveland Jewish News–  facilitated vow renewals for residents and tended to spiritual needs of those at many phases of aging, both observant and non-observant, and their families. He’s also sensitive to the spiritual needs specific to his aging congregants.

“When you become their rabbi, it’s a wonderful thing because many of them are no longer members of synagogues at their advanced age,” Kutner said. “They can still feel like they have a rabbi that cares about them and has taken care of their religious and spiritual needs.“

Kutner, who grew up in Queens, N.Y., and received rabbinic training at Yeshiva University in New York City, came to Beachwood after working as a pulpit rabbi at Beth Israel Synagogue in Omaha, Neb. He was drawn to the quality Cleveland-area educational opportunities for his four children, leading him to the Menorah Park position.

“It was always a partnership between myself and the senior rabbi,” he said.

As associate rabbi, Kutner was primarily responsible for providing spiritual services to residents in Menorah Park’s apartment buildings, R.H. Myers Apartments, Wiggins Place and Stone Gardens, which led him to conduct b’not mitzvah for the group of 90-plus women in 2009. He found the women, who were raised in a time when b’not mitzvah were not performed, were still skilled at Jewish learning and he calls performing the services the best experience of his rabbinic work at Menorah Park thus far.

“It gave the women and their families much pride, much sense of accomplishment that they were able to achieve this milestone in their lives at this age,” he said.

Now years later, he’s done more rounds of senior bat mitzvahs, his children are all graduates of the Hebrew Academy of Cleveland in Cleveland Heights and Kutner is ready for the next role.

Trained as an Orthodox rabbi who aims to be inclusive of all segments of the Jewish community, Kutner said the biggest challenge in his new position will be to meet the spiritual needs of everyone equally. He’s also trained as a chaplain, making him fit to oversee non-Jewish residents’ spiritual life in some ways as well.

Moreover, he won’t have to go it alone. Rabbi Joseph Kirsch, who has been Judaic programmer, rabbi and hospice chaplain at Menorah Park for the past eight years, is now associate rabbi.

Kutner, who resides in Beachwood with his wife, Nechama, said he hopes to increase participation in Menorah Park religious services by residents’ family members and the larger community.

“I’d like to create a type of service on the Sabbath, on Shabbat, that will attract more people than we are currently getting,” he said, adding he would like to team up with local synagogues to attract people. “I’d like to make it some kind of service that is very dynamic, inspiring, with congregational singing – something that people across the board, regardless of their affiliation, really would appreciate and enjoy and gain from.”

Their parents would have kvelled