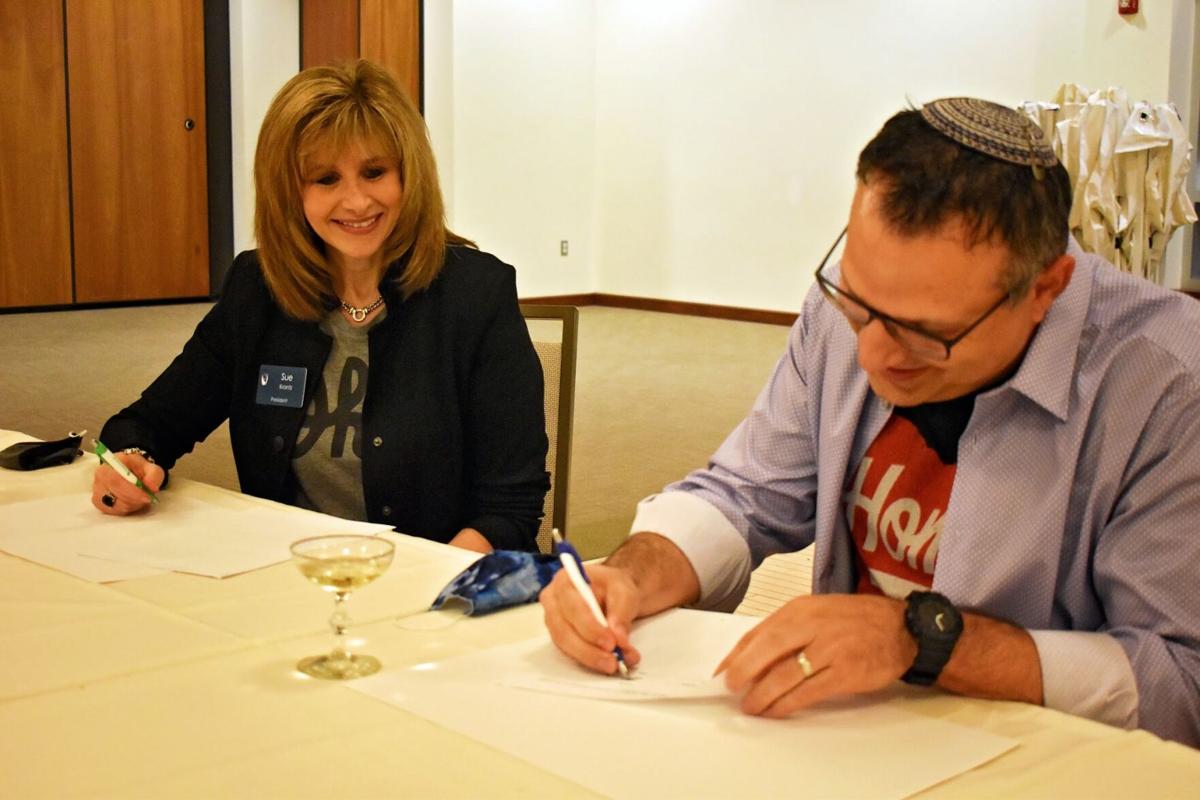 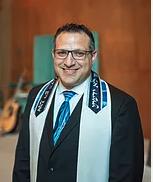 Rabbi Matt Cohen is coming home to be the next rabbi of Temple Emanu El in Orange.

He will succeed Rabbi Stephen L. Denker, who announced in February he plans to retire May 31, 2022.

Cohen grew up in Beachwood and has many friends and family in Northeast Ohio, according to a Nov. 21 email to Temple Emanu El members from temple president Susan D. Krantz, and Mitchell Cronig and David Sperling, who are co-chairs of the rabbinic search committee.

Cohen’s wife, Erin, grew up in Akron and went to Revere High School in Richfield. They live with their son, Ayden, in Galveston.

Cohen posted on Facebook: “When Erin Cohen and I embarked on my rabbinic journey nearly 15 years ago little did we know that it would eventually come full circle. I am honored to share that as of July 1, 2022, I will serve as the next Senior Rabbi of Temple Emanu El - Orange Village, Ohio. Erin, Ayden and I look forward to all that awaits us back home in Cleveland. I am eager to partner with the dedicated, talented and enthusiastic TEE professional staff team and lay leadership.

“I am grateful and blessed to guide the souls of this congregation and to be a part of a new chapter in the history of TEE; one that we will write together. We are overjoyed to reunite with our Cleveland and Akron family and friends and give back to a community that has always been a significant part of our lives – even from a distance. This is also bittersweet for us. When the time comes, it will be hard to say farewell to our extended family in Galveston who have taken us in as their own. We have been so blessed to be a part of such an extraordinary community – one that will always hold a special place in our hearts. I am overwhelmed with gratitude and appreciation for all the people who helped shape and prepare me to come back home. Thank you for being a part of my spiritual journey and placing.”

Cohen and his wife both attended The Ohio State University in Columbus and were married at Beth El Synagogue in Akron. He graduated with a bachelor’s degree in psychology in 1999 and was ordained from Hebrew Union College-Jewish Institute of Religion in Cincinnati in 2012. He served Congregation Ahavath Chesed-The Temple in Jacksonville, Fla., from 2012 to 2015 as assistant rabbi, and from 2015 to 2018 was the associate/solo rabbi. He previously served as membership coordinator and music director at Anshe Chesed Fairmount Temple in Beachwood. They have also lived in South Euclid and Israel.

During his tenure in Jacksonville, Cohen created musical worship experiences, led a monthly Shabbat evening service with a teenage band and a monthly Shabbat service with his Friday Night Live band made up of congregants, according to that temple’s website. Cohen also oversaw the b’nai mitzvah program and the youth groups, and offered learning opportunities such as a weekly Torah study, a weekly discussion with the older population on current events and Jewish teachings, a bimonthly Pirkei Avot class, introduction to Judaism and other classes focused on holidays and worship, the website said.

Cohen, who is a blues guitarist, also was responsible for lifecycle events, pastoral care and supervision of committees and staff. He was an active member in the Jacksonville community at large, serving on The Jacksonville Human Rights Commission, as a regular participant at an interfaith program at University of North Florida in Jacksonville, and as a speaker on interfaith panels and discussions throughout the Jacksonville area.

“We are so grateful to our entire congregation and our staff for the energy and engagement you have shown during our search process,” Krantz, Cronig and Sperling wrote in the email to the congregation. “Your input guided our search process throughout and led to this successful result. We are excited about our future at TEE under Rabbi Cohen’s rabbinic leadership.

“We are also very grateful to Rabbi Denker for his 18 years of rabbinic service to our TEE community. We look forward to continuing to work with him through the end of his current contract on May 31, 2022 and beyond.”

Denker came to the temple as interim rabbi in 2004 and became permanent rabbi in 2006. He shepherded the congregation through its relocation from University Heights to Orange. Rabbi Alan S. Green was founding rabbi in 1947. Other rabbis were Rabbi Andrew Paley and Rabbi Daniel Roberts, who is rabbi emeritus.

Temple Emanu El has a membership of 350.

Publisher's note: Sue Krantz is a member of the Cleveland Jewish Publication Company Board of Directors.