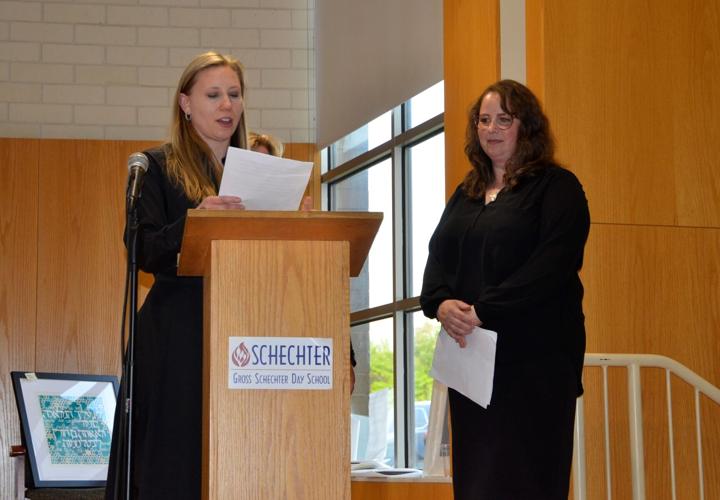 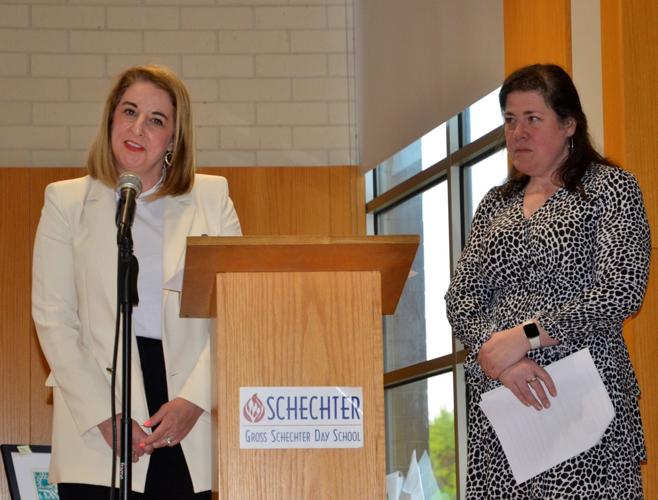 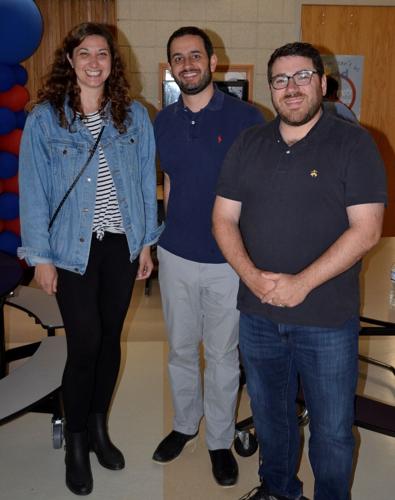 Gross Schechter Day School in Pepper Pike held its annual meeting June 7, the first to take place in person since 2019 due to CIVOD-19.

President Abigail Stadlin introduced her son, Charles, of the Gross Schechter class of 2021, and the previous year’s winner of the Coleman Brosilow Award, to present a d’var Torah.

Dara Yanowitz offered remarks on behalf of both the Jewish Federation of Cleveland and the Jewish Education Center of Cleveland, where she serves as a board member for both.

Head of School Ginny Galili reflected on the successes of her first year in the role.

“Our students obtain academic excellence while immersed in a joyous, Jewish living and learning environment,” Galili said in a news release.

She went on to highlight the 38 current parents who are Schechter alumni themselves. The school now has 41 alumni children enrolled.

Sarah Zimmerman, vice president of the board, presented the Gary L. Gross Award for Teaching Excellence to first-grade Judaics teacher Sara Rancman, a seven-year teacher at the school.

Rancman brought to mind the words of Maria Montessori.

“The greatest sign of success for a teacher is to be able to say, the children are now working as if I did not exist,” she said in the release.

The evening began with a musical performance by Rancman’s first graders.

The evening’s other award, the Gross Schechter Service Award, was presented to the three Jewish Family Service Association of Cleveland interns who have been an integral part of the preschool, library and kitchen staff, according to the release.

Heidi Solomon, the director of Horvitz YouthAbility at Jewish Family Services Association, attended as a representative of JFSA.

Several staff members were commended for reaching significant milestones for their time at Gross Schechter:

• Rotem Green and Shana Berlas both reached the 10-year mark ;

• Jennifer Kercher was honored for 15 years;

• Bryan Eaton celebrated his 21st anniversary at the school.

The meeting concluded with a celebration of Stadlin, whose tenure as president came to a close after a three-year term.

Erica Lazzaro will serve as the next board president.

Alison Potash, Benjamin Brown, Ari Milgrom and Michael Milgrom were all nominated as new additions to the board of directors, each serving a three-year term.