Sanford D. Doss, who was convicted of aggravated vehicular homicide in the deaths of Arthur Gugick and Barbara Fried Becker, filed an appeal to the Eighth District Court of Appeals on Nov. 26.

Morgan P. Caruso represented him prior to his sentencing based on a plea of no contest. 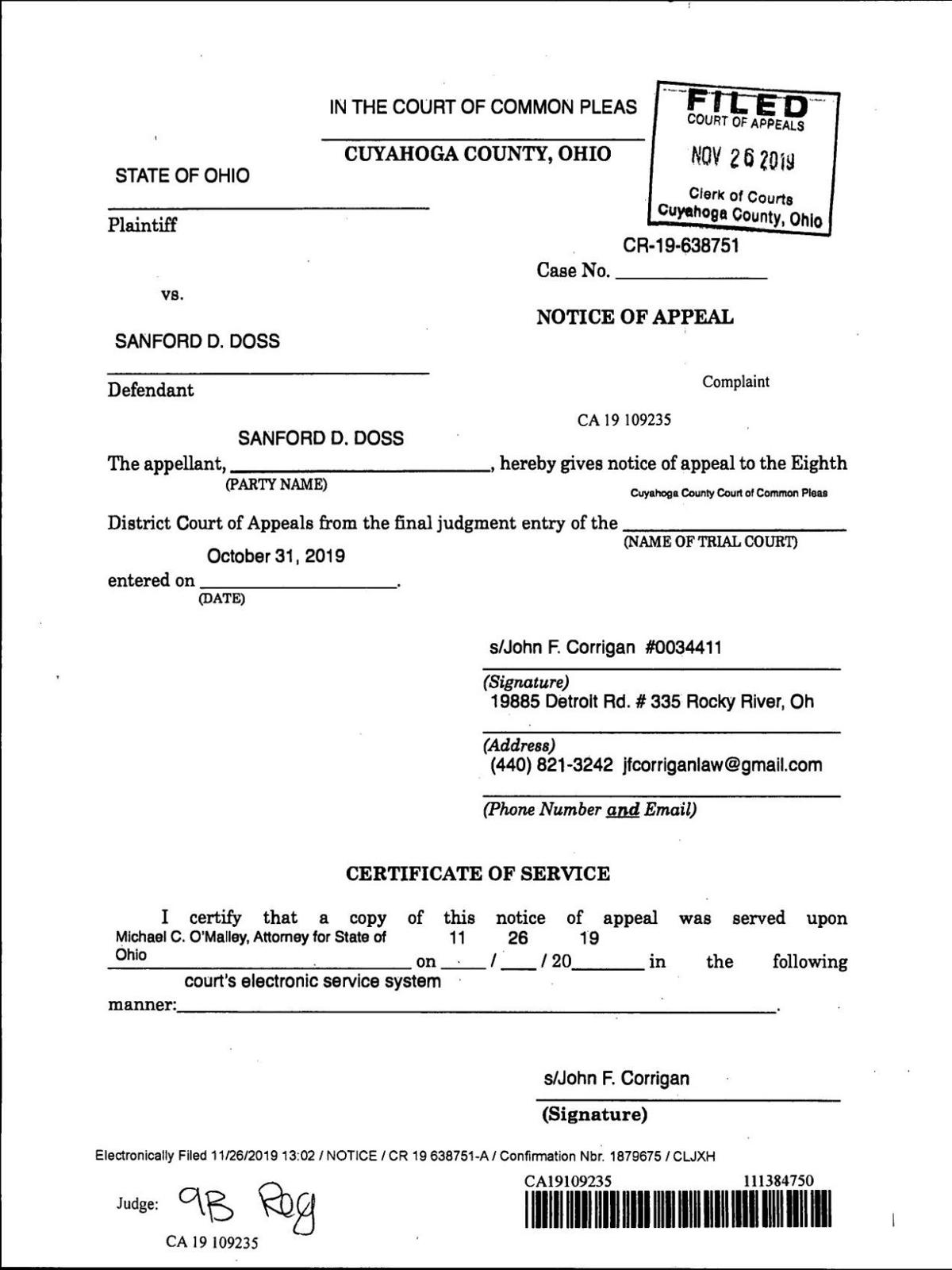 He decided to waive a trial in order to preserve his right to appeal.

Doss was driving a rented 2019 Chevrolet Silverado at about 10:30 p.m. when his vehicle collided with a Nissan Altima driven by David Caraballo, an Uber driver, at Warrensville Center and South Woodland roads. Caraballo broke his wrist and arm in the crash.

Doss was also charged with vehicular assault in Caraballo’s injuries.

Doss was found guilty on four counts of aggravated vehicular homicide, two counts of aggravated vehicular assault and two counts of driving while under the influence. He was sentenced to a range of 16 to 19½ years in prison under the new “The Reagan Tokes Law.” According to a news release, the law implements “an indefinite sentencing system for non-life felonies of the first- and second-degree in which the judge imposes both a minimum term (from the current sentencing range) and a maximum term (that includes an additional 50% of the minimum term imposed).”

Gugick was a math teacher at Beachwood High School. Becker was a fundraiser who had been hired as development director at Hanna Perkins Center.

Sanford Doss sentenced to a maximum 19 ½ years in prison