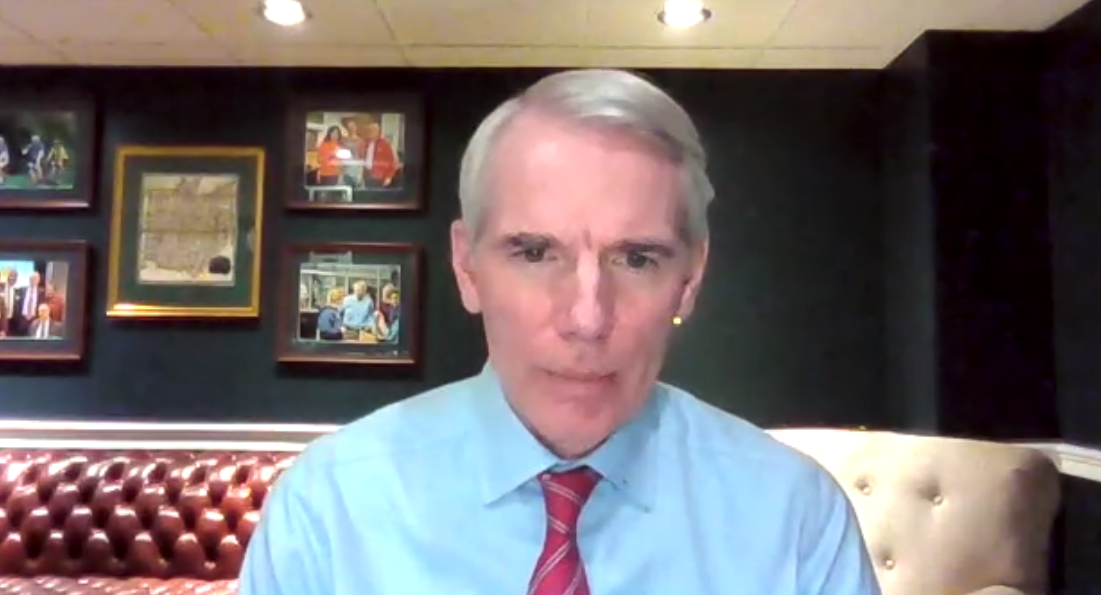 Sen. Rob Portman addresses Jewish media about combating anti-Semitism in Ohio and nationwide, and other topics April 26 in a Zoom briefing. 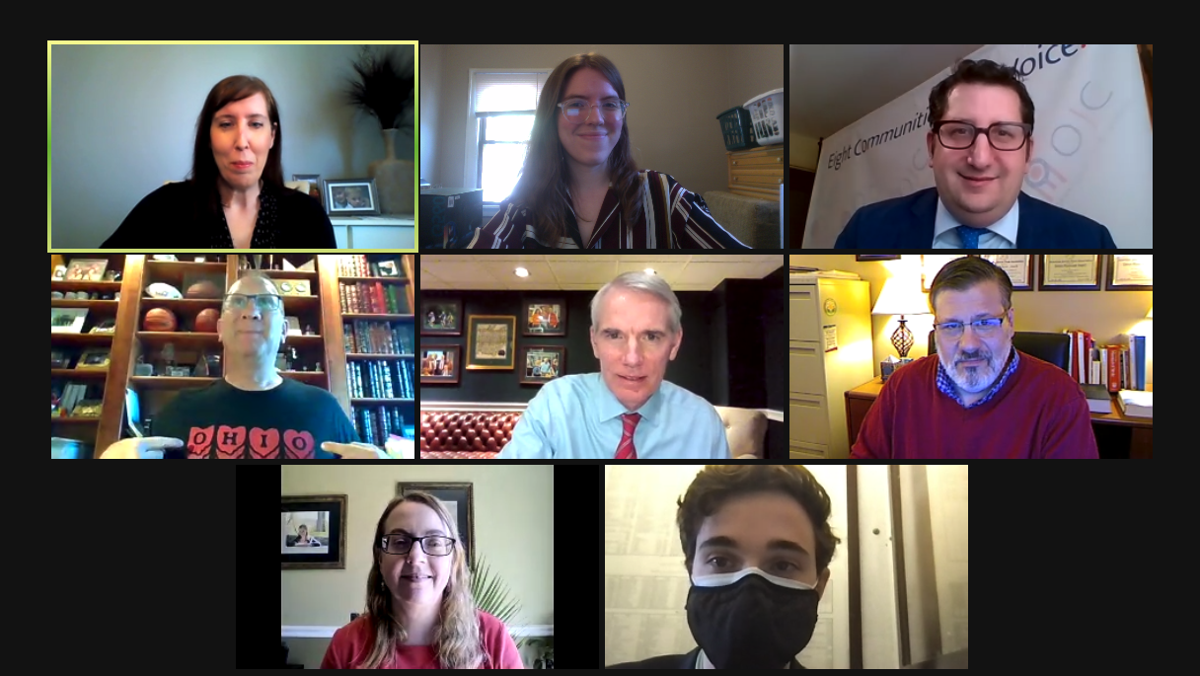 Members of Jewish media meet with Ohio Sen. Rob Portman for a briefing on topics important to the Jewish community both statewide and nationally during a Zoom meeting presented by Ohio Jewish Communities April 26.

Sen. Rob Portman addresses Jewish media about combating anti-Semitism in Ohio and nationwide, and other topics April 26 in a Zoom briefing.

Members of Jewish media meet with Ohio Sen. Rob Portman for a briefing on topics important to the Jewish community both statewide and nationally during a Zoom meeting presented by Ohio Jewish Communities April 26.

Republican Ohio Sen. Rob Portman addressed Jewish media about combating anti-Semitism in Ohio and nationwide, and other topics April 26 in a Zoom briefing.

Speaking from Washington, D.C., Portman was the third speaker in the Jewish media briefing series, following Ohio Secretary of State Frank LaRose and Ohio Attorney General Dave Yost. The event was organized by Howie Beigelman, executive director of Ohio Jewish Communities in Columbus, and co-sponsored by the Cleveland Jewish News, the Columbus Jewish News and The Dayton Jewish Observer.

Growing up in Cincinnati surrounded by a large Jewish community has impacted the way he handles Jewish issues in politics, specifically focusing on making sure Jewish institutions have security protections, Portman said.

As part of the Nonprofit Security Grant Program by the U.S. Department of Homeland Security, he was able to secure up to $180 million for Ohio security needs, which is being used “widely in Ohio, particularly in the Jewish community.”

Referencing the boycott, divestment and sanctions movement, Portman said he has an issue with people treating Israel differently than other countries, working to remove the double standard placed on Israel.

“It’s not going to lead to peace in the Middle East, in fact it has the opposite effect,” he said. “I’m also the author of a bipartisan Israel relations normalization act with Cory Booker of New Jersey. Our goal is to build on the success of the Abraham Accords. That was focused on the United Arab Emirates. We’re trying to strengthen that and spread it around the Arab world. We’re trying to normalize relations with Israel, which is important to peace in the Middle East.”

But a lot of Portman’s briefing focused heavily on the rise of anti-Semitism in Ohio and nationally.

“Unfortunately, the past few years has been a tough time in terms of anti-Semitism,” Portman said, a day before the Anti Defamation League released their numbers April 27 stating a record-high 43 anti-Semitic incidents had been logged in Ohio in 2020 – 72% higher than the 25 incidents logged in 2019. “We’ve seen it all over the place. I’m from Cincinnati, where there is a branch of the Hebrew Union College. There was graffiti there, and bomb threats at various Jewish community centers, including the Shaw JCC of Akron last year.”

Recalling the protesters who brandished anti-Semitic signs outside of former Ohio director of health Dr. Amy Acton’s house in May 2020, Portman said incidents like that all across Ohio and the nation “indicates that anti-Semitism sadly has been on the rise and that is concerning.” That’s why public officials like himself need to condemn hateful language, he added.

“(The Republican Party) can never be a party that is viewed as supporting white supremacists or any group that would be for anti-Semitism or discrimination,” he said. “So, it’s important to speak up. It sounds like maybe (speaking up) is not that effective, but it’s the foundation that you build on. Then you work on legislation and initiatives to ensure that you’re putting your funding behind your words.”

But it’s also important that the average member of the Jewish community feels empowered by their identity and ability to speak up against injustice, Portman said.

“For people in the Jewish community who may not feel safe telling people they are Jewish or sending their kids to Jewish day school, that is unacceptable in this country,” he said. “They’re just living their lives, but there is sort of a quiet desperation. I think we all need to stand up and win. We have got to stop this, and I think that is important for everyone, not just someone in an elected office like me.”