A Shaker Heights police officer has been placed on administrative leave after it was reported that the officer “flipped off” Black Lives Matter protesters using his middle finger out the window as he was driving and working as part of the presidential debate detail Sept. 29 in Cleveland.

“The Shaker Heights Police Department unequivocally supports the right of Black Lives Matter and all demonstrators to peacefully protest,” Cole wrote. “We explicitly condemn any action by a police officer that interferes with or disrespects the rights of citizens to demonstrate. We are committed to confronting and rooting out unprofessional and inappropriate behavior within our department, and pledge to move as swiftly as possible in this case. We recognize that behavior such as this damages relationships that we have worked hard to build. We are committed to a police force that protects and represents all people and treats them fairly, and with dignity and respect.” 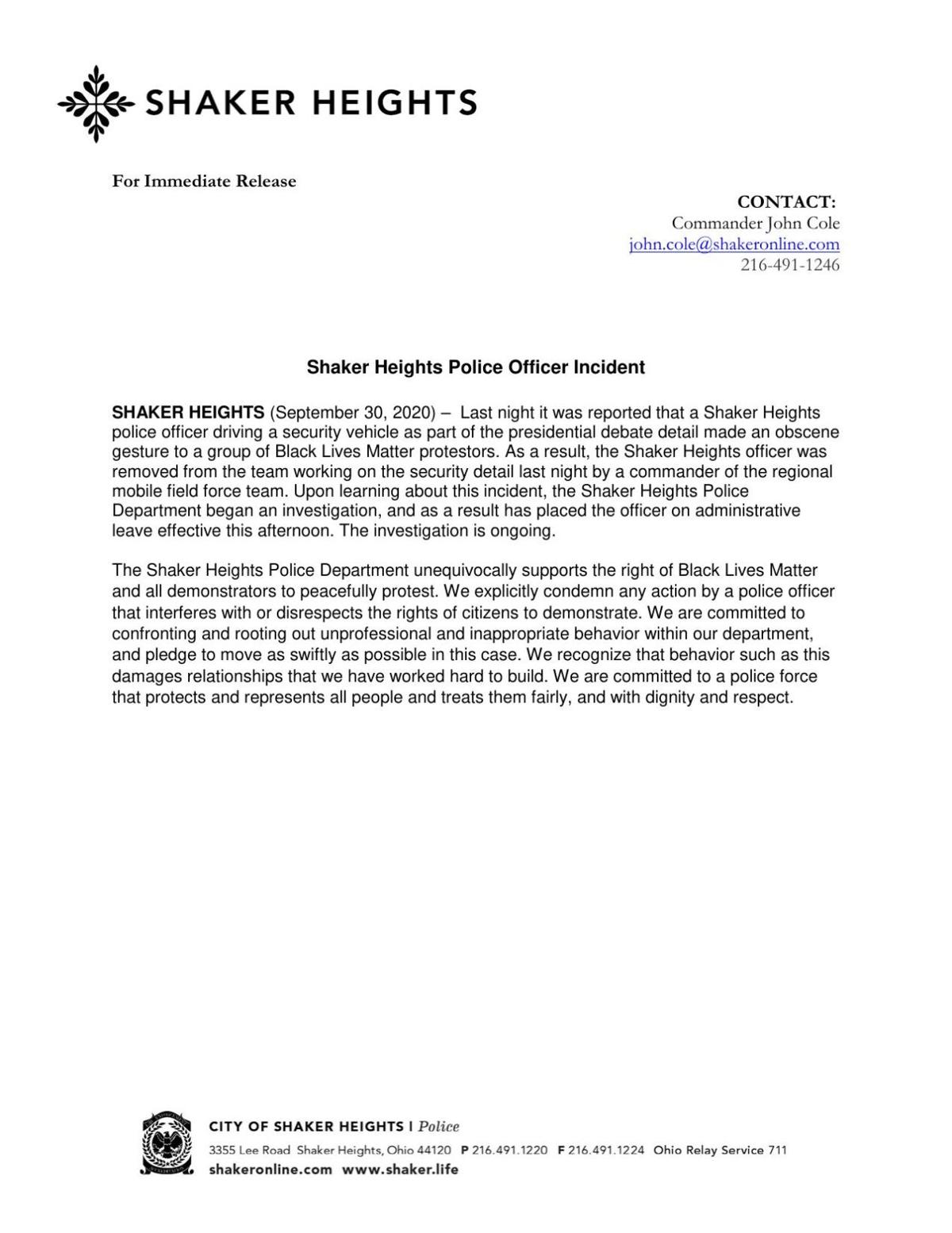