Jennifer Sherman, daughter of Aliza Sherman, confirmed to the Cleveland Jewish News June 18 that Cleveland Chief of Police Calvin Williams sent a letter to the Ohio Bureau of Criminal Investigation asking for its help in three cold case homicide investigations, including the 2013 murder of her mother.

Aliza Sherman, a 53-year-old Cleveland Clinic in-vitro fertilization nurse from Beachwood, was stabbed 11 times March 24, 2013, as she was on her way to meet with her divorce lawyer at his office at 75 Erieview Plaza in downtown Cleveland. She died at MetroHealth Medical Center in Cleveland the same day. 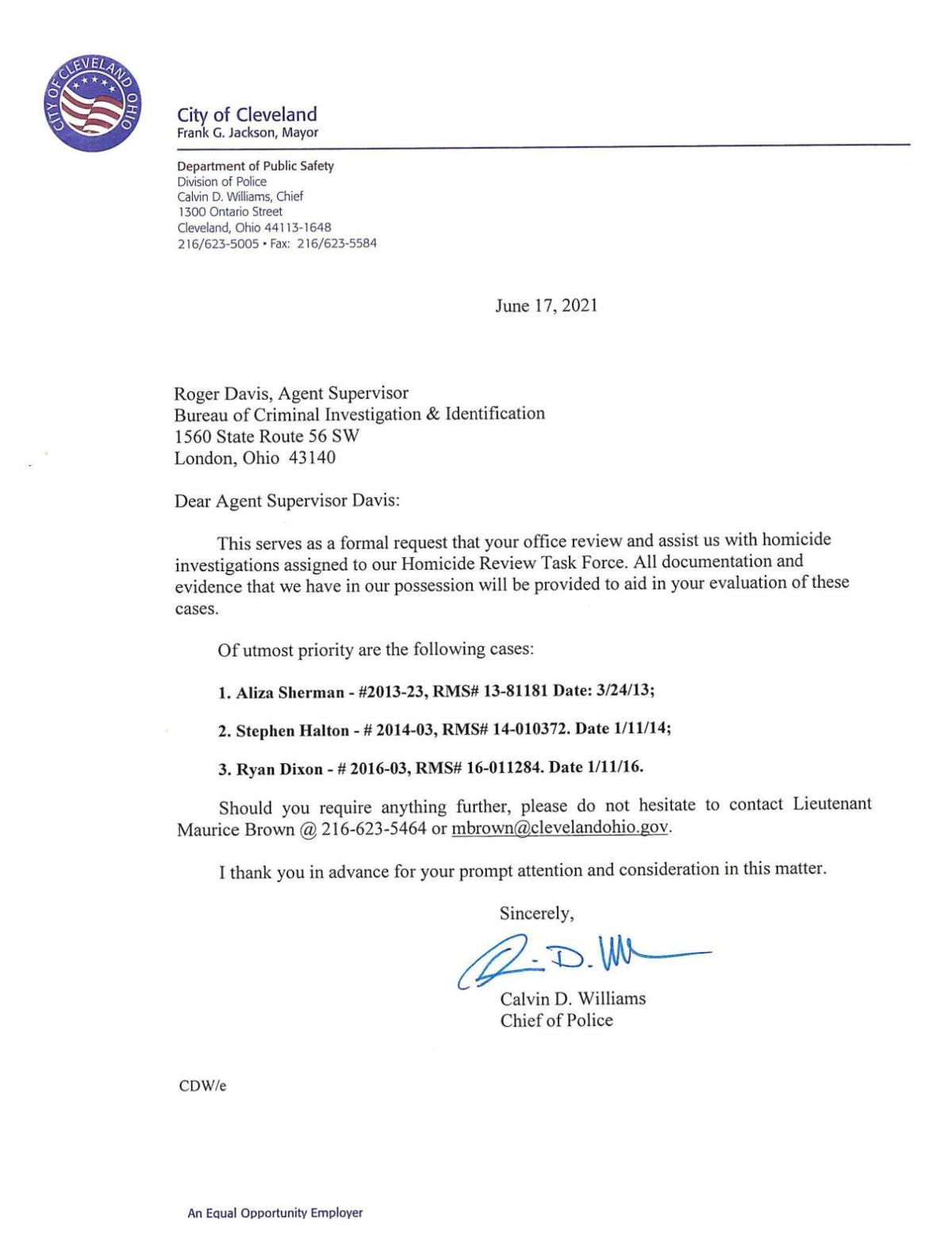 “We’re obviously thrilled to hear that we’re making some progress and a step in the right direction,” Sherman told the CJN. “I remain hopeful that with a fresh set of eyes that we’re one step closer to getting my mom the justice she deserves.”

Upon hearing Williams, the Cleveland Division of Police and the Cuyahoga County Prosecutor’s Office joined forces to seek new options, Sherman said she was “definitely grateful for them joining together as a united force and remaining persistent in their efforts to pursue justice.”

“It’s been eight years and technology has changed,” she said. “I hope that they can do an analysis of DNA, if there is any, or other evidence or the video footage. Things have changed a lot in eight years, it’s almost a decade. Along with a fresh set of eyes, hopefully advances in the world of technology will lead to some new information as well.”

In a statement sent to the CJN on June 18, Attorney General Dave Yost said, “BCI’s Cold Case Unit applies fresh detective work and modern forensic techniques to unsolved cases in partnership with the requesting agency. We look forward to working with Cleveland Police on these cases to secure a measure of justice for the victims’ families.”

The other two cases are the 2014 Stephen Halton case, an anesthesia tech at Cleveland Clinic killed at a Regional Transit Authority stop near Lakeshore Boulevard, and the 2016 Ryan Dixon case, a 22-year-old from Middleburg Heights, who was shot inside his car on Griswold Avenue in Cleveland. No suspects have been identified in any of the three cases.

Documentation and evidence from the three cases will be provided to BCI for its evaluation and assistance in solving them.

Marking the eighth anniversary of her stabbing outside of 75 Erieview Plaza in downtown Cleveland, Beachwood nurse Aliza Sherman’s family and …