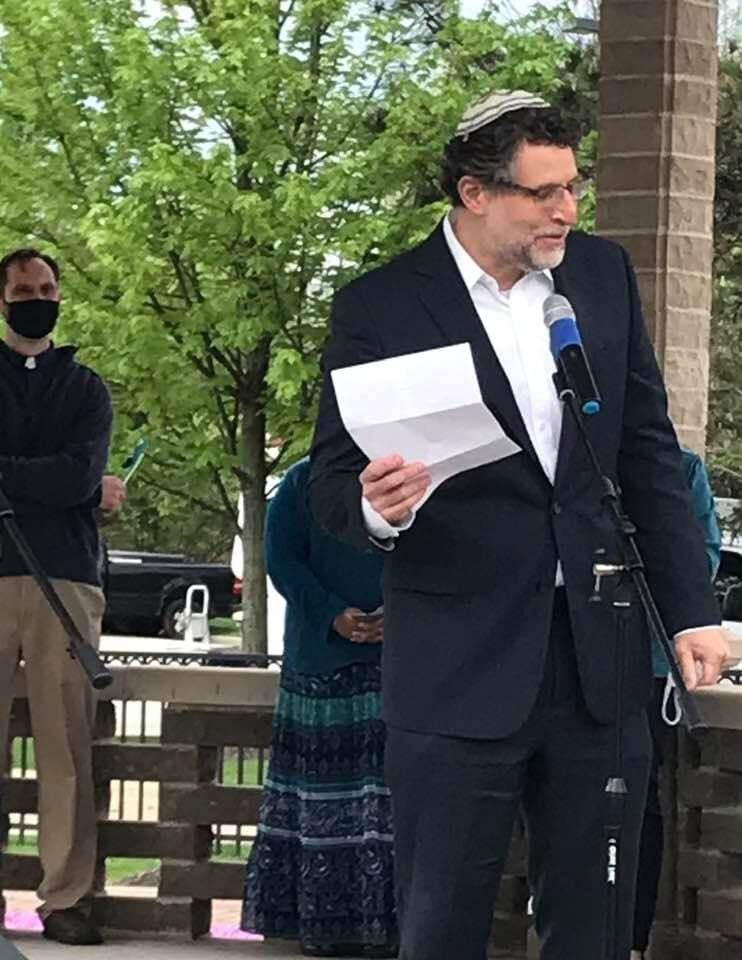 Rabbi Joshua Caruso of Anshe Chesed Fairmount Temple was one of two rabbis to speak at the May 6 event. The other was Rabbi Scott Roland of Congregation Shaarey Tikvah. 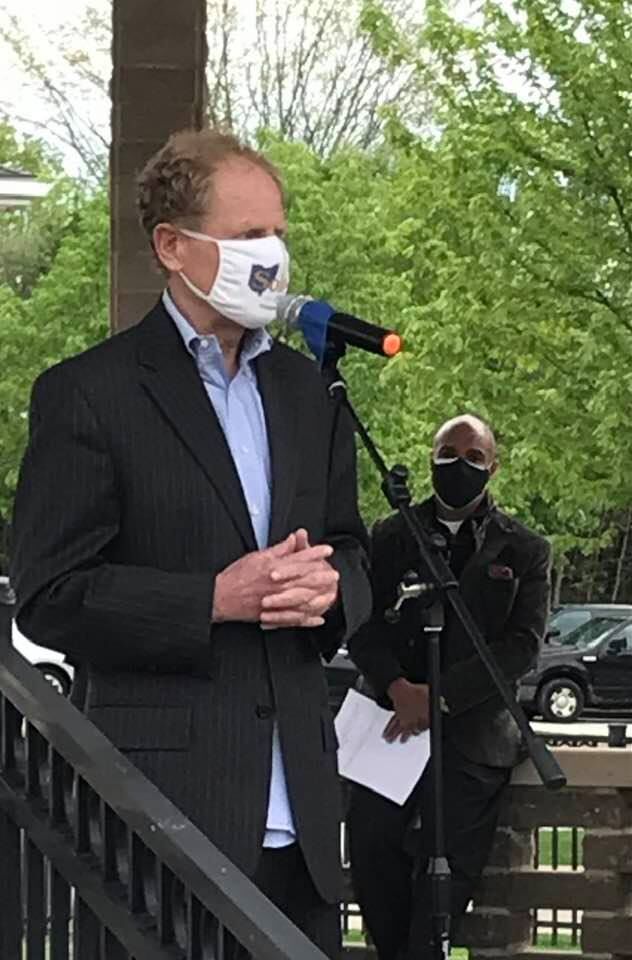 Rabbi Joshua Caruso of Anshe Chesed Fairmount Temple was one of two rabbis to speak at the May 6 event. The other was Rabbi Scott Roland of Congregation Shaarey Tikvah.

Amid a divided world, the Solon Alliance of Interfaith Leaders 2021 National Day of Prayer Interfaith Gathering “Pinwheels for Peace” invited community faith leaders to discuss the world’s need for peace and how communities can create and sustain it on May 6 at Solon’s Veterans Memorial Park’s gazebo.

Featuring representatives from Anshe Chesed Fairmount Temple in Beachwood, Congregation Shaarey Tikvah in Beachwood, Solon United Methodist Church, the Solon Church of Jesus Christ & Latter-Day Saints, the Chagrin Valley Islamic Center in Solon, Advent Lutheran Church in Solon and the Church of the Resurrection in Solon, approximately 40 to 50 attendees heard addresses about hope amid adversity, as well as dealing with the physical and mental losses brought on by the COVID-19 pandemic. The event also featured pinwheels embedded with seeds to be planted.

Rabbi Joshua Caruso of Fairmount Temple said though his temple isn’t part of the Solon community physically, he’s been involved in SAIL for several years because many temple members reside in the city.

“Both (Rabbi Scott Roland of Congregation Shaarey Tikvah) and I agree that we’re kind of like adopted clergy of the Solon community, and we’re very supportive of the community and Mansoor Malik and Simee Malik as they’re on the forefront of interfaith relations through the Chagrin Valley Islamic Center,” Caruso said. “This is a wonderful marriage of Muslim, Jewish and Christian communities.”

Caruso said living in divisive times like these, communities need to make sure they come together like this whenever possible.

“I think more than ever, not just what is going on in the Middle East right now, but also with the animosity happening in our country, what makes these kinds of gatherings so powerful is that we can come together despite our differences,” he said. “You settle in on an essential message of peace, love and connectedness. We’re all people, and we want to hold up that singular value of loving your neighbor and seeing God in the eyes of your neighbor.”

Solon Mayor Eddy Kraus said it “felt amazing” to get back together as an interfaith community.

“A lot of times, SAIL gets together surrounding a tragedy, whether for George Floyd, the mosque shooting or to combat anti-Asian hatred, but this time it was amazing to come together as a community to pray together instead of in light of a tragedy,” he said. “We’re about as diverse as a community can get, so we try to promote an environment where people can be comfortable with their faith, regardless of what it is. And praying together as a community, there are so many ways we can teach and learn from each other.”

Kraus said his speech focused on the blessing of praying as a group.

“The pandemic has been hard for a lot of people. They were alone at home, at their jobs and hopefully now, we’ll never be alone,” he said. “I spoke about how the Jewish faith meets in minyans. The purpose of that is that God hears prayers a lot stronger when you pray together over praying alone. Your prayers are stronger, louder when you do it together.”