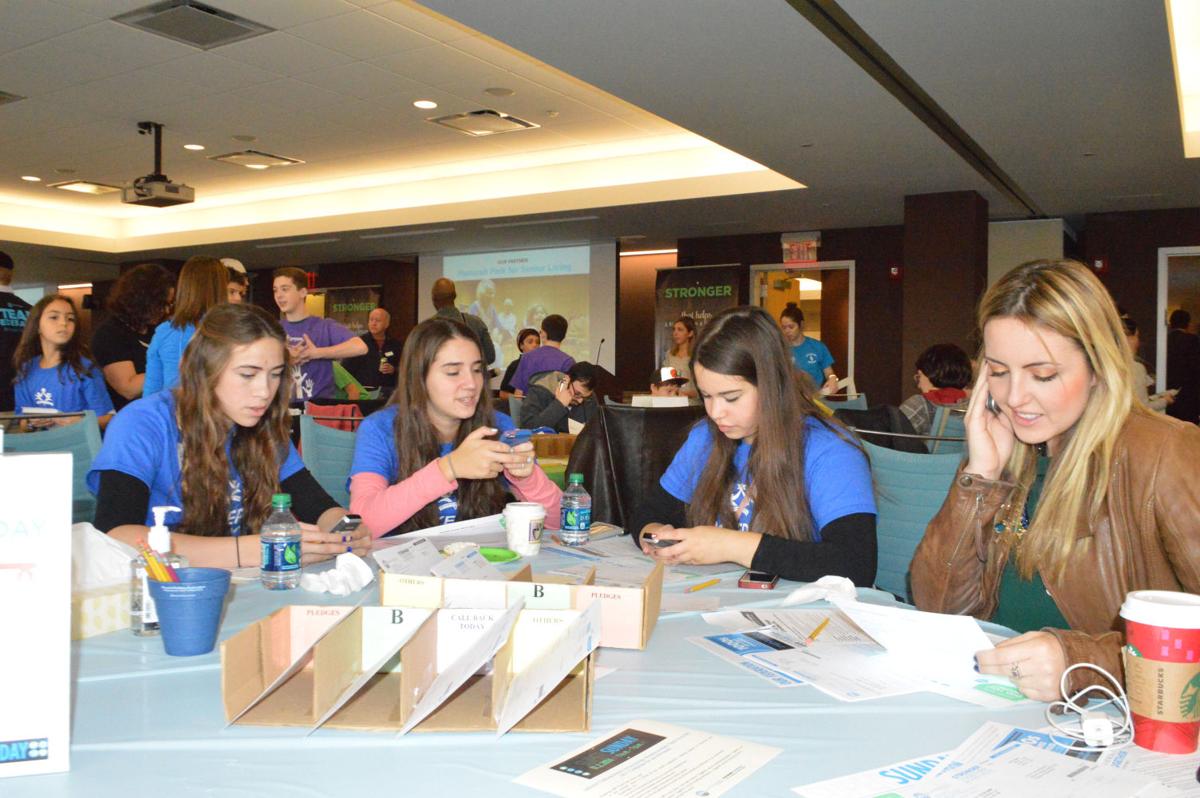 Making calls at last year’s Super Sunday, from left, are Chaviva Mandel of Beachwood, Daphna Wieder of Beachwood, Sarah Lidsky of University Heights and D.L. Lavin, formerly of University Heights. Mandel and Lidsky are 2015 graduates of Fuchs Mizrachi School in Beachwood who are studying in Israel. Wieder is a senior at Fuchs Mizrachi. Lavin, former assistant director of Cleveland NCSY, is now director of Westchester, N.Y., NCSY. 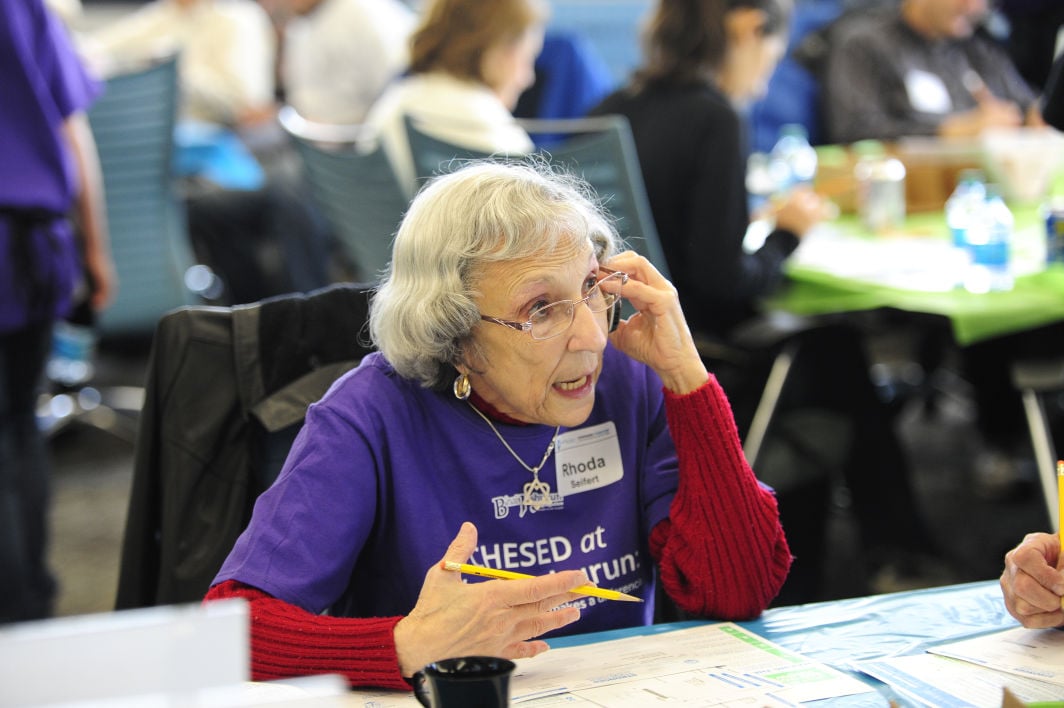 Rhoda Seifert of South Euclid makes a call to a potential donor during the Jewish Federation of Cleveland’s Super Sunday last year. 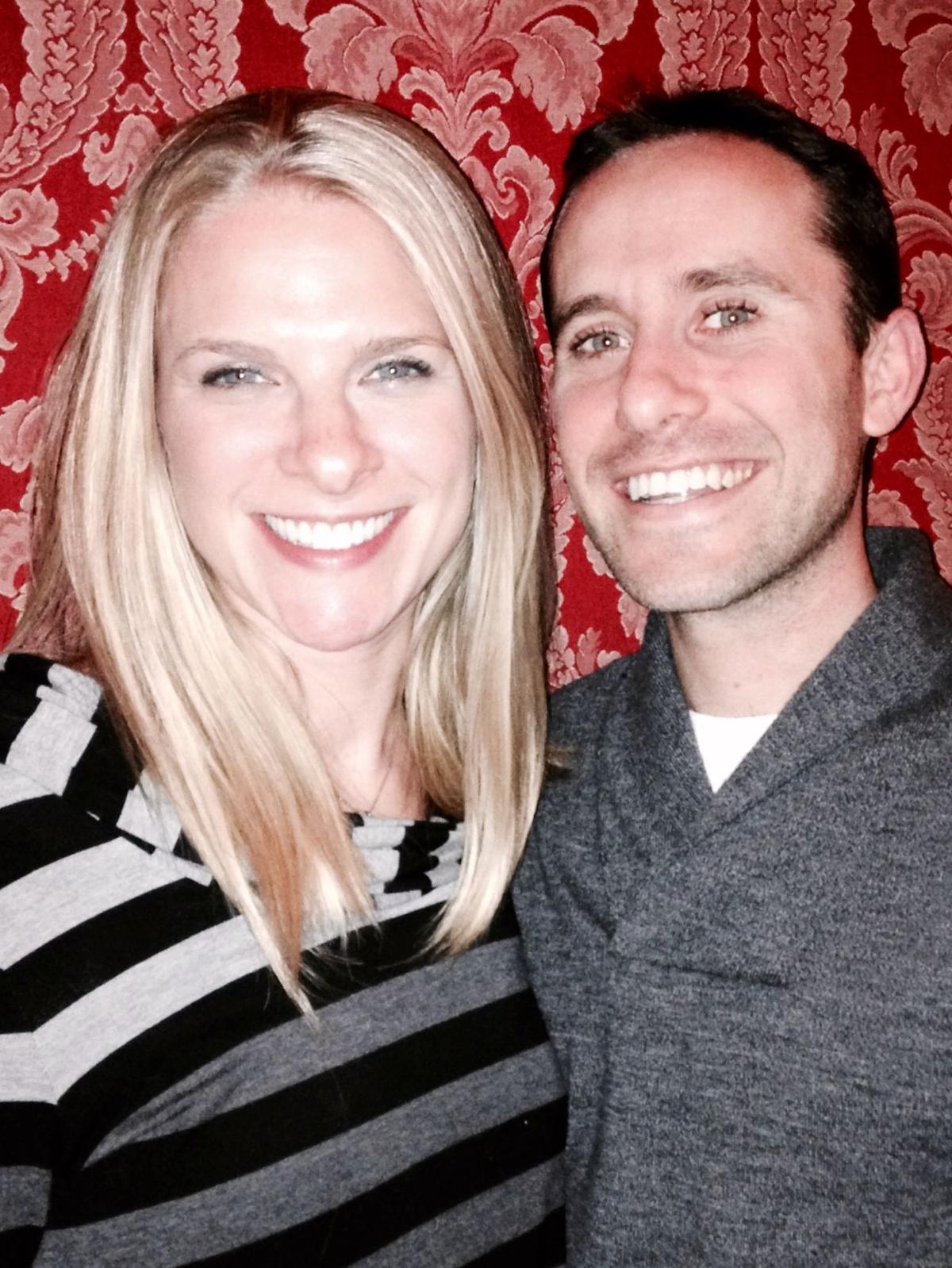 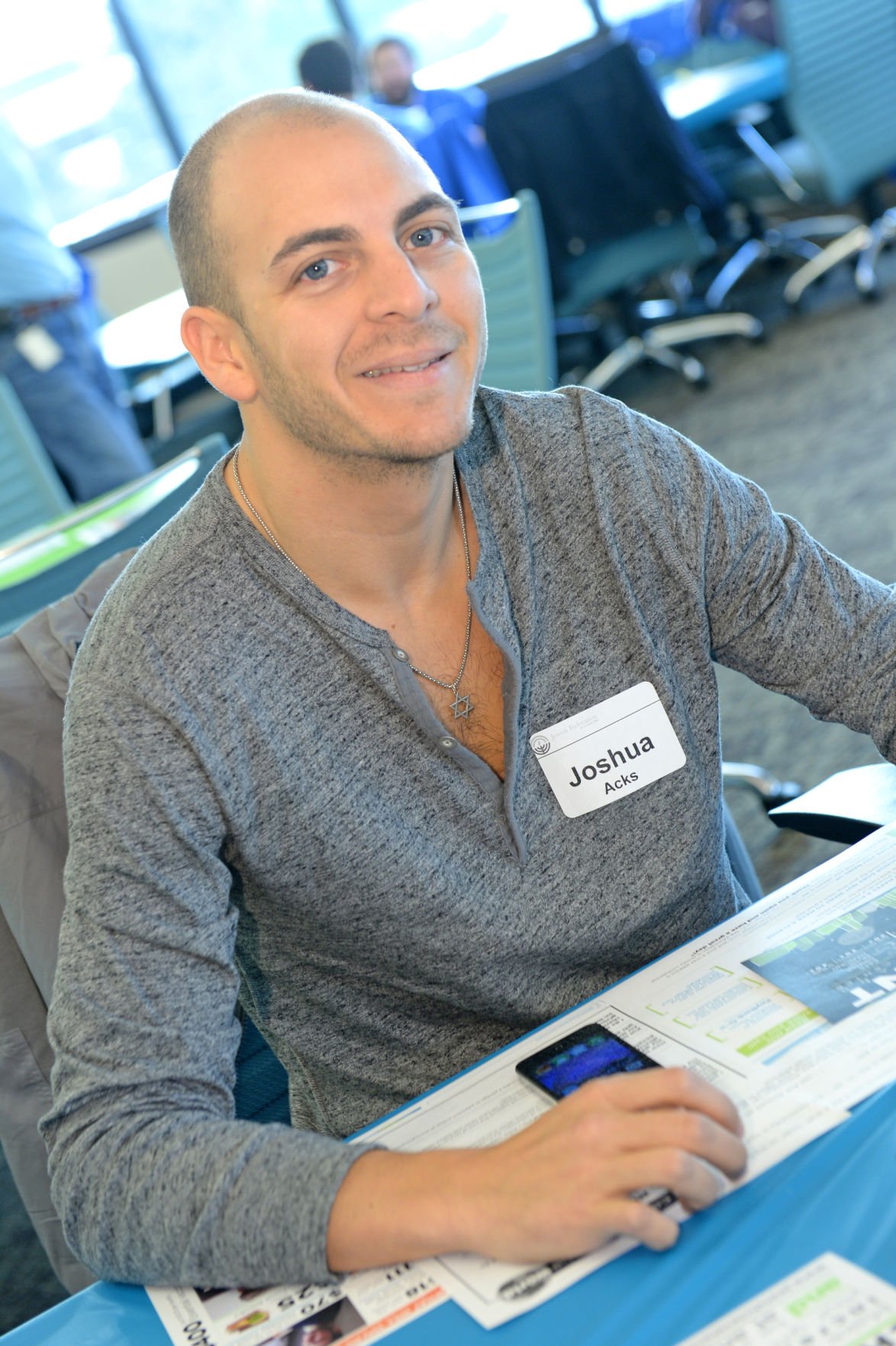 Making calls at last year’s Super Sunday, from left, are Chaviva Mandel of Beachwood, Daphna Wieder of Beachwood, Sarah Lidsky of University Heights and D.L. Lavin, formerly of University Heights. Mandel and Lidsky are 2015 graduates of Fuchs Mizrachi School in Beachwood who are studying in Israel. Wieder is a senior at Fuchs Mizrachi. Lavin, former assistant director of Cleveland NCSY, is now director of Westchester, N.Y., NCSY.

Rhoda Seifert of South Euclid makes a call to a potential donor during the Jewish Federation of Cleveland’s Super Sunday last year.

The Jewish Federation of Cleveland hopes to surpass the $1 million mark for the fourth straight year at its Super Sunday event from 9 a.m. to 7 p.m. Oct. 25 at the Federation’s Mandel Building in Beachwood. Volunteers share their stories of why they participate.

Courtney Fishman, one of eight co-chairs of the event, said the co-chairs expect 800 to 1,000 volunteers to make calls in support of the Federation’s 2016 Campaign for Jewish Needs on Super Sunday.

A total of $1,053,430 was raised during last year’s phone-a-thon, and Fishman said the goal is to raise even more this year.

“This is the annual fundraising campaign for the Campaign for Jewish Needs that ensures our community’s vitality,” Fishman said. “It supports programs that are important both tothe Cleveland Jewish community and globally, and without these funds, these important programs and agencies may not be able to continue.”

The Campaign for Jewish Needs helps the Jewish and general communities in Greater Cleveland, Israel and 70 countries around the world. Ninety-one cents of each dollar donated goes directly to the community for programs and services.

Fishman, 33, and her husband, Robert, of Moreland Hills, are serving in their second year as co-chairs of the event. The Fishmans, who belong to B’nai Jeshurun Congregation in Pepper Pike, decided they wanted to become involved with the Federation after they moved back to Greater Cleveland from New York in 2012.

“My husband was involved with the Jewish Federation in New York, and we knew the Federation was a very active and integral part of the Jewish community here,” said Fishman, who grew up in Beachwood. “We learned that Super Sunday raises so much money for the Federation and that it would be an exciting event to be a part of, and last year it was a very exciting day.”

The other co-chairs of this year’s event are Rochie and Jordan Berkowitz of University Heights, Lisa and Phil Linden of Pepper Pike, and Katie and Rabbi Ari Spiegler of Beachwood.

Rhoda Seifert, of South Euclid, has been volunteering at Super Sunday for at least 15 years. She also has taken part in many of the other campaign dialathons that the Federation has hosted over the years.

“I think (Super Sunday) is a wonderful thing that they do, and it gets different organizations involved,” she said. “I signed up for 9 (a.m.) to noon, but I probably will stay there longer.

“I feel you have to give back – that’s one of my big things – so that is how I give back, by volunteering.”

Seifert, 81, is past president of both the Montefiore Auxiliary, now known as Montefiore Volunteer Partners, and the sisterhood at B’nai Jeshurun Congregation, where she remains active. She also volunteers for Red Cross blood drives and was a volunteer in the Israel Defense Forces about 20 years ago.

“I’m very into raising money for Jewish causes and for Israel,” she said.

Seifert said she’s been told she’s very good at soliciting donations on Super Sunday. She said she couldn’t remember the most money she’s ever raised on a single day.

“A lot of people have not given in the past, and when you call them, they say they’re not interested,” she said. “So then I say to them, ‘Can’t you give something, just to be a generous donor, and whatever you give, that will be doubled. (As part of its sponsorship of the event, KeyBank will match dollar for dollar all new gifts and increases in donations pledged on the phone on Super Sunday, up to $10,000.) Can you at least give $5? That will make it a $10 donation.’

“So a lot of them say, ‘Oh, OK,’ and they give something. Or sometimes if they say they don’t want to donate, I ask, ‘Do you believe in Israel? If you do, you can say you only want the money to go to Israel.’ Sometimes it encourages people.”

Seifert said she does not set a goal as to how much money she wants to raise on Super Sunday.

“It all depends on the cards they give me,” she said. “They may give you cards with big donors or small donors, so there’s no way to say you have a goal.”

Josh Acks, of Cleveland Heights, is a member of the Federation’s Young Leadership Division board and very involved in the Campaign for Jewish Needs. This year will be his third as a Super Sunday volunteer.

“The first time I went (to Super Sunday), I wasn’t really sure what I was getting into,” he said. “I was just looking for a way to help out and stay connected. It was suggested to me to show up and check it out, and I thought it was a pretty cool event.”

Acks, 30, said he found “comfort in numbers” in being joined by people he knows when he’s making calls to potential donors.

“It’s a lot easier than going by myself, because asking people for money is a difficult thing to do,” he said. “It’s a fun atmosphere.

“I like that periodically throughout the day, they shout out benchmarks that have been reached. It’s pretty exciting; you really feel like you’re part of something special.”

Acks, who grew up in Beachwood, said it’s important to donate to the campaign because “no matter what your position may be, there’s always someone worse off than you.”

Acks, who does not belong to a synagogue at this time, said the only specific goal he has set prior to Super Sunday is to have more than half of his solicitation cards closed before he walks in the door.

“These are people I have already reached out to whom I am comfortable calling on a yearly basis,” he said. “Then, when I walk in on Sunday, I can focus my time on the unassigned cards (those not assigned to a specific solicitor). I don’t really set a dollar figure (as a goal).”

Child care for infants and pre-kindergarten children is available by reservation from 9 a.m. to 6 p.m. Activities for children in kindergarten through sixth grade will take place from 11 a.m. to 4 p.m.

Kosher meals and snacks will be provided.

Sponsors of Super Sunday are KeyBank, Benesch and the Cleveland Jewish News.