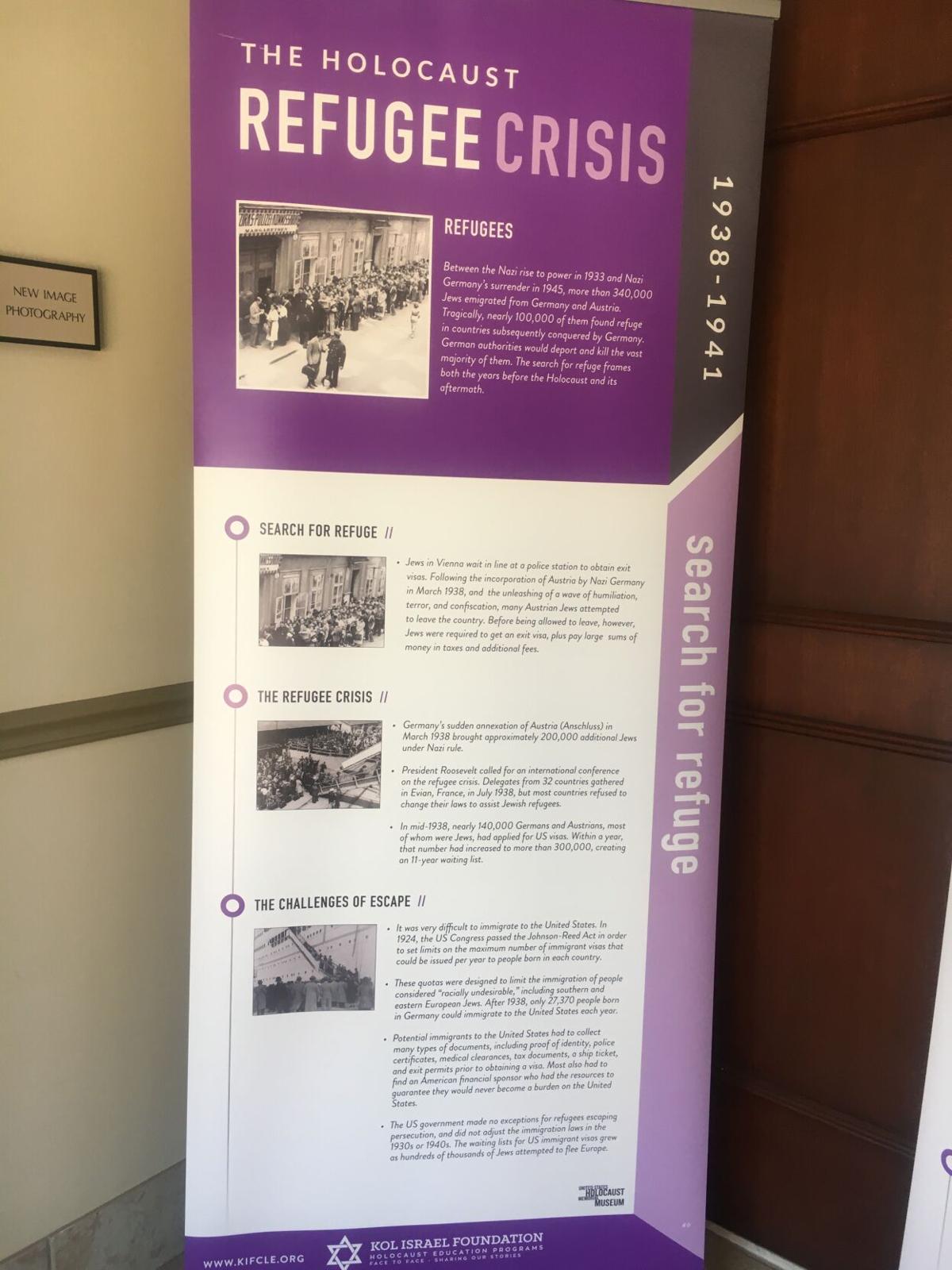 A new banner on the refugee crisis during the Holocaust, displayed in the revamped Face to Face exhibit. 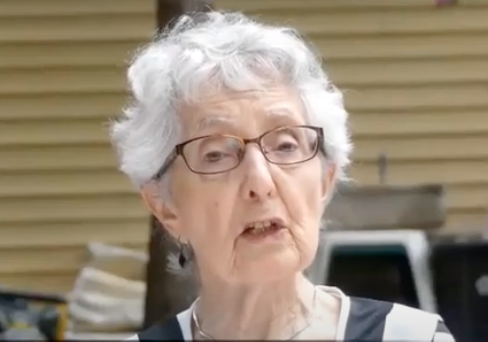 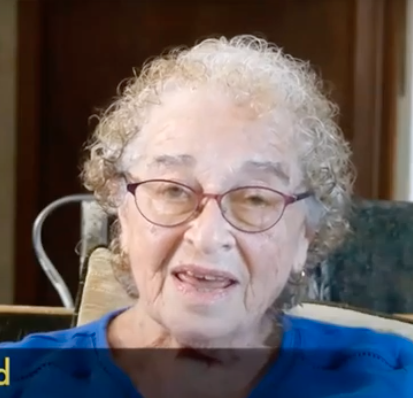 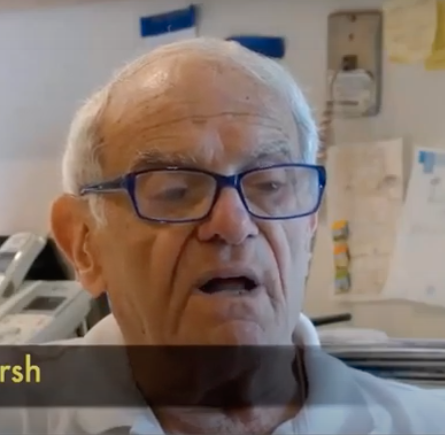 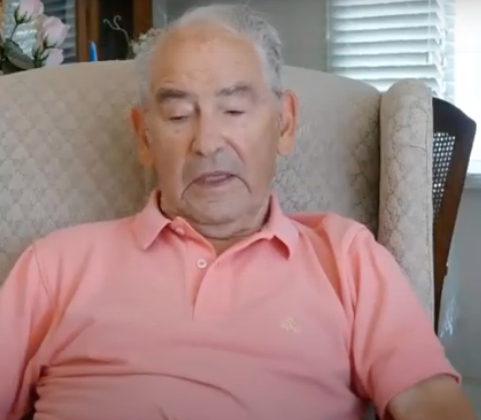 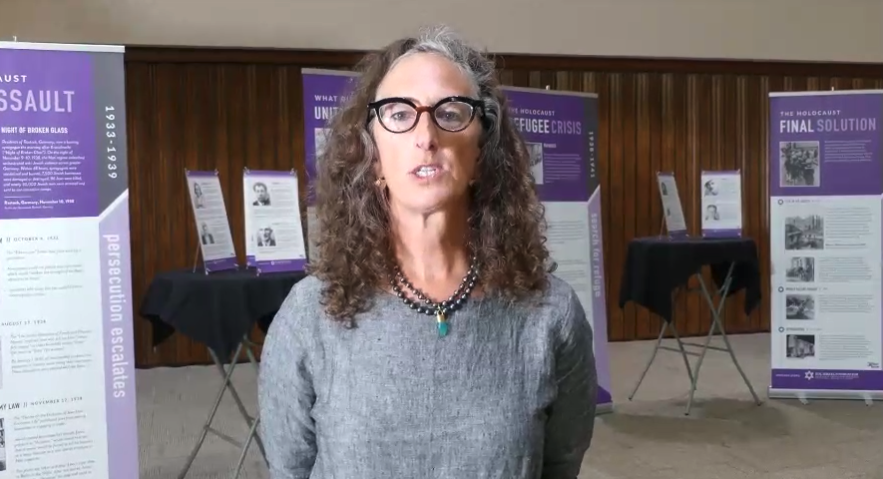 The Kol Israel Foundation unveiled the redesigned Face to Face Holocaust educational exhibit Aug. 27, with a virtual event that shared commentary from Holocaust survivors about the importance of educating younger generations about hate and the Holocaust.

The Face to Face program is designed for students in grades seven to 12, and focuses on critical thinking, exposing the horrifying consequences of hate as experienced in the Holocaust and encouraging students to become open-minded and outspoken advocates, according to a news release. The exhibit and programming is housed at Congregation Shaarey Tikvah in Beachwood.

During the event, Hallie Duchon, Kol Israel executive director, discussed the rise in anti-Semitism and prejudice and discrimination toward other minorities – making the Face to Face program and redesigned exhibit ever-relevant.

“Just last month, in our own community, haters spread their venom with symbols of Nazism sprayed along the building at Cedar and Green,” said Duchon, who identified herself as the granddaughter of Holocaust survivors. “And let’s not forget our former Director of Health, Amy Acton, who endured countless anti-Semitic acts, or the killing of George Floyd.

“It cannot be stated often enough – never again. Our survivor population is diminished from the 52 founders who became family in 1959. They are our constant reminders of why Holocaust education is so important.”

The new exhibit includes 14 new topics, including the United States’ response to the Holocaust; the refugee crisis; definitions and variations of “concentration camps;” expanded stories of rescue, justice and accountability; and other historical genocides. It also includes 32 profiles highlighting a personal Holocaust experience, an outline of early warning signs of genocide and information about anti-Semitism.

“It gives me great pleasure to build onto a program that was lovingly tended to by my predecessor, Louise Freilich,” Lax said. “Our education programs rely heavily on the commitment, passion and dedication of our docent community. This makes our programs successful.”

“One of the things we say is, you have to watch for the signs,” Gold said. “And the signs now are scary. And the propaganda, not telling the truth, and trying to disengage the media – that’s all a bad sign.”

At the beginning of 2019, Kol Israel acquired the Face to Face program that had been part of Shaarey Tikvah for 25 years. Face to Face has influenced more than 54,000 students in more than 135 schools and more than 11 counties, according to the release.

With the COVID-19 pandemic altering the operations of Kol Israel and local schools, Face to Face is being adapted to meet the needs of the nontraditional school year, which includes both traveling to classrooms and offering dynamic presentations using technology.

Kol Israel, also in Beachwood, is a nonprofit founded by Holocaust survivors in Northeast Ohio to honor the lives of survivors and engage their descendants, families and supporters to preserve the legacy and lessons of the Holocaust, according to its website.

“As we enter our 61st year as an organization, we rededicate our mission to celebrate the resilience of our families who survived, remember the 6 million Jewish men, women and children who perished at the hands of the Nazis, and redouble our efforts to educate the greater community about the lessons of the Holocaust,” said Mark Frank, Kol Israel president.

The event can be viewed at kifcle.org/events/reveal.