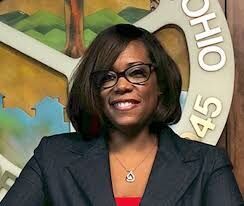 Once the Cuyahoga County Board of Elections votes to certify Woodmere’s Feb. 23 recall election, village council will have 40 days to replace recalled council president Jennifer Mitchell Earley and councilwomen Lisa A. Brockwell and Glenda Todd Miller.

The board of elections will vote March 12, when results determined by the special election will be finalized, Woodmere Mayor Benjamin Holbert told the Cleveland Jewish News Feb. 24. It will then be up to the remaining council members to interview and select candidates for the vacant seats.

“I’m not exactly sure what (council) plans to do in that respect,” Holbert said. “Based off of my conversation with one of them last night, they want to move expeditiously because there’s a number of things that we have going on in the village that really require council approval or council consideration.”

If council is not able to make decisions for the available council positions within 40 days, Holbert will select the new council members.

To Rachel A. Kabb-Effron, the founder and leader of Woodmere Project, the citizens’ committee pushing for Earley, Brockwell, Miller and Wade’s removals, she sees the dawning of a new day.

“I will say that these (up-for-recall council members) have been negative, childish, difficult to deal with and obstinate, so the fact that we could get the three out – we’re so happy,” Kabb-Effron of the Kabb Law Firm in Beachwood told the CJN.

Despite losing their long-held council seats, Brockwell and Miller graciously accepted the results and wished the village government well.

“I’m alright with it,” Brockwell, a Woodmere councilwoman for a little more than 15 years, told the CJN. “There was a group of people that just didn’t want to hear another side, and they chose to create a divisive community. My parting words for the village are good luck and I hope everything is successful. I want nothing but good things for the residents of this village.”

Brockwell looked to her recall as “a blessing,” being that she is about to retire and wasn’t planning on running for re-election when her term ends this November.

“I was honored to serve as long as I did, and everything has to come to an end,” Brockwell said.

Miller described feeling “at peace” with the results, and she cited the tight election margins as a greater issue plaguing the village.

“I felt like the democratic process was done fairly and the residents spoke,” Miller, a Woodmere councilwoman for 12 years, told the CJN. “The election results being so close ... just shows me there’s a divide in the village.”

Miller’s term, as well as Wade’s, are up this November, too. Due to recall law, anyone recalled from a government position cannot run for any political office for six months, Holbert said.

“At this point, I have no desire to run again,” Miller said. “I served, I feel, the village well.”

Both Brockwell and Miller stressed the council will need to address the village’s finances with care and diligence, especially considering COVID-19’s undetermined monetary impact on the village.

As 13 of the village’s 45 requested mail-in ballots have yet to be counted, Kabb-Effron said she remains hopeful that votes for Wade’s removal will tip in Woodmere Project’s favor and that all four possible council members will be recalled.

Kabb-Effron referred to the recall process as the hard part in Woodmere Project’s call for change, and now she and the 14 members of Woodmere Project will switch their focus to the governing aspects of council. Upcoming to-do list items include monitoring the new council members selection process, pushing for the removal of two people from the planning and zoning commission, determining if council broke open meeting laws and fixing certain legislative issues, like the lack of sidewalk on Brainard Road and chicken ownership.

“We are looking forward to seeing what new blood goes on to the council, and how to get things done according to what the people want,” Kabb-Effron said. “... There’s a lot for us to still do, so I don’t think we’re going anywhere anytime soon.”

Taking the election, the birth of Woodmere Project and other heated instances over the past years as a sign of residents demanding change, Holbert knows he and village leadership must work even harder for the people they serve. The first task Holbert has assigned himself and council is to soothe the wounds inflicted by a divisive village.

“It’s incumbent upon me and those remaining members of council to figure out a way to heal this community so people will know that we are working for their best interests,” Holbert said. “I was doing that when I was first elected, but I will reinforce that beginning today.

“What I’m just praying for now is to move forward in the best way I can. We have a great administrative team, and hopefully, we’ll be able to get some stuff done that will be of significant value to the village and the region.”