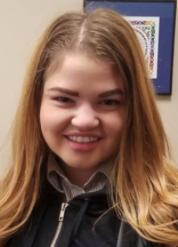 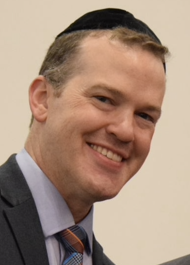 If her seminary group hadn’t left an hour early, University Heights native Ayala Landis could’ve been at the center of a crush of people that killed 45 and injured 150 at an April 30 Lag b’Omer festival on Mount Meron in Israel.

However, her father, Rabbi Pinchas Landis didn’t know if she was safe because he hadn’t heard from her all evening. He wasn’t even sure if she was at the religious festival as he wasn’t home and couldn’t recall her school schedule, he said.

“It was like 6:45 p.m. when I first heard about it, and I was trying to call my daughter, but she was asleep on the bus on the way back to where they were staying, not knowing anything because she was sleeping,” said Landis, director of Partners in Torah of Cleveland. “So, they were there and left early because the head of school, who was with them, didn’t like the lack of police and crowd control.”

Saying his “heart was racing trying to figure out all of the reasons why she’d be OK” even though he couldn’t reach her, Landis’ younger daughter checked the schedule, confirming Ayala was at the festival. Hearing conflicting information on what happened and where, he said it was all “really awful.”

“I was thinking, ‘Who knows what it’s like there, who knows how traumatic this is going to be,’” Landis said. “The whole time I tried to stay calm and think of every option as to why she’d be OK.”

When Landis finally heard from his daughter – two hours after he began contacting her – and he learned of her falling asleep on the bus without any knowledge of what had taken place on Mount Meron.

“And when I did hear from her, the tears welled up,” he said. “That’s when you start to feel the pain of all of the other people.”

Before calling her father back, Ayala Landis said she woke up in a state of confusion – unaware of anything that happened until she heard about it from her seminary classmates. She graduated in 2020 from Hebrew Academy of Cleveland’s Beatrice Stone Yavne High School in Beachwood before heading to seminary in Israel.

“I didn’t know why we were leaving early,” Ayala, 18, of the Har Nof neighborhood in Jerusalem, told the CJN. “I got on the bus and fell asleep. But, then I woke up to a very tense atmosphere, and friends asking me if girls had heard from their siblings who did not leave and getting in touch with family members. I had six missed calls. It was all very shocking.”

When she was able to call back her father, Pinchas Landis said he was at services saying special prayers for the victims and mourning families. After his prayers, he started the service with “He is the merciful one ...” and at that exact moment, his daughter’s number popped up on his telephone.

“For me, it was kind of a serendipitous moment,” he said. “When you’re kind of in the moment for an hour-and-a-half, it makes it easier to feel the pain that others are going through. That was my first thought when it happened.”

Ayala said she felt grateful for having a family that was so worried for her well-being, and for being safe after “something so scary and tragic,” giving her a renewed sense of gratitude for life.

“It just reminds me, as an objective person that was there, that God doesn’t make mistakes,” she said. “He knows exactly where we are supposed to be and when. If I had been there an hour earlier or later, who knows what could’ve happened. But, God knows. He wanted us to get out. It showed me that there are no mistakes. And it’s good, it really is.”

Yossi Kohn of Cleveland Heights, who was among the 45 people killed in the April 30 tragedy during a Lag b’Omer festival at Mount Meron in Isr…