The city of University Heights will permanently shut down Aleksander Shul July 29. 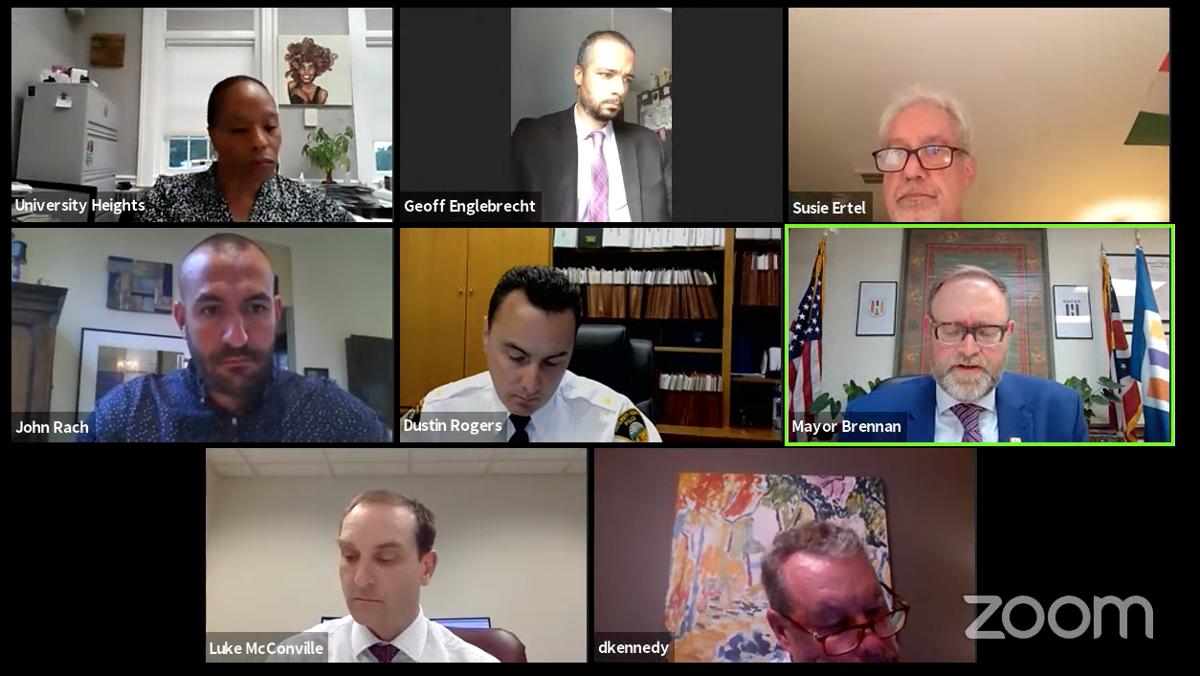 The city of University Heights will permanently shut down Aleksander Shul July 29.

Congregants of the Aleksander Shul will lose their spiritual home at 4380 University Parkway on July 29, following 19 months of negotiations and legal battles with the city of University Heights.

The synagogue on the corner of Milton Road and University Parkway will shut down as of that date, Mayor Michael Dylan Brennan, told city council June 21, and the building will be used only as a residence. Aleksander Kehilla, as it is also called, has been operating for at least 10 years, according to posts on its Twitter account.

Brennan also said he would be “very happy” to attend the groundbreaking of a new Aleksander Shul.

“However, come July 29, 2021, this temporary new home cannot be where it is now, nor can it be in another residential property zoned U-1 on a residential side street,” Brennan said. “Otherwise, on July 29, 2021, the city will seek a preliminary and then permanent injunction to shut down operations at 4380 University Parkway, as it did at 4464 Churchill Boulevard at the request of the residents of that street earlier this year.

“I am saying this publicly, and on the record, so that there is no question as to where the city stands on the enforcement of its laws, or on its position in this matter. Come July 29, 2021, 4380 University Parkway may be a residence and nothing more,” Brennan said.

Brian J. Green of Shapero & Green Attorneys at Law in Beachwood represents Aleksander Shul. He told the Cleveland Jewish News June 22 he had no comment and that no one from the synagogue would comment about the news.

In a six-minute speech, Brennan enumerated the steps the city took prior to getting to this point.

“Since 2019, the city has attempted to work with the rabbi, the congregation and the stakeholders,” Brennan said. “The city has received numerous complaints about parking and traffic and unsafe conditions.”

On Feb. 14 of this year, Brennan said he drove past the house and counted 50 cars parked in the vicinity.

“This (was) after the agreement made at planning commission in February 2020 that no more than 15 people would be allowed inside at one time,” said Brennan, adding the city issued a cease-and-desist letter dated Feb. 19. “This was wholly disregarded.”

An April 9 city inspection found “extensive” code violations, Brennan said, “which they consider to be fire and safety hazards. These include generally, and I quote, ‘many locations in which the electrical receptacles and lights were hanging out of their boxes. Loose live wires hanging into rooms, panel boxes without covers. Wires tapped out of the electrical panels, brick veneer in danger of collapse because openings were cut into the brick veneer without proper support, and brick veneer that was pulling away from the exterior wall in danger of collapse.”

The city’s chief building official determined the house to be an unsafe structure and issued a notice to vacate on April 14, Brennan said.

“It was not fit or safe to be lived in, much less to be visited by congregants to congregate in,” he said. “Like the cease and desist, this was disregarded.”

On May 12, the owner of the property, University Realty USA LLC of Brooklyn, N.Y., pleaded no contest in Shaker Heights Municipal Housing Court to housing violations dating back to 2019, Brennan said. Sentencing in the case was scheduled for June 23 and postponed by the judge to a date that has not yet been set.

“And still, the concerns of the city over public safety and over the zoning code continued to be disregarded,” Brennan said. “Complaints from neighbors continued, especially over parking, but also over safety concerns of the premises.”

On June 7, the city filed in Cuyahoga County Court of Common Pleas for a temporary preliminary and permanent injunction as to the operations of a synagogue at the location.

At a June 14 hearing, Brennan said, and the parties agreed, that Aleksander Shul could meet on Shabbos only provided they first brought the electrical up to code which they did.

“I’m happy to report that the electrical passed inspection last week before Shabbos,” Brennan said. “I want to be very clear that while the city did stipulate on June 14, 2021, to allow limited operation to continue, this is merely to afford time to allow the congregation to make alternative arrangements.”

Cuyahoga County Court of Common Pleas Magistrate Stephen A. Bucha III wrote on June 17 that the parties had come to an agreement regarding the temporary restraining order and would submit that agreement to the court.