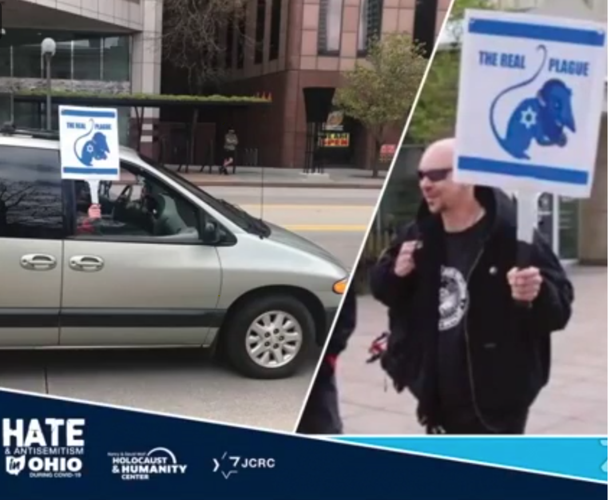 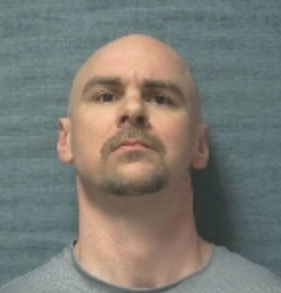 An avowed white supremacist and anti-Semite was sentenced to 27 months in prison, the maximum allowable under federal sentencing guidelines after he pleaded guilty to possession of a firearm by a person with a domestic violence conviction.

“This defendant is well known within the community as an individual with a hateful ideology prone to threaten violence towards law enforcement and others based on race, religion or sexual orientation,” U.S. Attorney Justin E. Herdman stated in a news release. “These hateful beliefs, combined with a history of actual violence, make the defendant a threat to the community and the entirety of the Northern District. We are grateful for the maximum possible sentence in this matter that will keep the defendant in federal prison where he can no longer threaten or harm others.”

“Possession of a firearm by someone with a violent criminal history, who continues to espouse hate and threaten law enforcement is reprehensible,” Smith said in the release. “Hate towards any group must not and will not be tolerated. Today’s sentencing is another example that shows the FBI is committed to investigating and holding accountable those like Mr. Slatzer, who engage in these types of acts. We will continue to work with our law enforcement partners to ensure justice is served.”

On Feb. 2, 2020, Canton police responded to a report of an intoxicated man with a firearm at a bar on Harrison Avenue NW in Canton. Police arrived on the scene, approached Slatzer, who was intoxicated, and collected the firearm, according to court documents and the news release. Slatzer was arrested for possession of a firearm in a liquor establishment. Slatzer also possessed a weapon holster, knife, a form of pepper spray and ammunition.

Slatzer was prohibited from possession of a firearm due to a previous conviction of domestic violence on Oct. 20, 2010, in Stark County Court of Common Pleas.

Slatzer was involved in an incident at a Dollar General store in Stow while on a pretrial release in a state case May 3, 2020. Slatzer entered the store with a hatchet and a sword and asked a store employee for directions to Kent State University in Kent. Slatzer remarked to the employee that he was told there were “a lot of Jews at Kent State.” Slatzer then stated he was an Aryan brother and he was going to Kent State University to find some Jews.

During a previous arrest, Slatzer threatened to kill the arresting officers, remarking that “he would kill each pig one by one” after making racist and homophobic statements. Later, while incarcerated at the Northeast Ohio Correctional Center in Youngstown, Slatzer made several telephone calls stating he wanted to “figure out how to smuggle a gun in here” and that when he gets out, if he has contact with officers again, he will “have to kill ’em.”

The sentencing memorandum asked the judge not to consider Slatzer’s political views or beliefs in a sentencing determination, but rather the danger posed to the community due to these views and beliefs.

Slatzer was also identified carrying a sign at a Columbus demonstration that read, “The Real Plague,” and had a depiction of a rat with a Star of David.

This case was investigated by the FBI and the Canton Police Department, and was prosecuted by Assistant U.S. Attorney Toni Beth Schnellinger Feisthamel.

Prisoner with anti-Semitic views says he wants to kill cops