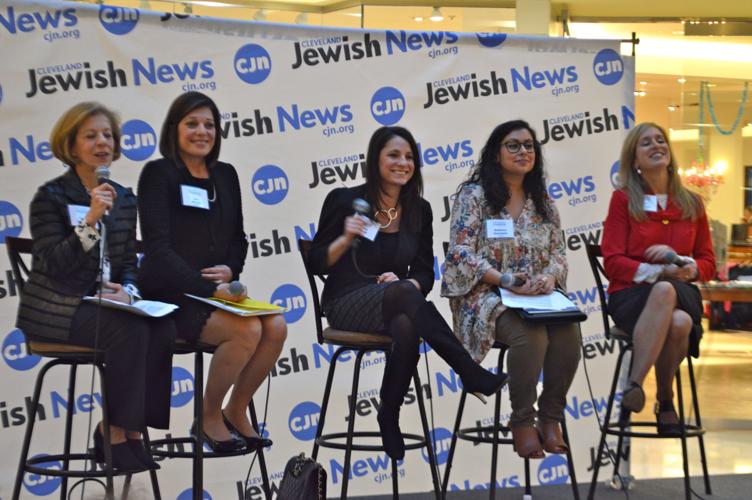 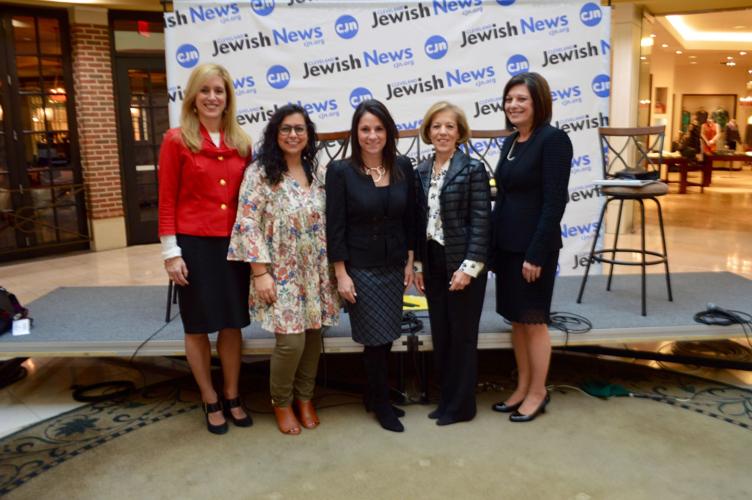 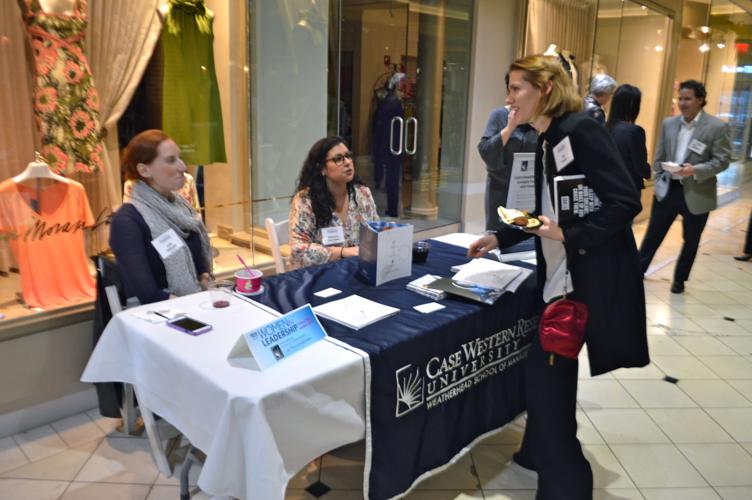 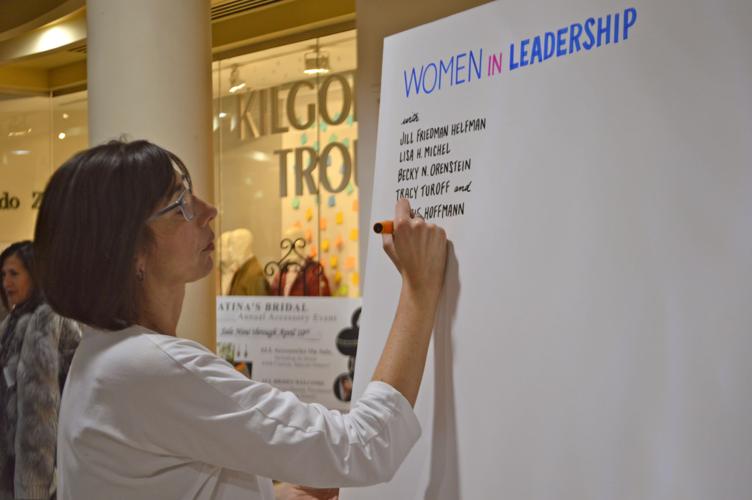 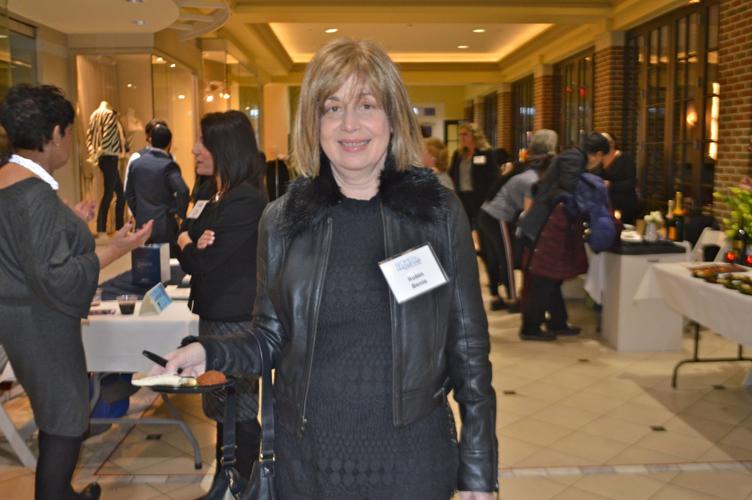 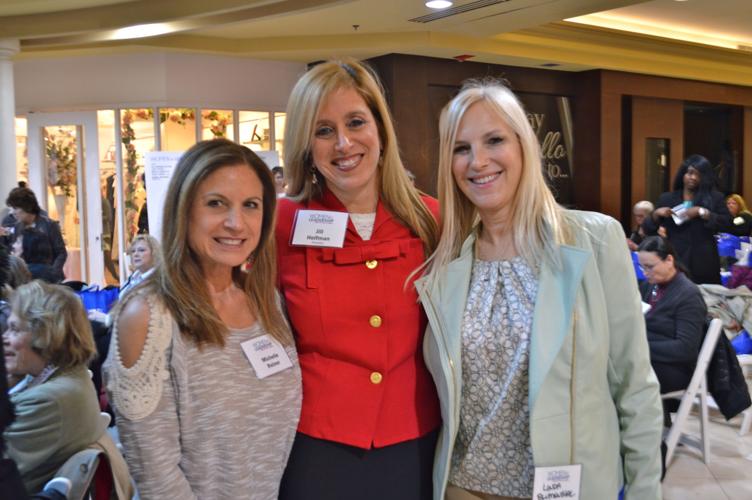 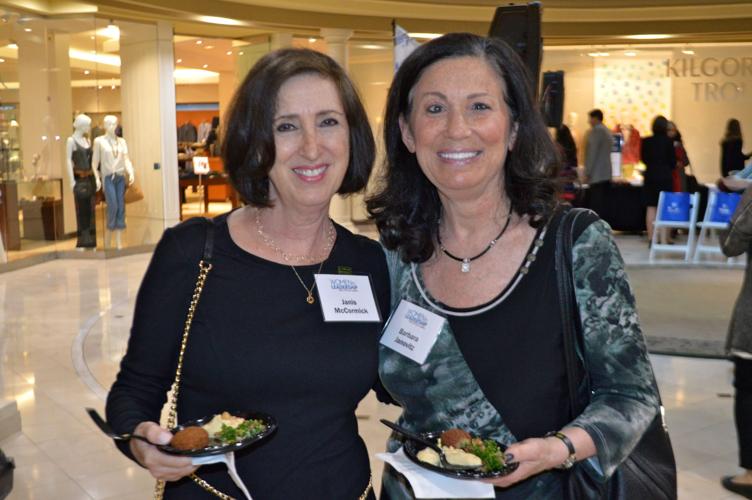 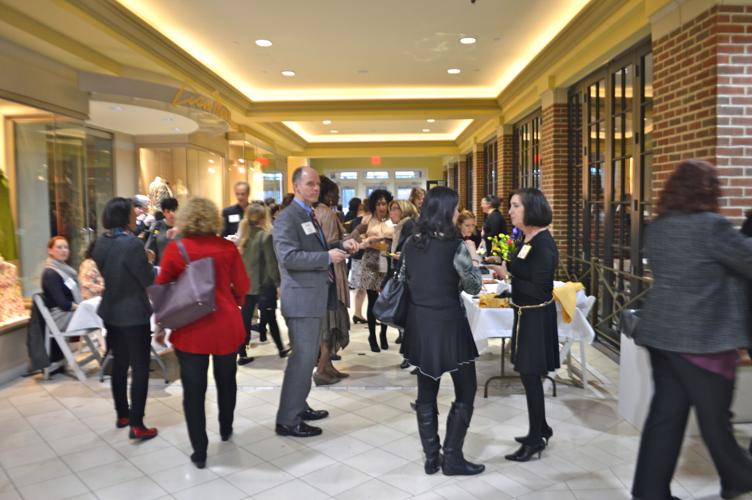 People mingle and enjoy food at the Women in Leadership event on April 6.

People mingle and enjoy food at the Women in Leadership event on April 6.

Four panelists at “Women in Leadership: Traits of True Leaders 2017” told stories about their career paths, fighting gender discrimination in the workplace and advised women to take more risks at work during the Cleveland Jewish News event April 6 at Eton Chagrin Boulevard in Woodmere.

The women told stories about their experiences moving up the sometimes winding ranks in their careers. Michel discussed how she took off 10 years from working to raise children and the challenges she faced once she looked to get back in the workforce.

Moreover, she told the audience about the different ways people talk to men and women about childcare, and a personal story that demonstrated it. She said after she went back to work, if her daughter got sick at school the school called her and said, “You have to come pick her up right now.” However, if Michel asked the school to call her husband instead since he worked closer, the school would present the problem as less urgent – as not to pull her husband away from his job.

“(The school employee) says to him, ‘She’s really not that sick, maybe she can stay,” Michel said, to which the audience gasped. “This happened several times.”

Another area of gender-based discrimination that came up several times was negotiating salary, specifically, how to do it and why it’s important (many women don’t try). Turoff said that when she was once asked about salary by a law firm and she didn’t know exactly what amount would be right, she said, “I want what’s fair and I made them sit down and open the books and tell me, based on the businesses I have, what they were paying people in that business range.

“I wasn’t asking for more, but I sure wasn’t going to take less.”

Moreover, while negotiating can be uncomfortable, the panelists made clear that it’s important to try.

“Younger generations really need to demand more, they need to say ‘I’m worth just as much as that guy sitting next to me,’” Hoffmann said. “It’s a tough topic, but we all need to be talking about it.”

However when asked about gender-based discrimination, Orenstein said as a younger woman entering the career world, there conversely have been opportunities for mentors and other advantages that may not have been open to men.

The panelists also discussed concrete ways they attempt to create some semblance of balance in life. Helfman discussed how it’s important to prioritize what one cares about most, which means keeping a calendar, even for fun things.

“I think really it’s a matter of deciding what it is you want to do for yourself and making it an appointment in your calendar,” Helfman said.

After the event, the CJN talked with Irit Baum-Rawraway and her daughter, Rachael Baum, both of Beachwood.

“It reminded me the impact that we make on the younger generation, and personally it was definitely inspiring to realize that at any age we can evaluate where we are and where we want to be, and make the changes to really go for it,” said Baum-Rawraway, who is an ophthalmic photographer at University Hospitals in Cleveland.

Baum, who is an occupational therapist at Montefiore in Beachwood, said, “It was very interesting to see how they would advocate for themselves and being in positions where women hadn’t been prior.”

Barbara Shane, a Solon resident who is vice president of fund development for the National Council of Jewish Women /Cleveland and runs a small, home-based business, said that while she appreciated what the women had to say, she thought it would be most useful for the younger women in the audience.

“I think a lot of us here are in our 50s and it makes us very reflective on what could have been,” Shane said. “