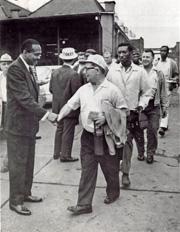 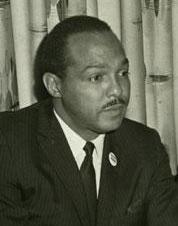 Dozens of events are planned for 2017 as part of a yearlong commemoration marking the 50th anniversary of Carl Stokes’ historic election as mayor of Cleveland.

The initiative honors Stokes and his brother, U.S. Rep. Louis Stokes, and seeks to build on their legacy of advocacy and action by inspiring a new generation of Northeast Ohio leaders.

A calendar of events for Stokes: Honoring the Past, Inspiring the Future can be found at stokes50cle.com.

One signature event was Cleveland Mayor Frank Jackson discussing how the brothers set the framework for the city’s long-term viability. “In Their Footsteps” Jan. 25 at the eastern campus of Cuyahoga Community College

The effort, which is a collaboration between eight Northeast Ohio organizations, will culminate with policy and leadership development recommendations unveiled in October during an event at The City Club of Cleveland.

“Mayor Stokes and Congressman Stokes changed the course of the city’s history,” said Lauren Onkey, chair and dean of Tri-C’s Jack, Joseph and Morton Mandel Humanities Center. “In looking back at their accomplishments, we want to look forward. Our goal for this community-wide commemoration is for their work to serve as a catalyst to develop new leaders and ideas for Cleveland’s future.”

Carl Stokes overturned racial barriers in 1967, becoming the first African American to be elected mayor of a major American city. He served two terms while advancing an agenda that still serves as a foundation for Cleveland.

Louis Stokes turned to politics after making a profound impact on the civil rights movement as a lawyer. He won election as Ohio’s first African-American congressman in 1968 and served 30 years in the U.S. House of Representatives.