Senior Hamas official says: ‘We can continue fighting for many months’

Biden believes Israel’s response to Gaza rockets has been proportionate

Is Hamas trying to goad Israel into attacking Lebanon? 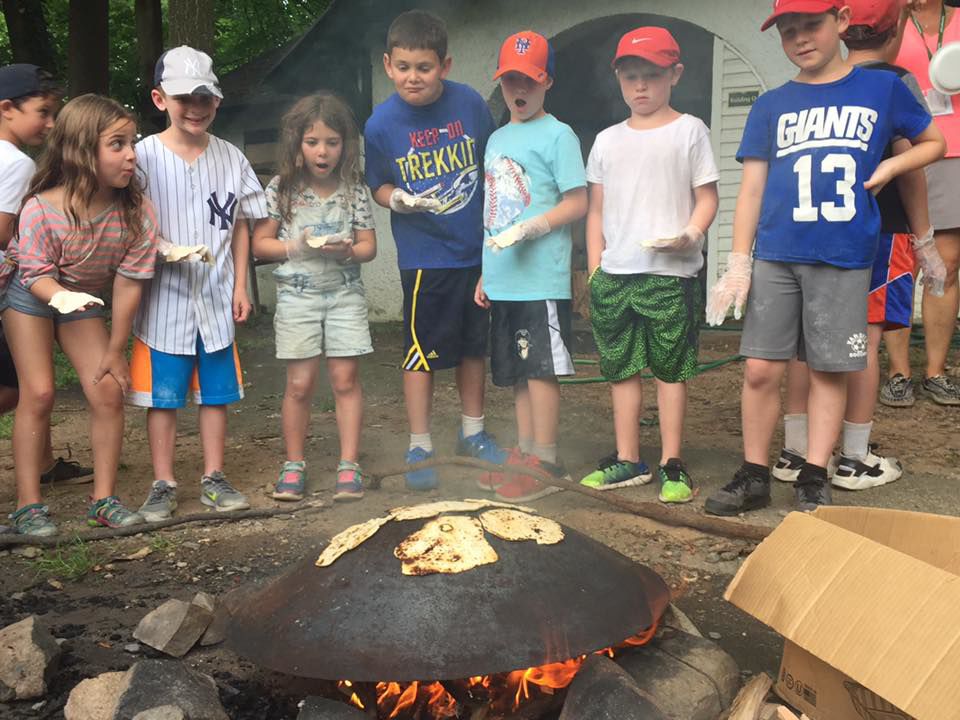 Campers make pita on their outdoor oven with recipes received through their Israel @ Camp Resource Box. 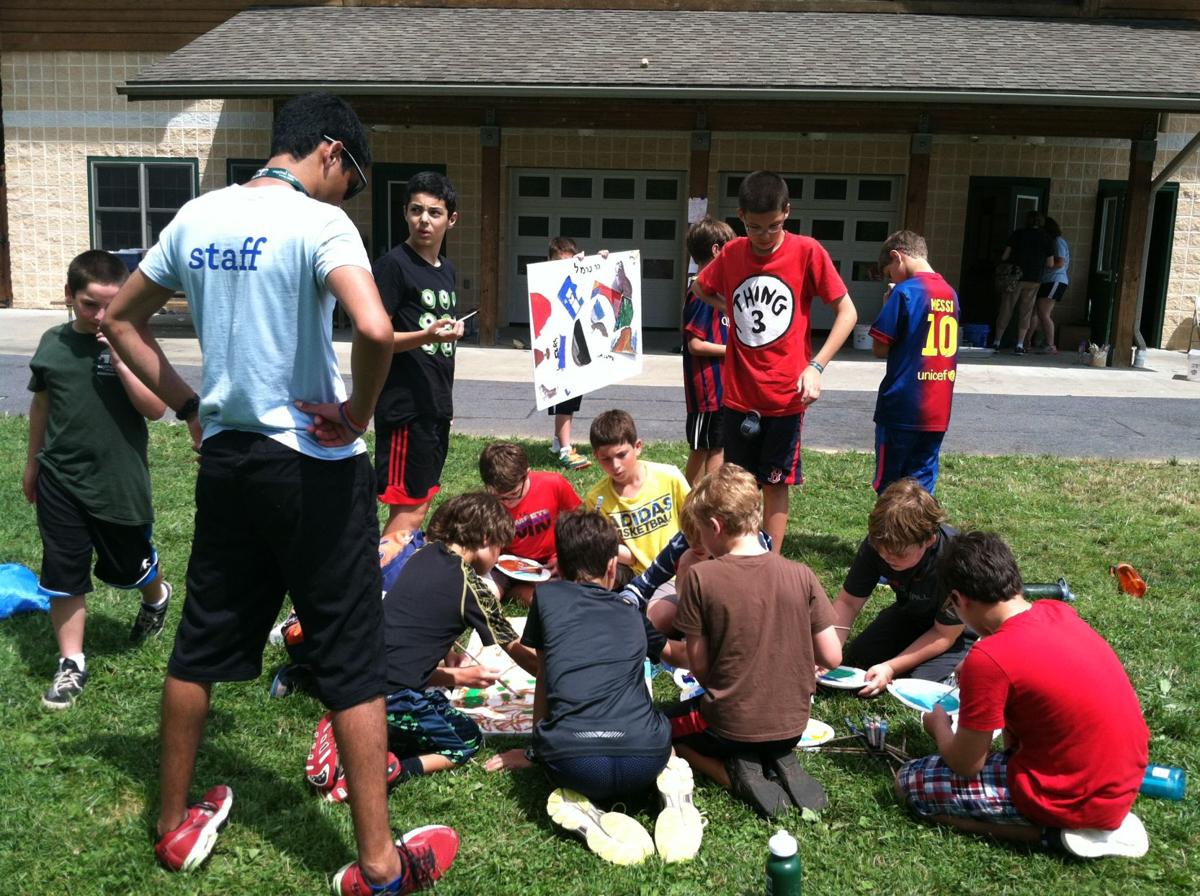 Campers work on a community art project making signs for cabins and buildings around camp, named after and based on cities in Israel.

A new initiative that’s pushing for more Israel education at Jewish summer camps is the collaborative project of three organizations with a shared goal: to enrich and grow an intention about how camps connect to the Jewish state.

Every year, the Israel @ Camp Intensive offers eight camps in North America the opportunity to participate in a 20-month process aimed at discovering, and ultimately executing, how they want Israel to have a role at their camp. A collaboration between the iCenter for Israel Education, Jewish Agency for Israel (JAFI) and the Foundation for Jewish Camp (FJC), the intensive has teams from the three organizations work closely together with camp, young staff members and shlichim (Israeli emissaries) who help create camp programs.

Aliza Goodman, director of professional development at the iCenter, told JNS.org: “The ultimate goal is to help a camp uncover or discover where Israel currently lives in their camp and really ultimately where they want it to be. How they infuse Israel throughout the fabric of camp and how they continue to enhance their program so that their campers are experiencing Israel in an everyday way at camp.”

The camps that join the 20-month intensive receive mentors, attend a joint training seminar in Israel with shlichim, and obtain a box filled with interactive material and resources that help integrate Israel in their environment and programs, depending on what area they want to focus on. Goodman said when Israel @ Camp started in the spring of 2017, one of the most popular boxes was designed for a cooking program called “Golda’s Kitchen Cabinet.” It included spices, programs, aprons and recipes that highlighted an array of popular Israeli dishes.

The Israel @ Camp Intensive is free, but does require a time commitment and a key point person at the camp who can “own the process” and take on the “role of implementer,” said Goodman.

The intensive begins in the winter with an individualized mentorship. Camp leaders and an expert in the field of education and Jewish camping work together to assess the role of Israel at the specific camp and the leadership’s vision for growth. The camp leaders choose from seven focus areas related to camp and together with their mentors develop a plan of action on how to infuse Israel in those areas. During the following summer, camp leaders experiment by trying to implement the course of action, and in the fall, they reconnect with their mentors to reflect on what worked and what didn’t in terms of reaching their goal. The entire pattern is repeated the second year.

“Again, winter planning, spring training, and by the second summer, we hope they achieve growth and solidify for themselves their path toward really infusing Israel throughout their camp and achieving their vision in a long-term way,” said Goodman.

‘Refining and renewing’ to stay relevant

Each part of the intensive is made to help camp leaders have an easier time accomplish their vision of where Israel falls into place in their environment.

“It’s a challenging time to figure out what Israel is, what do you want Israel to be to your camping community and how do you sharpen the message there,” Rabbi Avi Orlow, vice president of program and innovation at FJC, told JNS.org. “For many camps, Israel education is a bit of a third rail. It’s either going to be left as ‘we’ll do it the same way we’ve always done it and become irrelevant’ or ‘if we do too much change we’ll suffer the consequences of roughing too many feathers.’ So I think there’s a great opportunity for them to get expertise, practice and things that can work for our kids, and be relevant in terms of bringing Israel live in the 21st century to our campers and our staff.”

The intensive is extremely individualized and based on the values that each camp is founded on. Orlow noted that “we’re not trying to homogenize camp,” and Goodman explained that Israel @ Camp helps each program identify for themselves where they want to be in the future and how to get there. The mentors are simply there to push them in the right direction.

“Sometimes, the outside perspective is super important for camps because they have their tunnel vision of where they are and where they want go,” she said, “and our outside voice, with experts in the field of Israel and Jewish education and camp, can say, ‘Well, have you ever considered this idea?’ ”

Are camps lacking in the areas of Israel and Jewish education? Orlow said not necessarily, but he told JNS.org that camps need to constantly be “refining and renewing if they want to stay relevant.” They also need to realize that “good enough is not good enough.”

Goodman added: “Often, camps have Israeli shlichim, and they do an ‘Israel Day,’ and then everything else is happenstance. I don’t think of it as a ‘lack of,’ but I think of it as there’s always opportunity for growth, and I think that’s really what we try to do with this process is to help camps both identify for themselves where they’re doing great work and where there’s opportunity for continued growth. … If we were doing the same thing every year, then we would all be bored of our jobs. I think everyone wants to continue to improve and enhance their program, and to really make an impact on the relationship campers have with Judaism, Israel, Israelis and their community.”

The Israel @ Camp Initiative combines JAFI’s expertise and role in training shlichim, FJC’s leadership and support nationally in the Jewish camping field, and the iCenter’s years of experience and past initiatives related to fostering Israel education at camp.

Together, the three organizations are not only helping camps re-evaluate and discover their connection to Israel, but also their relationship with being Jewish. Orlow explained that among the ones they’ve worked with, there are a group of camps where “dealing with their ‘Jewish identity’ was inaccessible until they dealt with their Israel identity.”

“There are camps that do not self-understand themselves to be religious camps; they understand themselves as community camps, or secular camps or cultural camps,” he explained. “And the process of thinking about where Israel lived in their camp gave them a place of reflection from which they can ask, ‘Who are we Jewishly?’ So I think the camps we’ve been working with in this process, they’ve really welcomed not only what [it] did for them in terms of bringing Israel more intentionally into camp, it actually helped them think more intentionally about how they do in the larger umbrella of Jewish identity, of which Israel is a huge part of.”

The Israel @ Camp Intensive is available for camps that are part of the FJC network of camps and have not have participated in past iCenter/FJC Israel education camping initiatives. Any camp that has done an intensive before—or is not necessarily ready to take on the commitment—can participate in various parts of Israel @ Camp and receive interactive materials for a small cost. Applications are currently open for the second round of camps to join the intensive.