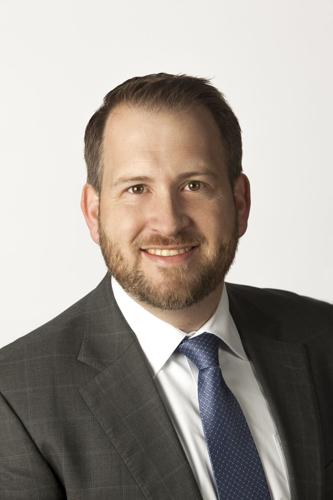 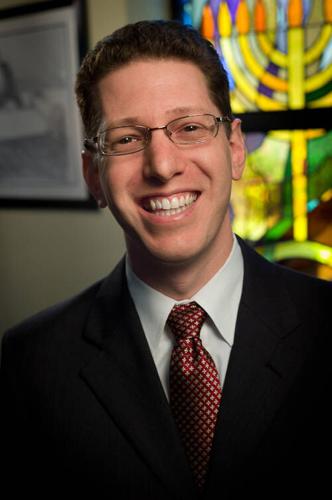 Rabbi Daniel Utley, a former Beachwood resident who is an associate rabbi at a synagogue in Dallas, was praying Jan. 15 for the release of hostages including his friend and colleague, Rabbi Charlie Cytron-Walker, who was being held inside Congregation Beth Israel in Colleyville, about 30 miles from Dallas.

“We’re all very concerned,” Utley, a 2001 graduate of Beachwood High School, told the Cleveland Jewish News Jan. 15. While growing up in South Euclid and Beachwood, Utley was a member of The Temple-Tifereth Israel in Beachwood and Cleveland, where he became a bar mitzvah.

“We are all offering our prayers for their well-being and for their safe and peaceful end to whatever concern this led to this situation. We have a lot of strong partnership between our interfaith communities here in Dallas and across the spectrum of Christian, Jewish, Muslim. It’s always sad when something like this takes place, and the concern is automatically that there’s a religious component. We want to make sure everybody’s safe and hope that things go well for them.”

During the 10 a.m. (Central time) Shabbat service, which was being livestreamed, a man entered the building of the Reform congregation.

At least four hostages were believed to be inside the synagogue, according to two law enforcement officials who were not authorized to discuss the ongoing investigation and who spoke to The Associated Press on the condition of anonymity. The synagogue's rabbi was believed to be among the hostages, one of the officials said.

The man, who used profanities, repeatedly mentioned his sister, Islam and that he thought he was going to die, the Fort Worth Star-Telegram reported.

Cytron-Walker, attended Hebrew Union College-Jewish Institute of Religion in Cincinnati and Jerusalem, receiving his rabbinic ordination in 2006. He was hired in 2006 as the congregation’s first full-time rabbi. Originally from Lansing, Mich., he is a 1998 graduate of the University of Michigan in Ann Arbor.

Utley said he has known Cyton-Walker for six years since the time Utley came to Temple Emanu El.

“He’s a good friend and colleague of all of the Dallas area clergy,” said Utley, who is vice president of the Rabbinic Association of Greater Dallas.

While Utley has never been to Congregation Beth Israel, “I understand it’s a wonderful family synagogue that has a very active teen program and just a wonderful part of the DFW (Dallas-Fort Worth) community.”

Utley said he was in his synagogue this morning and his synagogue’s services have been conducted online due to the COVID-19 pandemic.

“We were alerted to the (hostage) situation through our security personal who are connected to the federation in Dallas. I found out shortly after concluding our Shabbat service … when our senior rabbi shared the news of what was going on with our team of clergy.”

“Faith Forward Dallas, a progressive coalition of clergy of all faiths is holding sacred space and prayer for Cytron-Walker and members of his congregation who are being held hostage at their synagogue in Collyville, TX right now.

“We pray for a peaceful resolution.

“Antisemitism and other hate speak is on the rise in America and this is another example of how hate leads to violence, further dividing us a nation.

“As people of faith we condemn this action and will support one another, regardless of faith traditions to ensure that such hatred has no place in our communities or our world.

“Today, we call upon all peoples of peace and faith to come together and work together to unite our country as one of live, tolerance and a celebration of our differences as a strength that makes us better.”

Liora Rez, a former Clevelander who is the founder and executive director of watchdog group StopAntisemitism released the following statement in response to the hostage situation:

"When Jews tell you antisemitism is a problem, listen to us. Antisemitism doesn’t just come from the white neo-Nazi movement – it comes from many sources like we see unfolding today in Colleyville, Texas. It’s critical not to turn a blind eye to any of it as the consequences can be catastrophic.

“Our thoughts are with all the hostages and their families, along with the first responders, as they try to navigate this terrifying situation.”

Rabbi Dan Utley will fulfill a dream when he returns home to lead Camp Wise as director this summer.