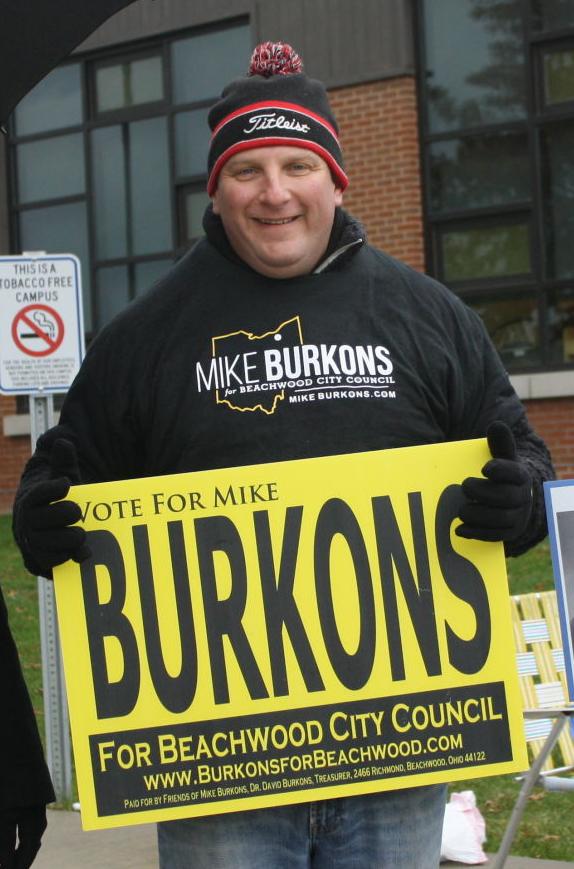 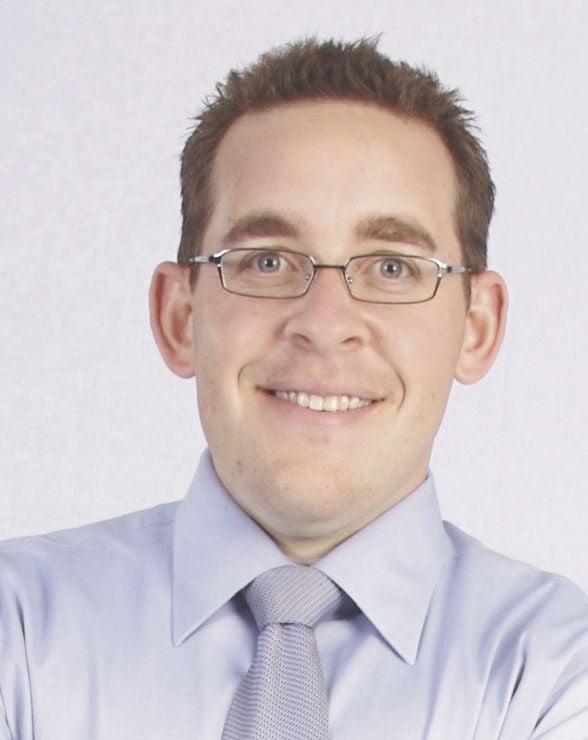 With voter turnout in Beachwood at 40%, some 3,777 of the city’s 9,434 eligible voters decided the city election – replacing Brian Linick with Mike Burkons on Beachwood City Council.

Linick, who is also city council president, said he didn’t campaign for the office, an observation confirmed by Justin Berns, who was re-elected for his second full term in office.

“This is probably the best outcome for everyone involved, including myself,” Linick told the Cleveland Jewish News Nov. 5. “I’m excited to have more time with my family. I didn’t really campaign this time around. Truthfully I was – I’m happy for there to be someone new.”

Linick, 41, received 1,376 votes, or 13.7% of the vote, according to final, unofficial results from the Cuyahoga County Board of Elections.

Other city councilors would not comment on the potential impact a city council investigation into alleged inappropriate comments on the part of Mayor Martin S. Horwitz may have had on the election. And Linick said he did not believe the investigation affected his popularity at the polls.

“Since he ran (and lost) against Merle Gorden back in 2013 in a highly-contested race for mayor, Brian Linick has had an interesting career in Beachwood politics,” Edward M. Horowitz, associate professor of communication at Cleveland State University, wrote in an email to the CJN. Horowitz lives in South Euclid.

“Becoming head of the city council put him in a position of power, but – as Linick, himself, has said – it seemed unusual to not see him campaigning this election season,” Horowitz wrote. “As Beachwood was flooded with yard signs, I don’t recall seeing one for Linick. That seemed to be saying something, so his defeat suggests he may not have wanted to return for another term. But the strangely timed, public announcement of the investigation of Mayor Horwitz did raise concerns among many in the community.”

Incumbent councilwoman Barbara Bellin Janovitz, 60, was the top vote-getter and won her second term on council. With 2,589 votes, she won 25.8% of the ballots. The estate attorney is a partner at Reminger Co. LPA in Cleveland.

This was not Burkons’ first run, but it was his first win. He is the president and owner of Charitee Golf, LLC.

Taylor was appointed in January 2016 to fill the unexpired term of Horwitz when he became mayor.

Linick said he believed his greatest contribution had to do with the structure of the government.

“I think that we really just kind of overhauled city government,” Linick said. “And it just operates with much more transparency and fiscal responsibility. But it’s hard to name just one thing.”

He said his hope for the city is that the next city council will “focus on the residential community.”

Burkons, also reached Nov. 5, said he was grateful to the confidence of the voters.

“Thank G-d there were four seats,” he said, noting the narrow spread of results.

“I’ve been a vocal advocate,” Burkons said. “As an outsider, sometimes your voice is only heard to a certain extent, and now on council you sit at a dais with a microphone in front of you and your positions, beliefs, ideas get a much better airing.”

Burkons said he hopes the city will add lighting and sidewalks to heavily traveled side streets and that the council will find efficiencies in spending, “and if possible, find a way to shift those resources toward the schools to lessen the financial burden on them, and in turn our property taxes.”

This was Janovitz’s second election as top vote getter.

“I think that the voters respect a person who has integrity, and I think that I have shown by my words and actions that I have integrity,” she said, adding that she has listened to voters as well, citing her decision to spearhead efforts to create a dog park and to enhance trash pickup for seniors and people who have disabilities.

Janovitz said adjusting to a new group dynamic will be the council’s first challenge, noting that Linick “has been an effective councilperson in many ways.”

Berns said he was “truly humbled” to be re-elected to his second full term.

“I want to see improved traffic flow on the Chagrin-Richmond traffic corridor,” Berns said. “We’re going to bring that issue back and real quickly.”

Taylor also named street lighting as high on her list and said she was already receiving phone calls about street lights in the morning of Nov. 6.

“I really try to be cordial and be respectful,” she told the CJN. “I believe in citizen civility. Because of my role in Columbus, I am held to a professional standard at all times in how I must conduct myself. I’m very conscious of the words that I use and the tone, as well as I have a very high respect for our citizens and the offices we serve.”

Taylor also chairs the Ohio Casino Control Commission, based in Columbus. She is president of MAC Installations in Cleveland.

She said she tries to listen to both what is said and what is left unsaid in conversations.

Among her other priorities are to move the pace of business in the city of Beachwood, “in line with how you conduct business accordingly,” she said, adding that she hopes to make Beachwood attractive and welcoming to developers.

“Beachwood is a city where residents do pay attention to their politics,” wrote Horowitz, the CSU professor. “The fact that turnout for this off-off-year election was 40% really attests to that.”

The CJN will publish election results as they come in on Tuesday night. Visit cjn.org/elections to follow along with the coverage.