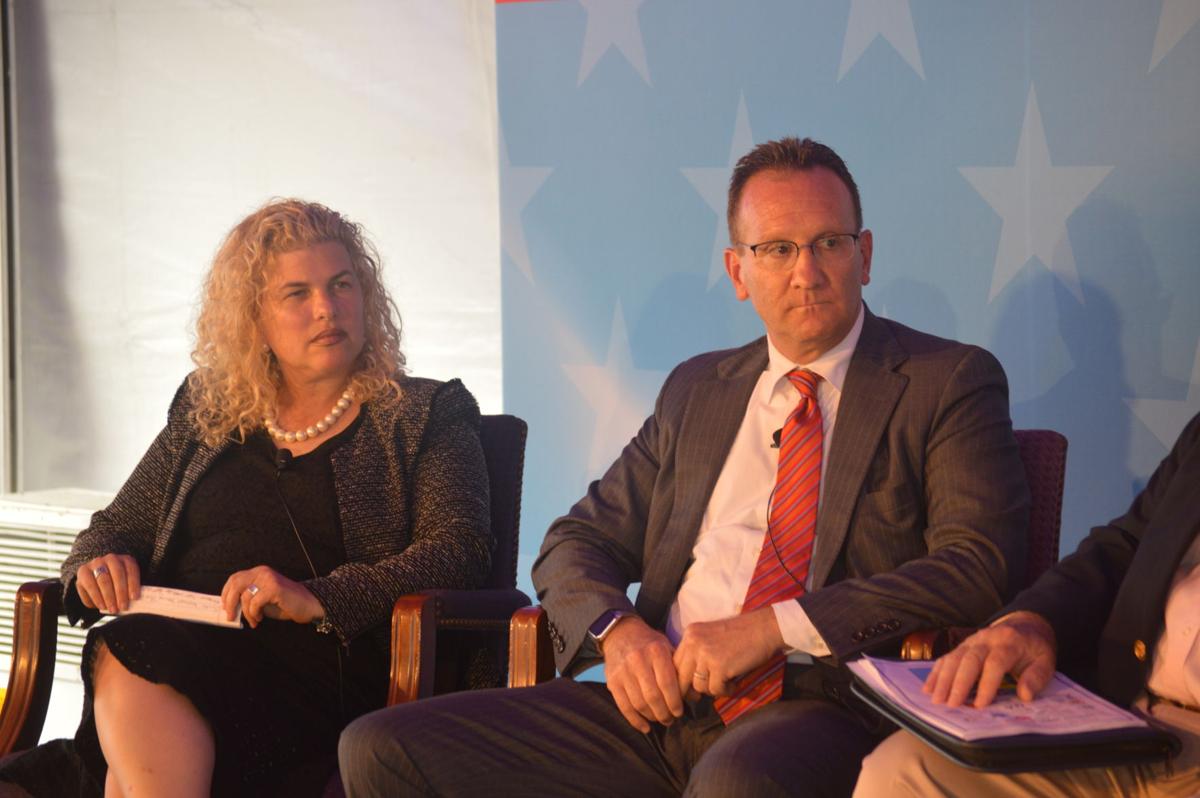 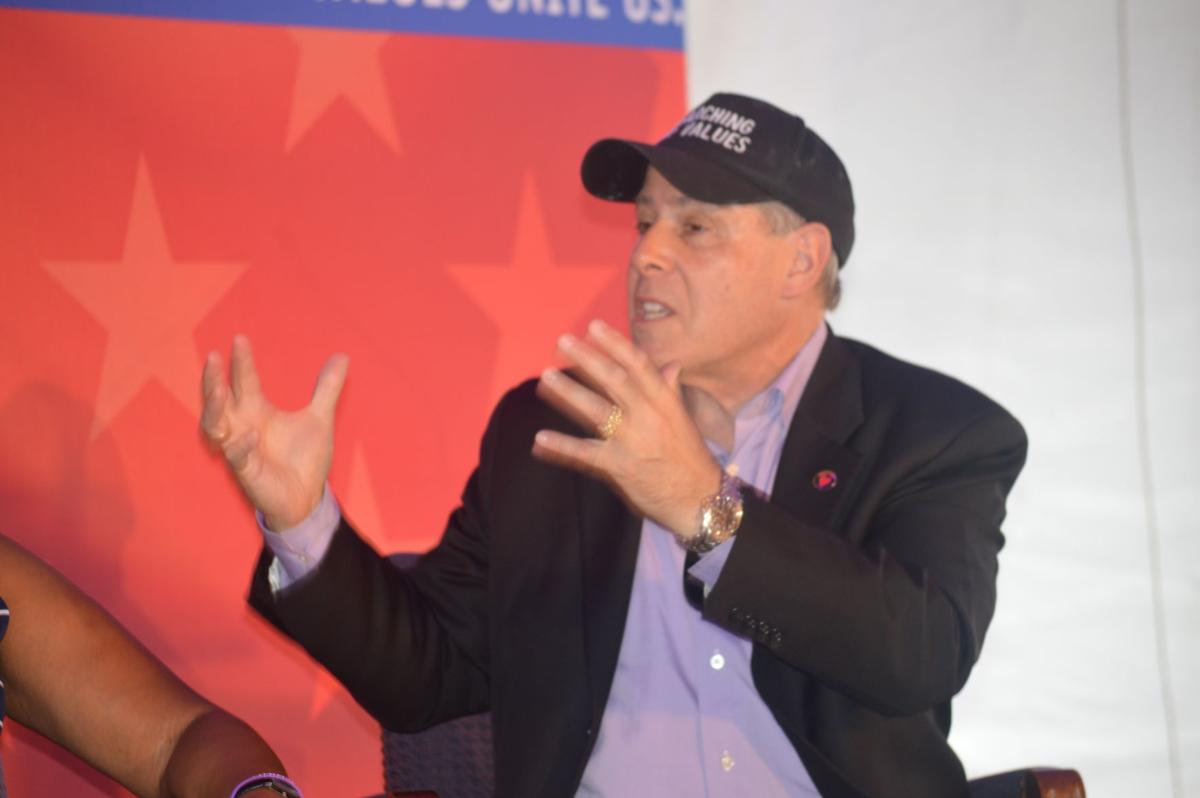 Moderator Stuart Muszynski, Project Love and Purple America CEO, led a passionate discussion about civility in Northeast Ohio and across the country.

Moderator Stuart Muszynski, Project Love and Purple America CEO, led a passionate discussion about civility in Northeast Ohio and across the country.

Is Northeast Ohio a model of civility? Why is the world so lacking in civility?

Under a purple tent, representing Purple America and the bridge between red (Republican) and blue (Democrat), a panel took on those questions. Purple America, a national initiative of the Values-in-Action Foundation designed to refocus American dialogue into a civil and productive tone, hosted the event.

The panel was comprised of the Hon. Francine Goldberg, a Cuyahoga County Domestic Relations Court judge; Kevin S. Adelstein, publisher and CEO of the Cleveland Jewish News and president of the Cleveland Jewish Publication Company; Bill Lavezzi, executive director of the North Eastern Ohio Education Association; and Patricia Frost-Brooks, past president of the Ohio Education Association.

Goldberg referenced the city’s championship parade June 22, when 1.3 million descended on downtown to celebrate the Cavaliers, as an example of civility.

Mimi Plevin-Foust, a Shaker Heights resident and Kol HaLev congregant, said she was particularly moved by another small gesture that Goldberg spoke of July 18: a “Wall of Happiness” Goldberg put up to celebrate happily divorced couples.

“It made me happy about how thoughtful people are and how much everyone is doing in their own individual way to create community,” Plevin-Foust said. “What a brilliant idea, because one of the biggest sources of strife in a person’s life is if they get divorced and don’t get along well with the other parent of their children. I just thought, ‘Oh my God, that is so brilliant.’ It’s a great example of helping to build a more harmonious community.”

Given that two educators were included in the event, it was not surprising that the panel focused on education’s role in instilling values.

Frost-Brooks lamented an educational system in which teachers have less time than ever to instill a sense of community in their classrooms.

“A lot of things that we did in classrooms to build a community, to build a sense of belonging, to build a family, became eroded because of what teachers have to do now,” Frost-Brooks said. “Educators don’t have that time.”

Plevin-Foust said she appreciated Frost-Brooks’ comments and thought back on when her daughter attended Boulevard Elementary School in Shaker Heights. She recalled that the kids would start the day sitting in a circle talking about how they were doing. She said that helped the children feel valued and that the teacher cared.

Adelstein reflected on his concern over what his daughter is learning from the world around her. He talked about teaching her early on basics such as to say “please” and “thank you” in a world that all too frequently has eschewed civility.

“My single greatest fear is raising a child in the world today,” Adelstein said. “There’s no greater role in society than a teacher. They’re setting a tone for my child.”

Adelstein said the media also play a key role in promoting good values, given how impressionable people are.

“Our readers look to us to tell the stories that aren’t being told,” Adelstein said.

The Cleveland Jewish News will be reporting live all week from the RNC in Downtown Cleveland. We will be bringing you the Jewish perspective f…

The Cleveland Jewish News will be reporting live from the Republican National Convention in downtown Cleveland. Get the Jewish perspective from the convention with daily emails July 18 to July 22. Sign up here.