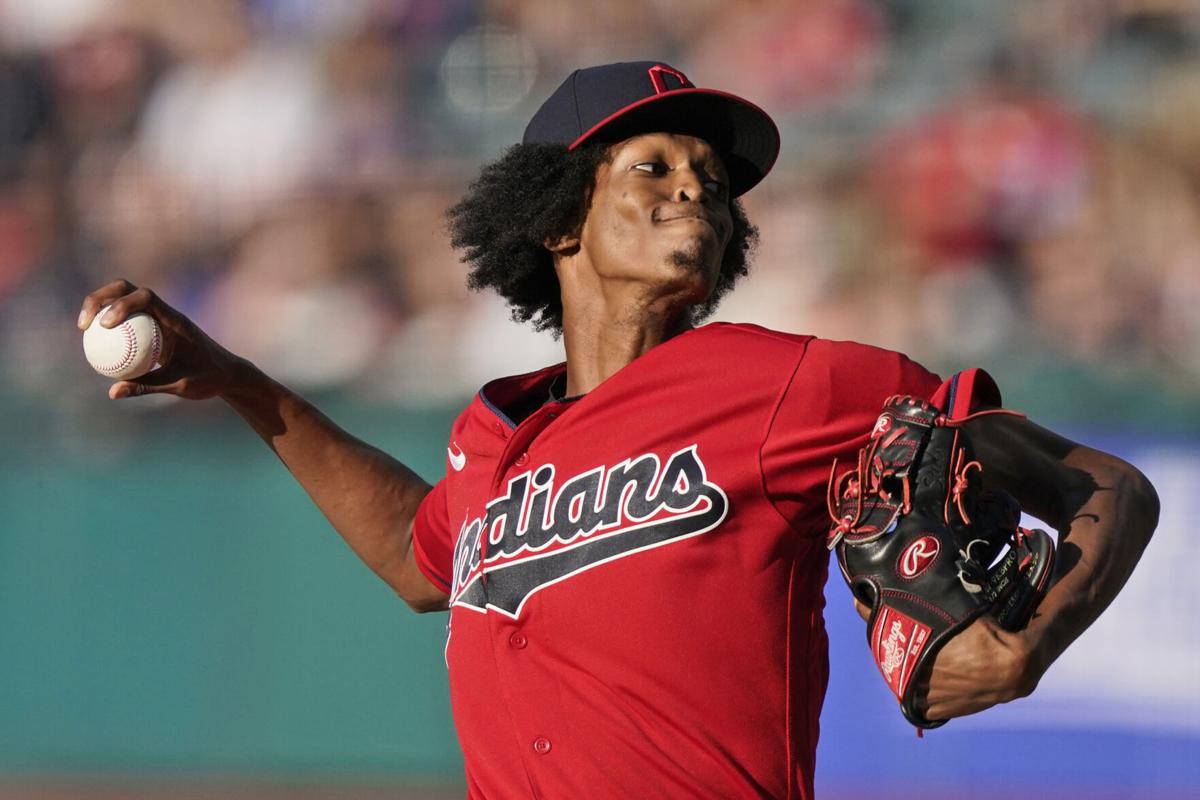 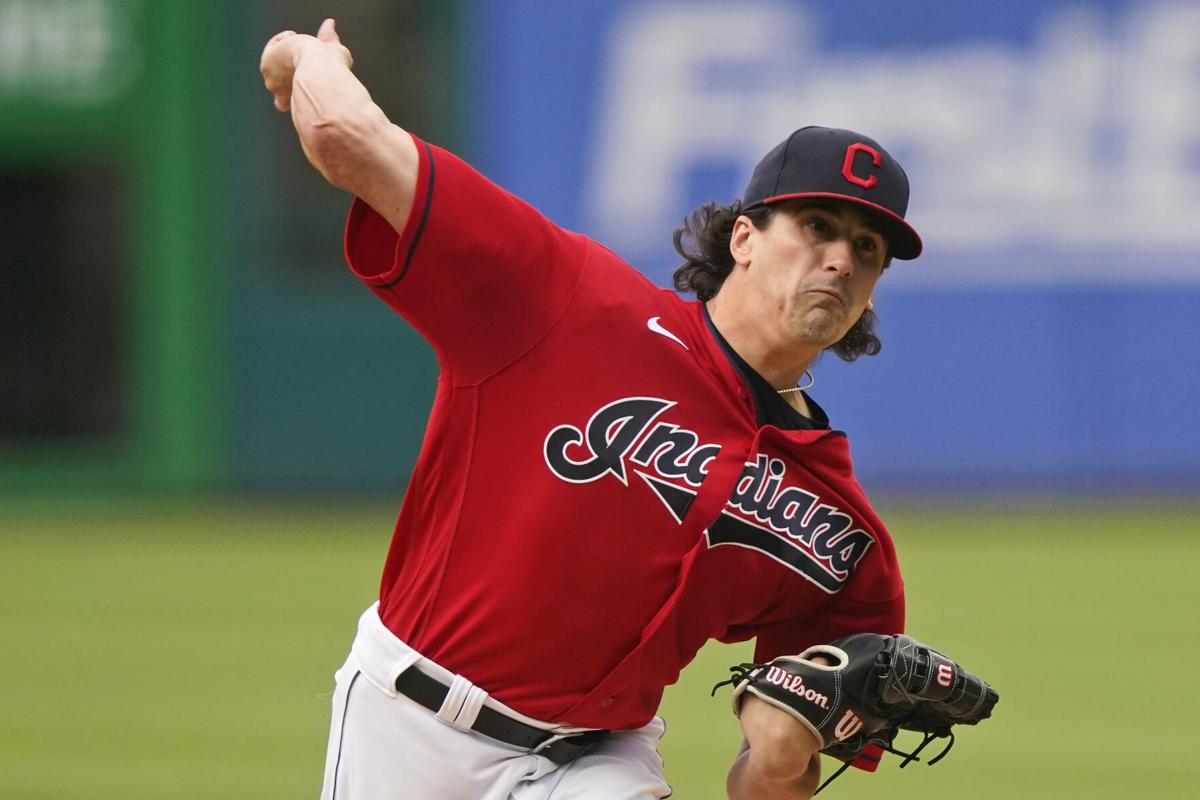 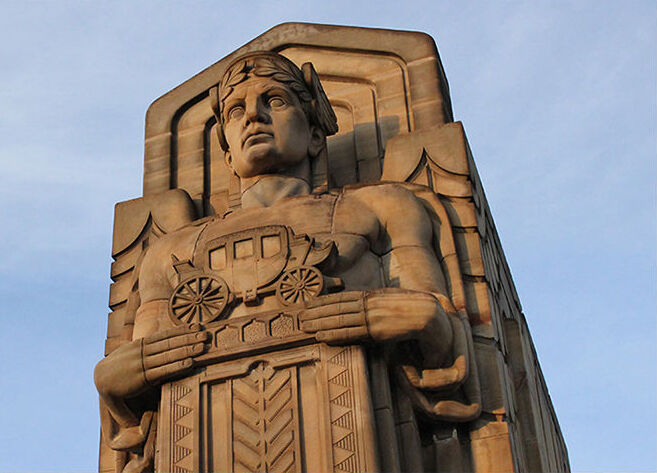 One of the large landmark stone edifices near the downtown ballpark — referred to as traffic guardians — on the Hope Memorial Bridge over the Cuyahoga River.

One of the large landmark stone edifices near the downtown ballpark — referred to as traffic guardians — on the Hope Memorial Bridge over the Cuyahoga River.

CLEVELAND (AP) — Known as the Indians since 1915, Cleveland's Major League Baseball team will be called Guardians.

The ballclub announced the name change Friday — effective at the end of the 2021 season — with a video on Twitter narrated by actor and team fan Tom Hanks. The decision ends months of internal discussions triggered by a national reckoning by institutions and teams to drop logos and names considered racist.

Together, we are all... pic.twitter.com/R5FnT4kv1I

The choice of Guardians will undoubtedly be criticized by many of the club's die-hard fans, some of whom quickly went on social media to vent.

The organization spent most of the past year whittling down a list of potential names that was at nearly 1,200 just over a month ago. But the process, which the club said included 140 hours of interviews with fans, community leaders, front office personnel and a survey of 40,000 fans.

Owner Paul Dolan said last summer's social unrest, touched off by the killing of George Floyd in Minneapolis, spurred his intention to change the name.

Dolan is expected to provide more details on the choice and background on the change at a news conference at Progressive Field before the Indians host the Tampa Bay Rays.

Dolan said the new name mirrors the city and its people.

"Cleveland has and always will be the most important part of our identity," he said in a statement. "Therefore, we wanted a name that strongly represents the pride, resiliency and loyalty of Clevelanders. 'Guardians' reflects those attributes that define us."

"It brings to life the pride Clevelanders take in our city and the way we fight together for all who choose to be part of the Cleveland baseball family. While 'Indians' will always be a part of our history, our new name will help unify our fans and city as we are all Cleveland Guardians."

The change comes as the Washington Football Team continues to work toward a similar makeover. The franchise dropped its Redskins name before the 2020 season. Washington recently said it will reveal a new name and logo in 2022.

Cleveland's new name was inspired by four large landmark stone edifices near the downtown ballpark — referred to as traffic guardians — on the Hope Memorial Bridge over the Cuyahoga River.

The team's colors will remain the same, and the new Guardians' new logos will incorporate some of the architectural features of the bridge.

In 2018, the Indians stopped wearing the contentious Chief Wahoo logo on their jerseys and caps. However, the team continues to sell merchandise bearing the smiling, red-faced caricature that was protested for decades by Native American groups.

Numerous Native American groups have protested Cleveland's use of the Wahoo logo and Indians name for years, so the latest development brought some comfort.

"It is a major step towards righting the wrongs committed against Native peoples, and is one step towards justice," said Crystal Echo Hawk, executive director and founder of IllumiNative, a group dedicated to fighting misrepresentations of Native Americans.

The name change has sparked lively debate among the city's passionate sports fans. Other names, including the Spiders, which is what the team was called before 1900, were pushed by supporters on social media platforms.

But Guardians does seem to fit the team's objective to find a name that embodies Cleveland's hard-working, loyal, Midwestern-valued ethos while preserving the team's history and uniting the community.

The rebranding comes as the Indians, who have one of baseball's lowest payrolls, try to stay in contention despite a slew of injuries as the July 30 trading deadline approaches.

"This is a historic moment for our franchise, and we are excited for our players and staff to debut our new team name and look in 2022," said Chris Antonetti, the club's president of baseball operations. "We look forward to our team proudly representing the city of Cleveland as the Guardians."

What do you think of the team name Cleveland Guardians?

What’s in a name? Nothing if you win a World Series