Athletes and their coaches show off their hardware, surrounded by CJN Sports Columnist Les Levine. 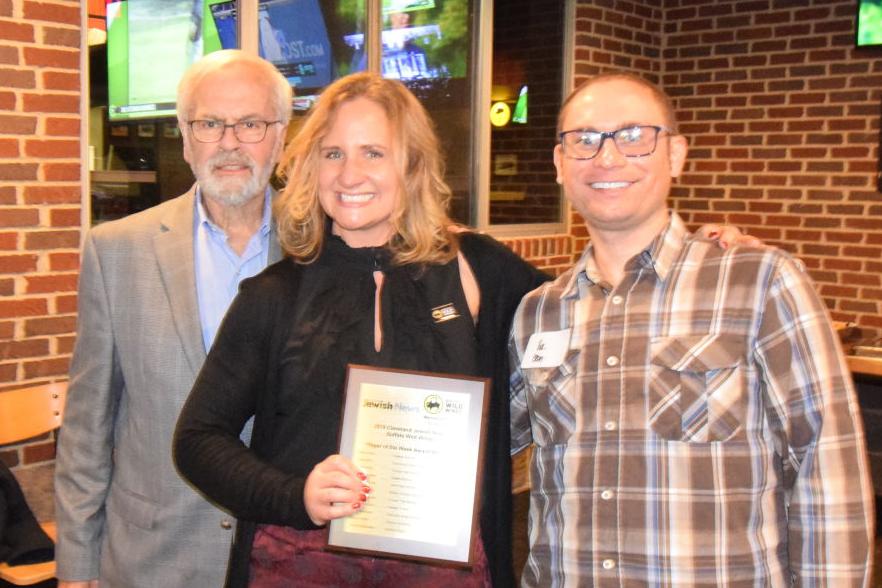 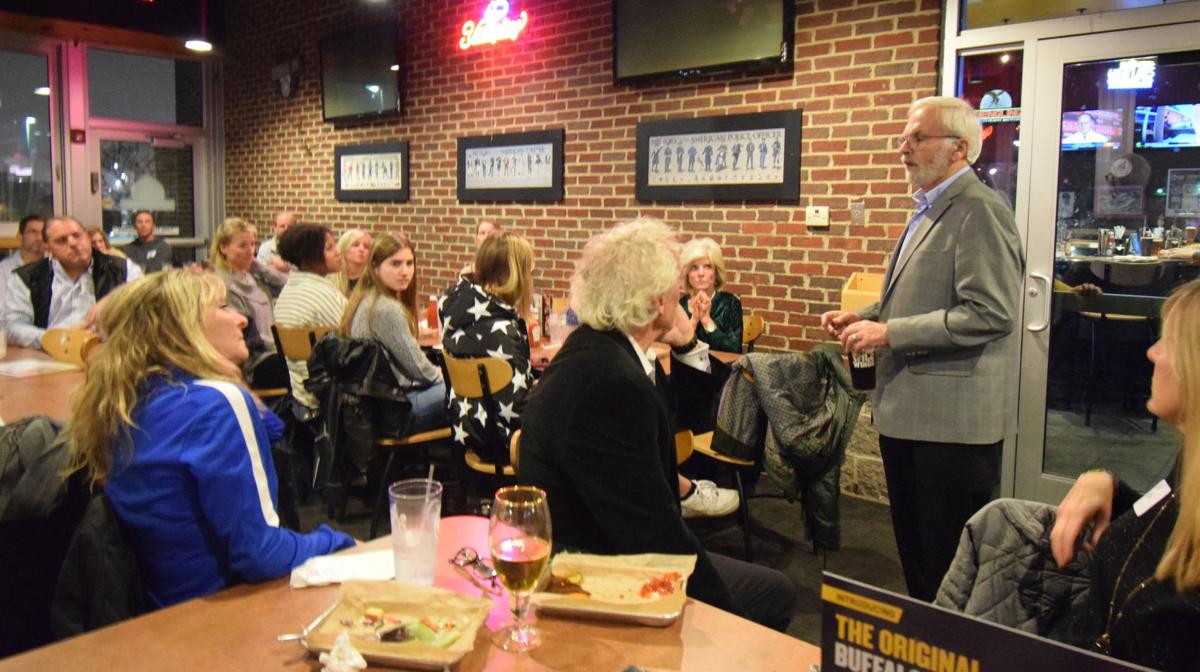 Athletes and their coaches show off their hardware, surrounded by CJN Sports Columnist Les Levine.

The Cleveland Jewish News-Buffalo Wild Wings Warrensville Heights Player of the Week winners from the fall sports seasons were honored during an awards banquet Dec. 9 at the restaurant.

“It’s something we at the Cleveland Jewish News and Buffalo Wild Wings Warrensville Heights take very seriously,” Jacob said. “We know the importance of covering and recognizing high school sports. Unfortunately, too few media are doing it today. This is why we created the player of the week and we are so happy to have BW3 as our partner.”

Adam Mandell, vice president of sales at the CJN, introduced the student-athletes and each individual winner was awarded a plaque and gift certificate to the Warrensville Heights Buffalo Wild Wings.

Colleen Flowers, director of marketing for Buffalo Wild Wings Warrensville Heights, acknowledged the athletes and the partnership her company has established with the CJN to recognize local Jewish high school student-athletes.

He began by saying Cleveland is a great sports market for a sportscaster or a sportswriter because the news always seems to fall in your lap. Just take this weekend for example, he said, with the college football playoff selection and Cleveland Indians trade talk.

• “Ohio State’s going to win the whole thing,” Levine said emphatically, despite the Buckeyes being second ranked heading into the postseason.

• With the Indians Francisco Lindor, “The team is doing what it should do, listen to offers. They can’t afford to pay him $35 million a year for 10 years, so they’ll have to trade him (in 2021). With the pitching they have next year and with Lindor, they should be good enough to compete and maybe win the Central Division. And once you get to the postseason, anything can happen.

• About the Cavs, “The Cavaliers suck.”

• Asked if Cleveland Browns head coach Freddie Kitchens should be fired, he responded, “I think General Manager John Dorsey doesn’t want him to go because it’s his pick and he’s tied at the hip a little. On the other hand, Freddie’s done some strange things and not done some strange things. There are certain people who are assistants. Just because you’re good at that doesn’t mean you automatically get pushed up to head coach and I think there are lot of examples around. Freddie’s a good guy. I don’t think he has an undertsanding of clock management and game management, but maybe he’ll learn. Maybe he’s learned already. If he goes 8 and 8, I don’t want him to be here, but I don’t want another coaching change. Eight and 8 probably keeps his job. He’s 6 and 7 right now with three more games to go.”

• About the Browns Odell Beckham Jr. and trade rumors, Levine said, “If I was Dorsey, you have three more years on his contract. He can demand a trade all he wants, Dorsey has the leverage. Now, do you want a guy like that being a bad guy in the lockerroom, no. But I don’t think they traded for him to get one year out of him, they traded for what his contract was and I’d force him to stay.”

In closing, Levine offered advice for the student-athletes.

“Study hard,” he said, “because so few athletes make it.”

A plaque with the names of each year’s award winners hangs in the restaurant. In addition, each student-athlete received a laminated, enlarged copy of his or her story that appeared in the CJN.