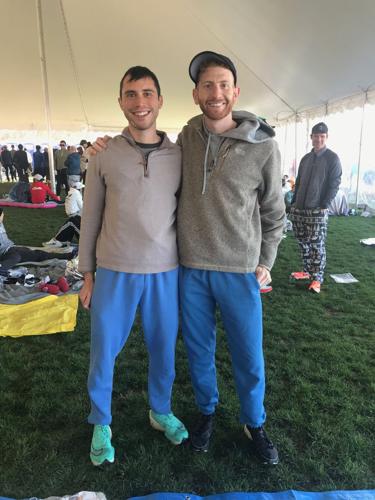 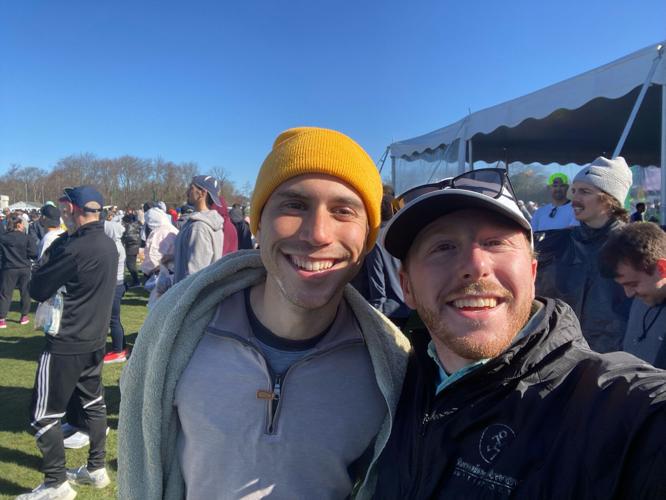 Though the field for the 2022 Boston Marathon on April 18 was limited to 30,000 runners, there were several runners with Cleveland ties who made the trip to Boston to race, including former Shaker Heights resident Jonah Weinstein, who lives in New York City, and Shaker Heights High School graduate Alex Schachtel, who lives in Chicago.

Neither are new to running marathons. Schachtel used the Boston Marathon as preparation for the Big Sur International Marathon on April 24 in Big Sur, Calif., jogging to a finish time of 3:32. Weinstein finished the race with a time of 2:48, but was faced with a particular challenge preparing for this year’s marathon as the race fell during Passover, which made fueling up for it with carbohydrates not suitable for the holiday.

“I didn’t have a traditional carbo-load pasta dinner like I did for the New York Marathon,” Weinstein told the Cleveland Jewish News. “I was eating matzah, gefilte fish ... I had eggs and normal potatoes, Pesach food. But I was a little bit nervous going into the race not having bagels and pasta the night before like I would for other races.”

The Passover diet switch didn’t slow him down too much; he finished the New York City Marathon on Nov. 7, 2021, with his personal record of 2:46, putting his Boston Marathon time only two minutes longer. He said he considered the race his “Sandy Koufax moment,” referring to the former Los Angeles Dodgers pitcher’s performance during the 1965 World Series, when Koufax was named World Series MVP after refusing to pitch on Yom Kippur in Game 1.

After finishing the New York Marathon, Weinstein connected with another New York City resident with Cleveland ties, Michael Zelwin, who graduated from Solon High School. Coincidentally, even though the New York Marathon has a field of 25,000 runners, Weinstein and Zelwin finished back-to-back with each other and got in touch ahead of the Boston Marathon. Though the two didn’t know each other personally, their families know each other and belong to B’nai Jeshurun Congregation in Pepper Pike. Weinstein said his grandparents even used to order meat from Zelwin’s grandfather, who was a butcher.

Zelwin finished the Boston Marathon with a time of 2:42, and he and Weinstein met up before the race, which Weinstein said gave the big-city marathon a “small town connection.”

“It was a nice experience to do seder with my family and then go to Boston to run this marathon,” Weinstein said.

Ed Carroll is a freelance reporter.