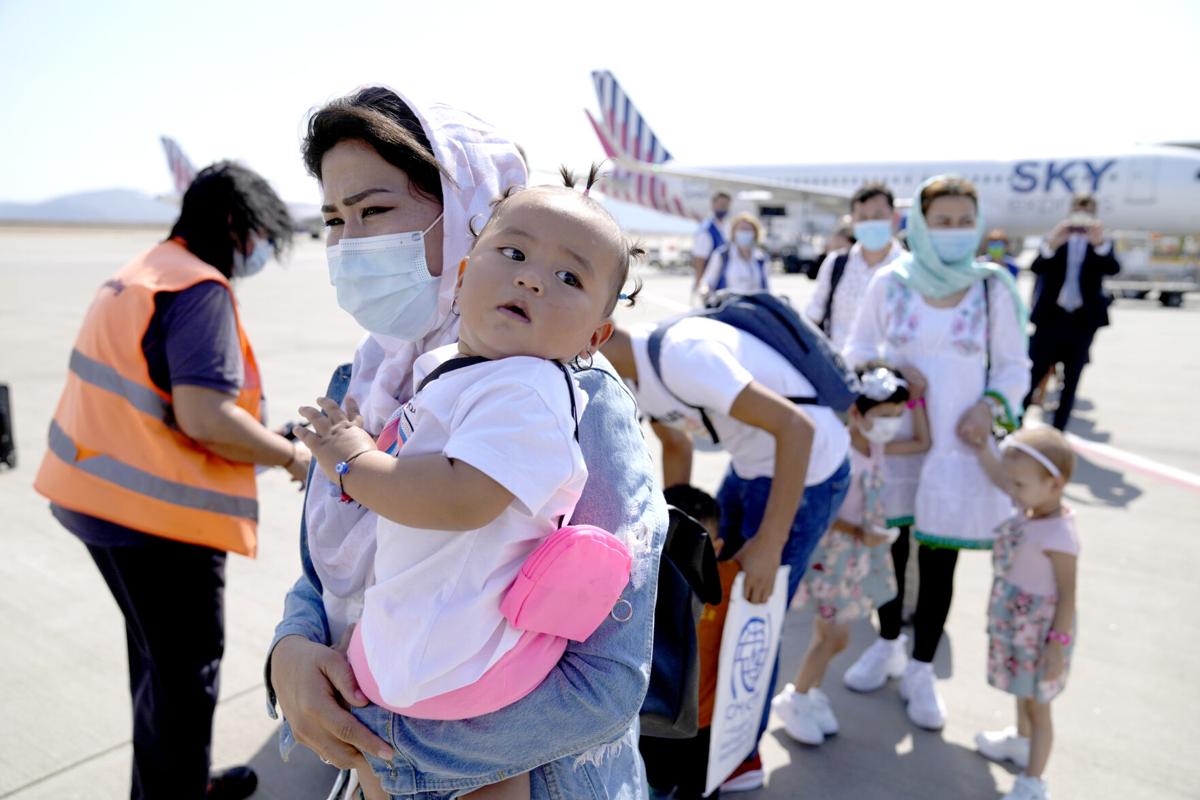 Afghan refugees wearing face masks to prevent the spread of the coronavirus, board an airplane bound for Portugal at the Eleftherios Venizelos International Airport in Athens, on Tuesday, Sept. 28, 2021. The 41 refugees from Afghanistan were relocated as part of a migrant reunification plan agreed between the two countries. (AP Photo/Thanassis Stavrakis) 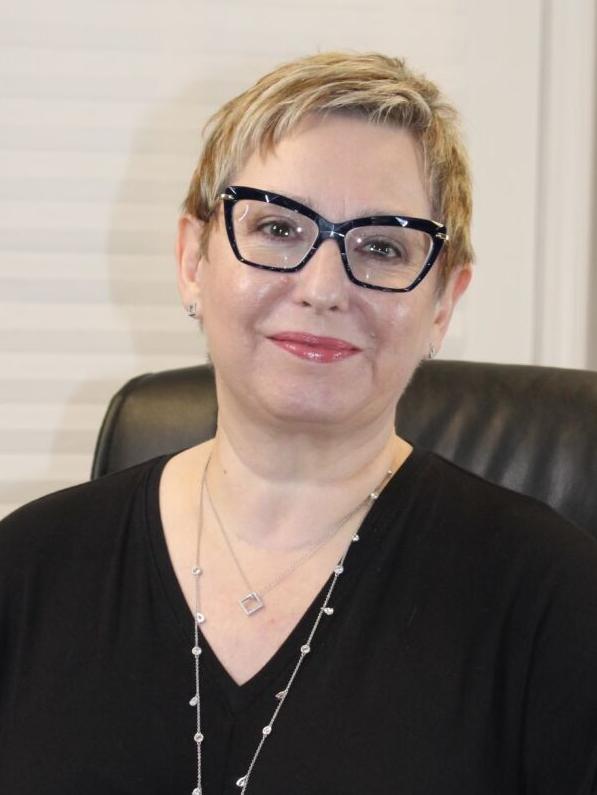 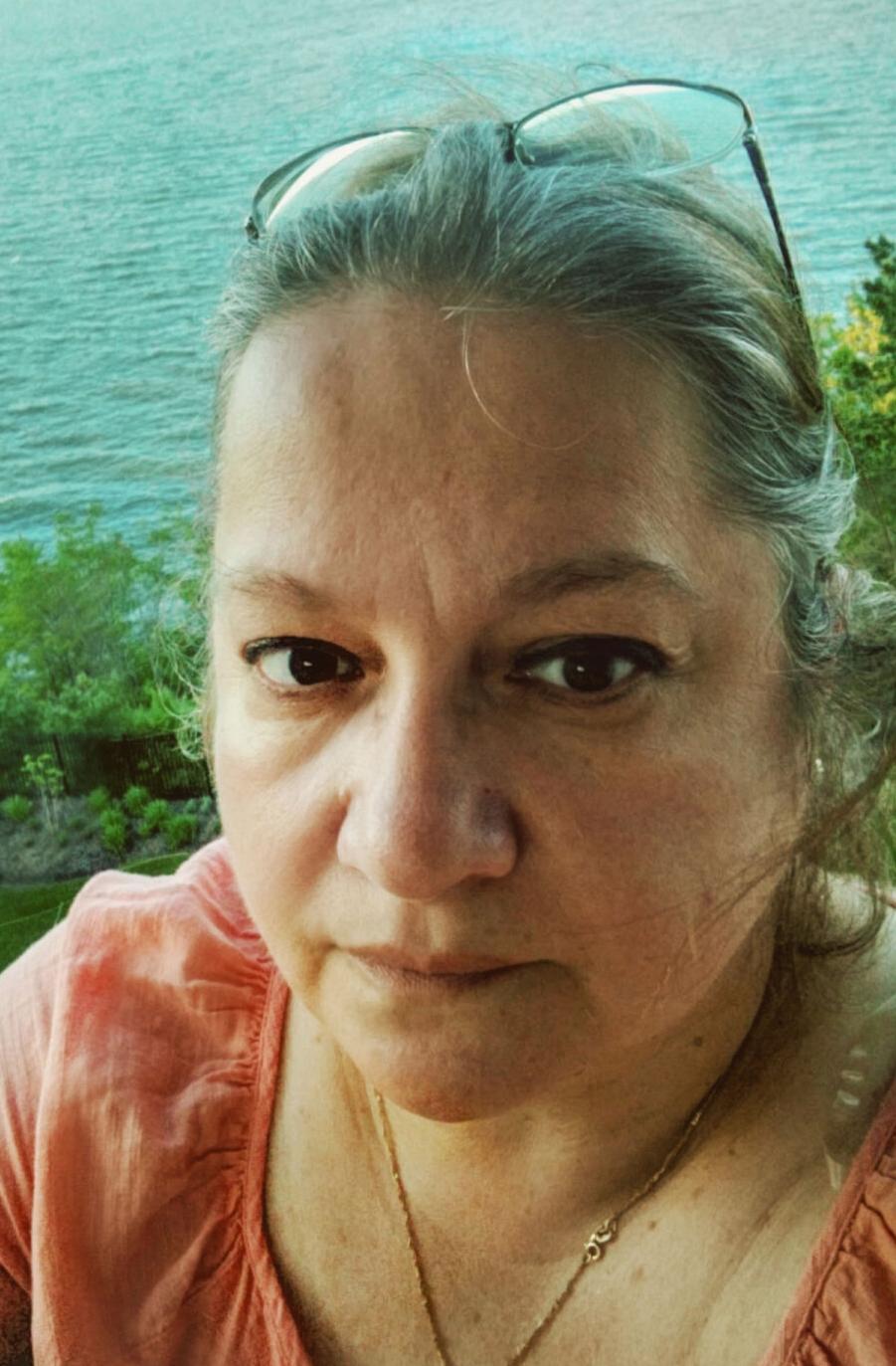 Nearly 1,000 Afghan evacuees are being placed with eight Ohio resettlement agencies as part of the first group of nearly 37,000 arrivals across the country, Ohio Gov. Mike DeWine recently announced.

One of those eight agencies is US Together, an Ohio immigrant and refugee services agency founded by Jewish refugees from the former Soviet Union. US Together is resettling hundreds of Afghan evacuees arriving in Columbus, Cleveland, Akron, Toledo and Cincinnati over the next 12 months.

Tens of thousands of Afghans have been airlifted from Kabul after the Taliban retook control of Afghanistan with the United States exiting from the country after 20 years. Many who helped U.S. forces in Afghanistan will spend time in another country while they wait to be admitted to the U.S., but some are already arriving – and needing support as they adapt to a sudden relocation and a new country.

“I would say that 100% of them are traumatized, including children,” said Maria “Masha” Teverovsky, the director of development at US Together’s office in Columbus. She previously worked at Jewish Family Service Association of Cleveland and Hebrew Immigrant Aid Society. “A lot of them are separated from loved ones. It happened so suddenly. Some of them may not be able to work for a long time due to the trauma. It remains to be seen,” Teverovsky added.

An affiliate of HIAS, US Together is expected to receive approximately 450 new refugees in both Columbus and Cleveland. Akron will receive 50. The legal mechanisms for entry are the special immigrant visa and humanitarian parole.

Special immigrant visas are issued to new arrivals who collaborated with the U.S. government during its time in Afghanistan, said Teverovsky, who came to America as a Jewish refugee from the former Soviet Union.

“The majority of the evacuees at this point are mostly at military bases where they are being vetted,” she said.

In addition to the 450 refugees, US Together in Cleveland is expected to receive 85 to 100 Afghans who will be humanitarian parolees. These are refugees who, pending any new legislation, will not be eligible for federal benefits and services usually provided under the contract with the State Department and U.S. Office of Refugee Resettlement.

“Welcoming parolees is a unique task, which has never been done before by the U.S. refugee resettlement program,” Teverovsky said. “They will not have eligibility for Medicaid, for example. We will need more community support and more volunteers to get these people helped. We definitely will be reaching out to the Jewish community as much as we can.”

“We will have a lot of needs to address, including mental health and housing,” said Nadia Kasvin, co-founder and director of US Together in the Columbus office, and a Jewish refugee from Ukraine who was resettled by Jewish Family Services. “The situation is very fluid and we learn more every day about services available.”

Kasvin said the agency is looking for landlords to provide both apartments and single-family homes, as well as to provide for basic needs like clothing, items for homes and food. It is also seeking volunteers to provide transportation, help setting up apartments, English language assistance, toys for kids and orientation around the city.

US Together also has volunteer opportunities which include job readiness, financial literacy tutoring and hosting families.

“It’s something we’re doing to welcome refugees to the community,” he said.

“We’re happy to be able to participate in this project,” Skolnik said. “We see it as a religious obligation to welcome the stranger, and this is a great way to do that.”

Ron Hedrick, director of US Together in Cleveland, said the agency is in the process of connecting with local synagogues and the Jewish Federation of Cleveland.

“We’re launching a community sponsorship project initiative to connect with faith-based organizations to really show that there’s an overwhelming amount of community support here in Cleveland for refugees,” he said.

Park Synagogue in Pepper Pike and Cleveland Heights has long been involved with US Together work in Cleveland. The agency is also in contact with Anshe Chesed Fairmount Temple in Beachwood, Teverovsky said.

Immigration paralegal Emma Ritz of Pepper Pike is focused on those Afghans left behind. A member of Fairmount Temple, she said she is volunteering to find ways out of Afghanistan for qualifying Afghans and family members. Ritz has interned with No One Left Behind, an organization that helps Afghan and Iraqi translators gain their U.S. Special Immigrant Visas and ensures that they are properly resettled in America, she said.

“We want people to know that there were a lot of Afghans risking their safety in order to help American forces, but the visa system that was set up to help protect them and allow them to emigrate is so difficult and convoluted,” Ritz said. “So many deserving people are left behind.”

To help refugees be resettled more efficiently, the general public should contact their government representatives to ask that the paperwork required be reduced and streamlined, Ritz said.

“There are literally thousands of people in line asking for help and not nearly enough people providing aid,” she said.

JTA contributed to this report.

Ellen Braunstein is a freelance writer from Chicago.