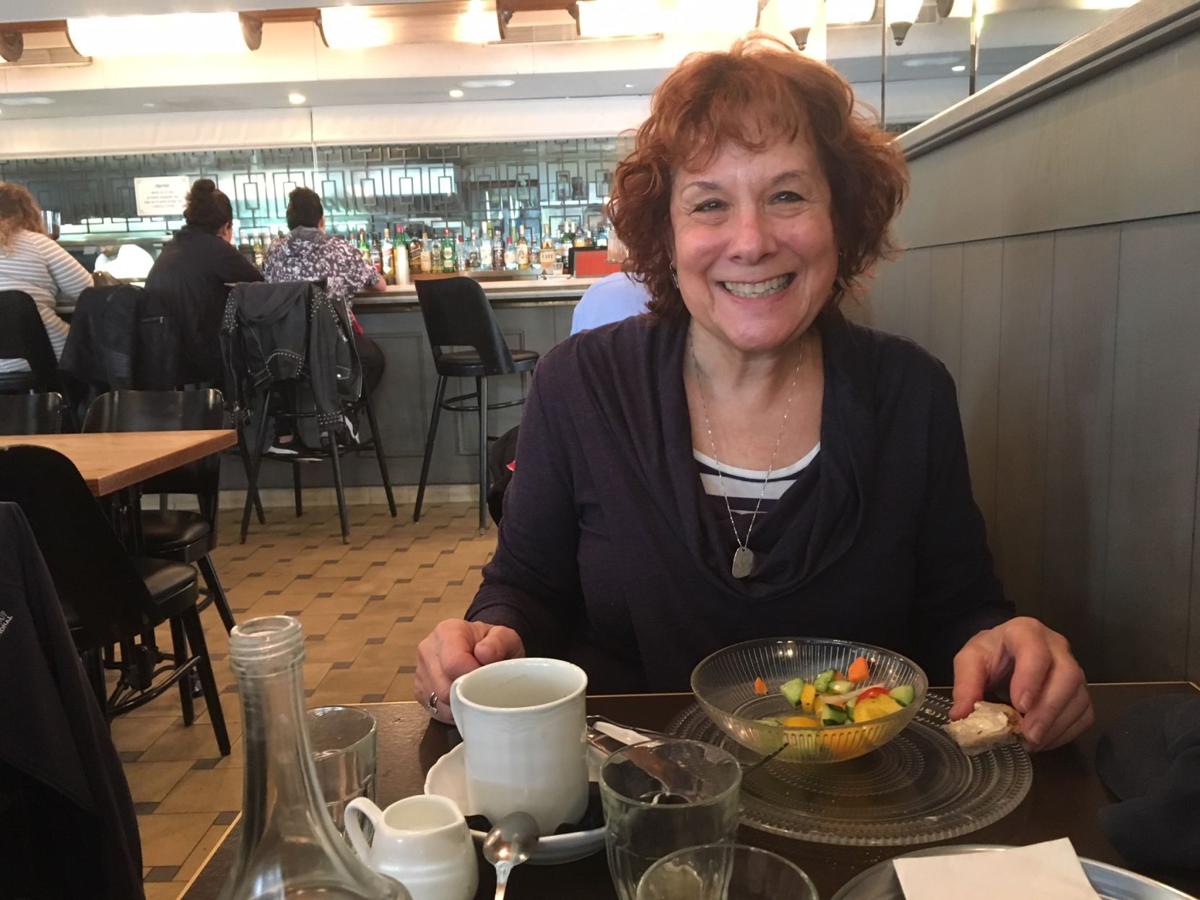 Julie Auerbach enjoys breakfast at the grand cafe next door to her apartment on her first day in Israel. 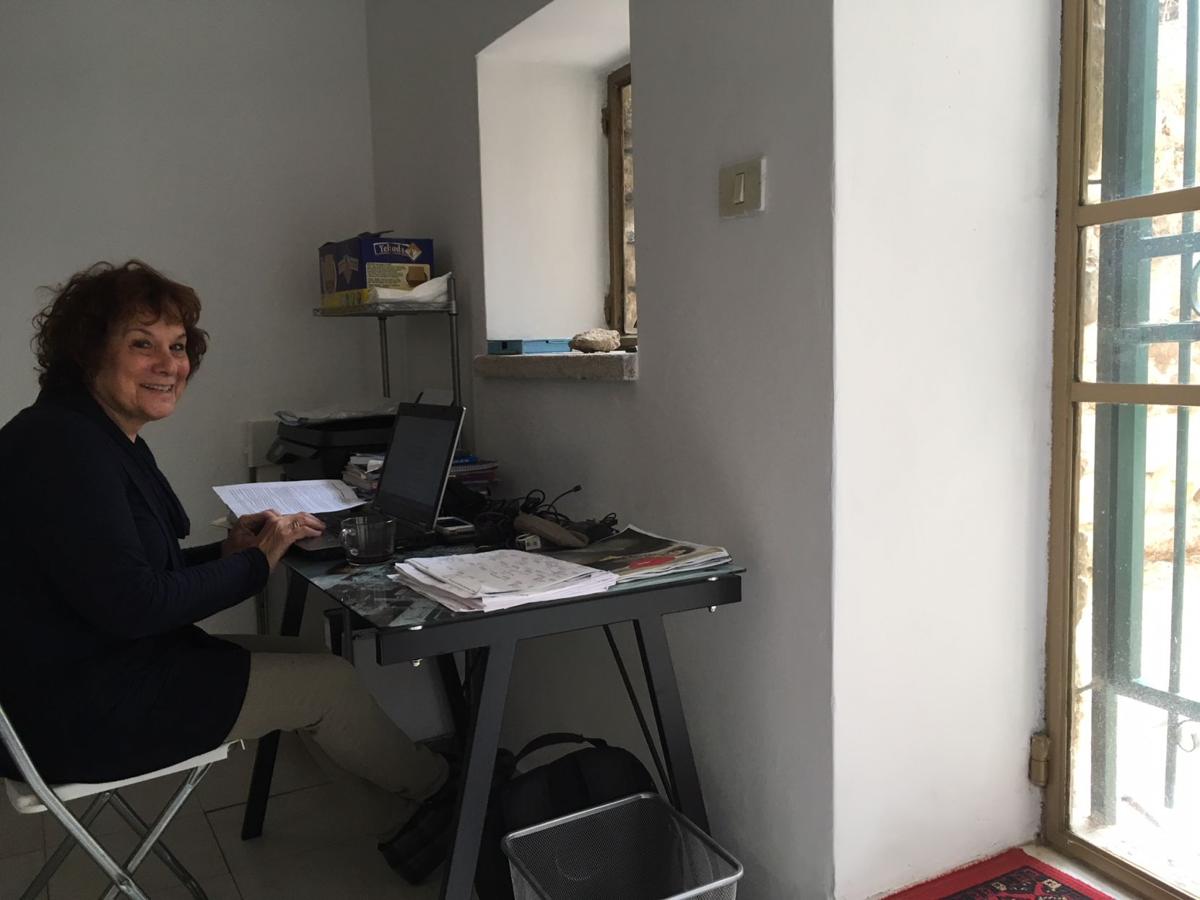 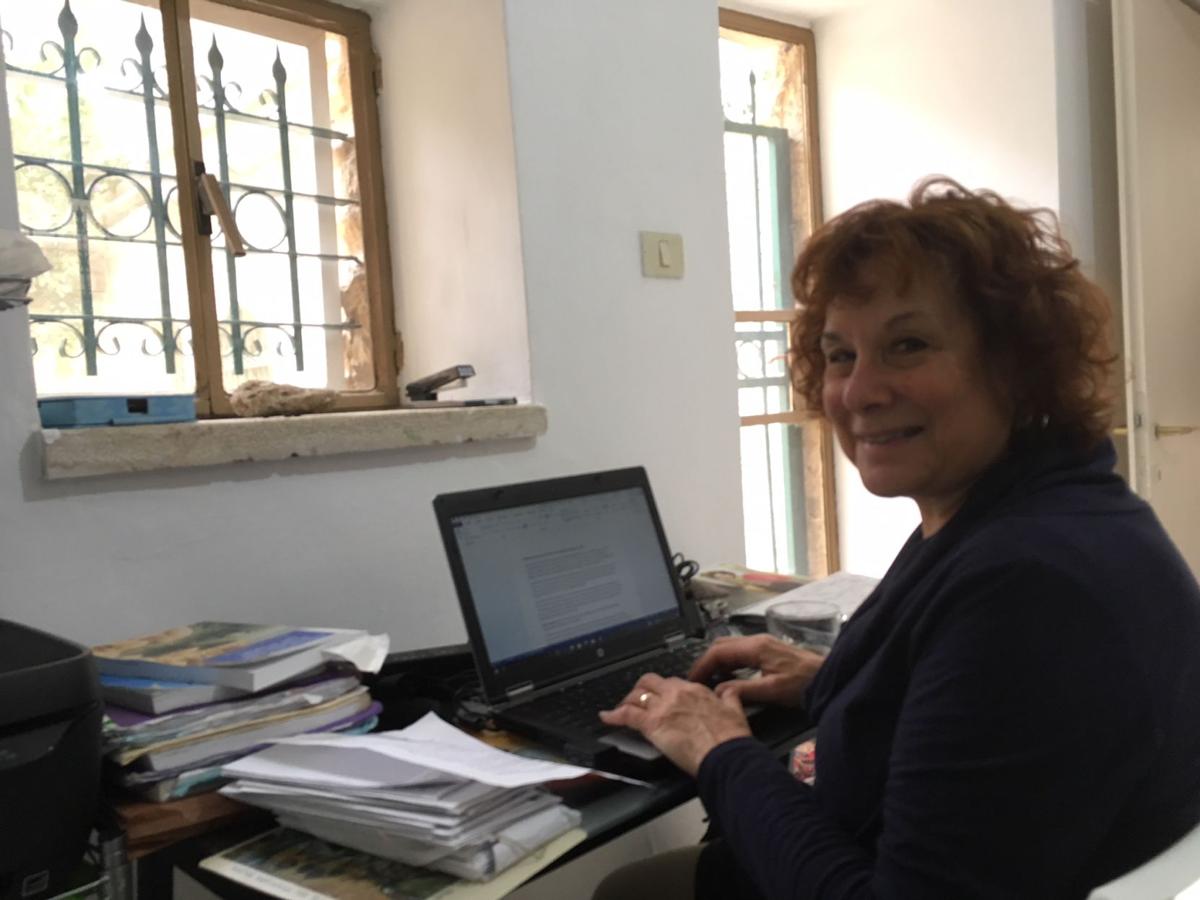 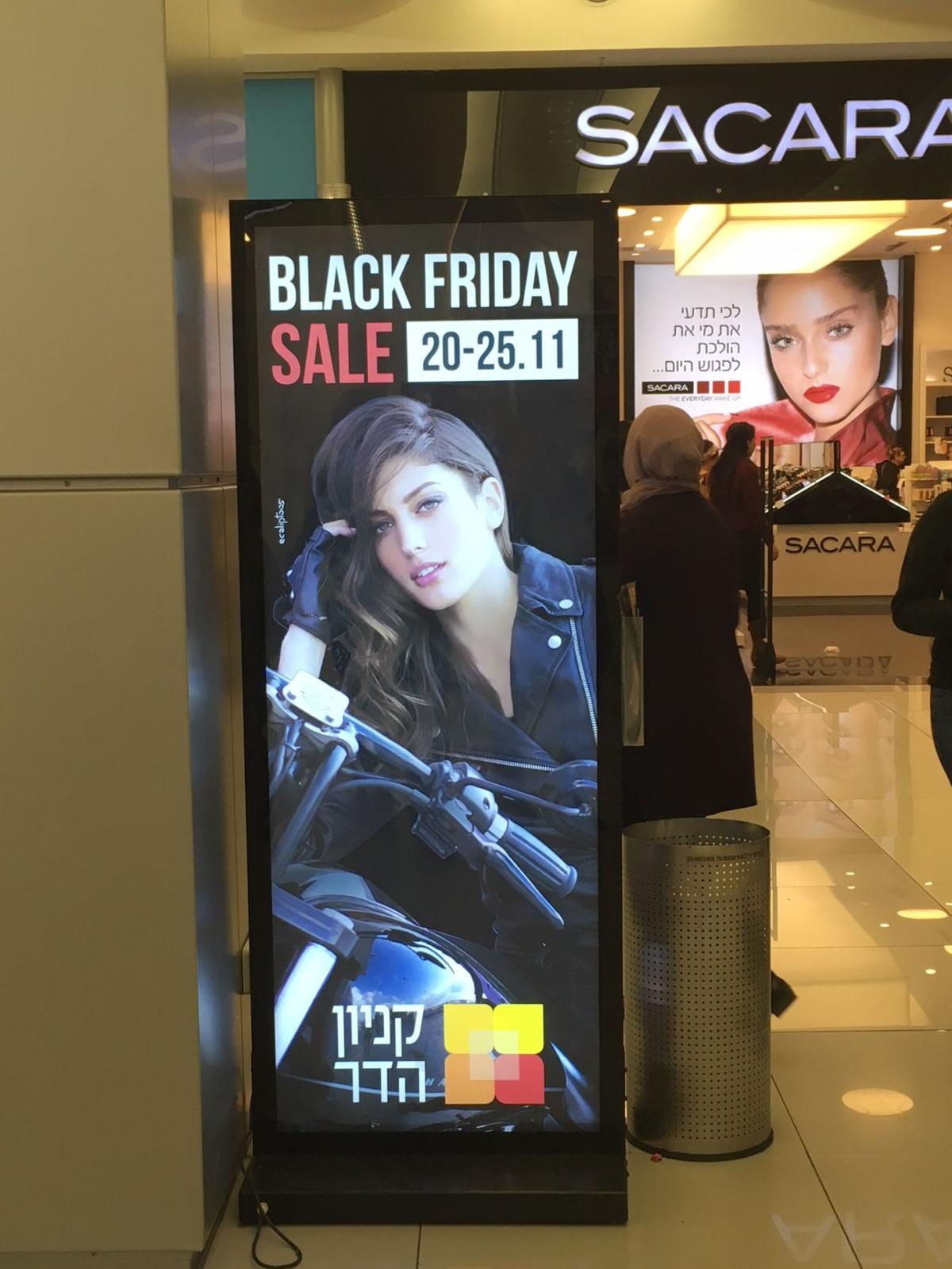 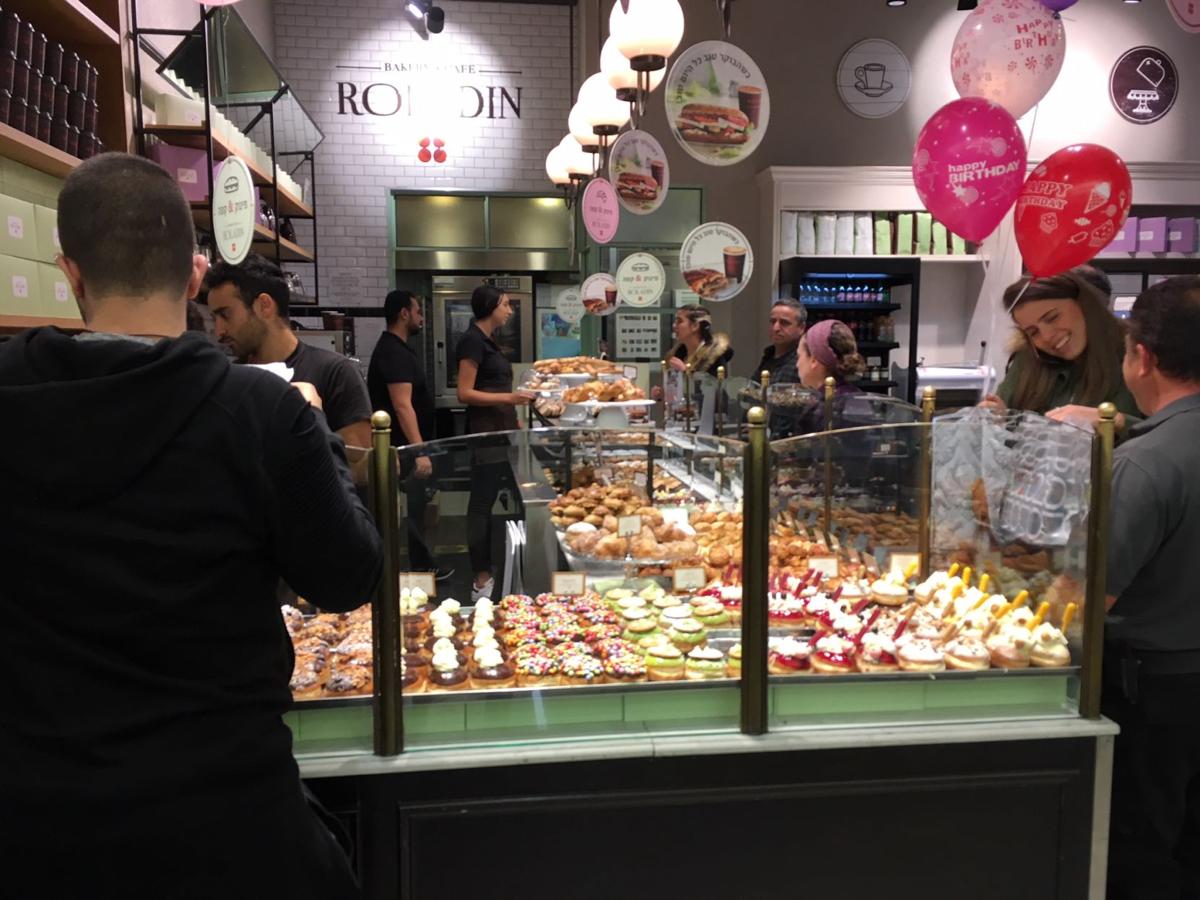 Julie Auerbach enjoys breakfast at the grand cafe next door to her apartment on her first day in Israel.

JERUSALEM – As we worked to stuff all of our things into already bulging suitcases, I received a text message from Delta Airlines that it was time to check in. I started the process for us both, filling in names, birthdates, U.S. passport information, etc.

As I clicked “continue,” a statement popped up telling me that I needed a visa. What, I exclaimed! Sure enough, my husband, Irv, had it too.

I called Delta and left an automated call back message. I put in a call to my travel agent, who of course was not in the office as it was Saturday evening. I went to the U.S. government website and discovered that a visa is needed for travel outside the U.S. of more than 90 days. We were planning to be in Israel for 5½ months, about 164 days.

By the time Delta called back, Irv, ever the logical one, had calmed me down by pointing out that you don’t need a visa to go into your own country. The issue was also a new one for Sarah, the Delta agent. She had to contact her help desk and was told that we could either re-check in with our Israeli passports or show our Israeli documents together with our passports at the Delta desk at the airport, which we did.

Lesson learned: Sabra birds need to use the passport for the country to which they are traveling when checking in on the airlines.

The flights were easy. Delta was very pleasant and comfortable. Upon arrival, it took a long time through the Israeli passport line, although we enjoyed being part of the crowd. There was a balagon (mess, disorder) with the luggage carts (so Israeli I thought). Extended family greeted us – a young friend I originally met through the Jewish Federation of Cleveland’s partnership with St. Petersburg, Russia, who had made aliyah several years ago with her husband. How wonderful it was to not only be welcomed by them at the airport but to also have them help us with our luggage and then drive us all the way home to Jerusalem even though they live in Tel Aviv.

Lesson learned: Sabra birds, and other Israelis, don’t always need a taxi service when they have loving extended family in Israel.

I was anxious about the condition in which we would find our apartment. The first time we had been here after our retirement, the tenants who had been renting our place had left it quite filthy. Last year, a young relative offered to prepare the apartment. This year we hired someone. We entered a place that looked as beautiful and inviting for living as we had left it.

Although I had tried to leave some things behind in May and made a list, it was not a very complete list. The time since then seemed so great that of course we over-packed. But we have given ourselves an objective for this year: to leave behind as much as we can.

And what of Thanksgiving in Israel, you may ask? Well, we are not sure that we will be eating turkey, although it is available and quite delicious here. However, we are going contra dancing at Beit Moses, the beit avot (literally home for parents, a truly loving way to refer to older adults) down the block from us. As described in the email we received from the American-born contra dance caller, contra dancing is a traditional New England dance.

Happy Thanksgiving to all! Shabbat shalom from Jerusalem.