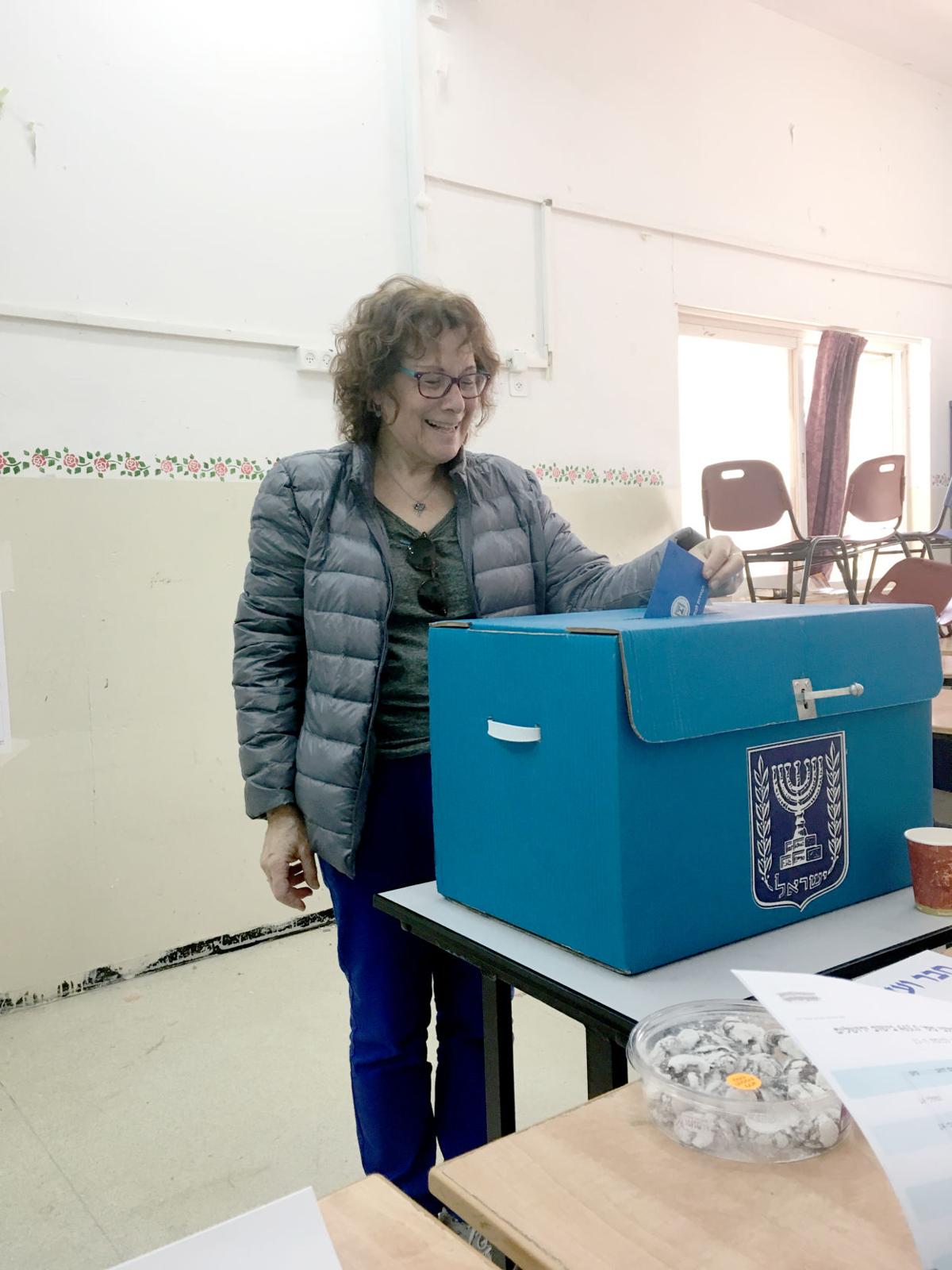 Julie Auerbach places her envelope and ballot in the ballot box. 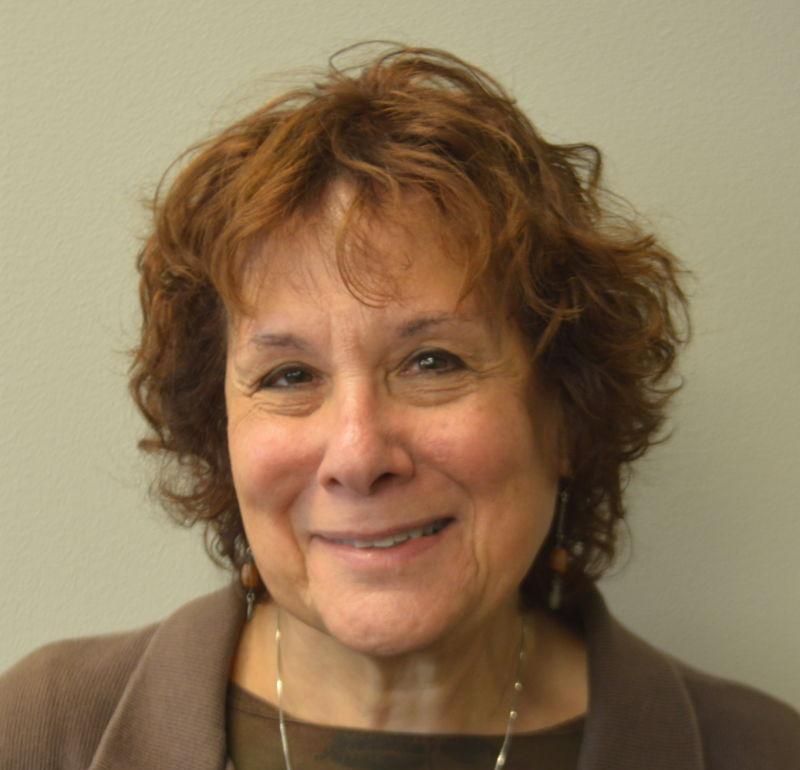 When the April 9 national Israeli elections were announced, Irv and I became excited. Unlike American elections, there is no such thing as an absentee ballot unless you are in the diplomatic corps or serving the country overseas.

Since we did not have plans to return to the United States until May, we knew that our big moment was arriving. Being skilled in American presidential elections and forever canceling each other’s vote, we would make different choices here as well. Other than that similarity, we discovered many things that are very different.

Israel has a system of proportional representation that affords even very small parties the chance at representation in the 120-member Knesset. Our task as voters is to choose the party that most clearly matches our views from the myriad of right- and left-wing parties, Ashkenazi and Mizrachi religious parties, Arab parties, a Russian immigrant-based party and even a pensioners (retirees) party. Since a party must have 3.25 percent (four out of the 120 members of Knesset) of the vote, political parties ultimately need to form coalitions to give themselves a better chance at having a seat in the government. Indeed, coalitions are an Israeli political necessity.

As election day approached, about 40 main coalitions or individual political parties vied for the votes of slightly more than 6.3 million citizens, which made it unlikely any single one could reach the 61 Knesset-seat majority April 9. In advance of the election, two main factions formed. Prime Minister Benjamin Netanyahu’s Likud party gathered the support of several smaller right-wing parties, including the controversial far-right Kahanist party, leaving some in this right-wing camp uncomfortable.

The other main competing faction was Blue and White (Kachol v’Lavan) formed by Israel Defense Forces Chief of Staff Benny Gantz (Israel Resilience Party) with Moshe Ya’alon (Telem) and Yair Lapid of Yesh Atid, popular for its domestic agenda, and including a third IDF Chief of Staff Gabi Ashkenazi. Some politicians left their old parties to create a more winning combination for voters. For example, Education Minister Naftali Bennett together with Justice Minister Ayelet Shaked abandoned their right-wing religious Bayit Yehudi, brought in a few secular folks, and became the New Right party.

Election day is a paid national holiday. Offices are closed and voter turnout is large. There are no voting machines and therefore no chads. Smiling young people checked us in as we walked to the cardboard tent set up on a small table holding the box of ballots. Each of us in our turn chose the card for the party of our choice (carefully remembering its symbol and to take only one of the thin ballots), put it in the specially marked envelope we had been given, sealed it and then dropped our ballot into the cardboard box.

Netanyahu won the election and has 28 days from election day to form a government. It’s during that period coalition-building begins.

There is a shadow cast over the election with the predicted indictment against Netanyahu for excesses and possible bribes.

Whatever may be the outcome, we were delighted to be here to participate and give our voice to the issues facing Israel.