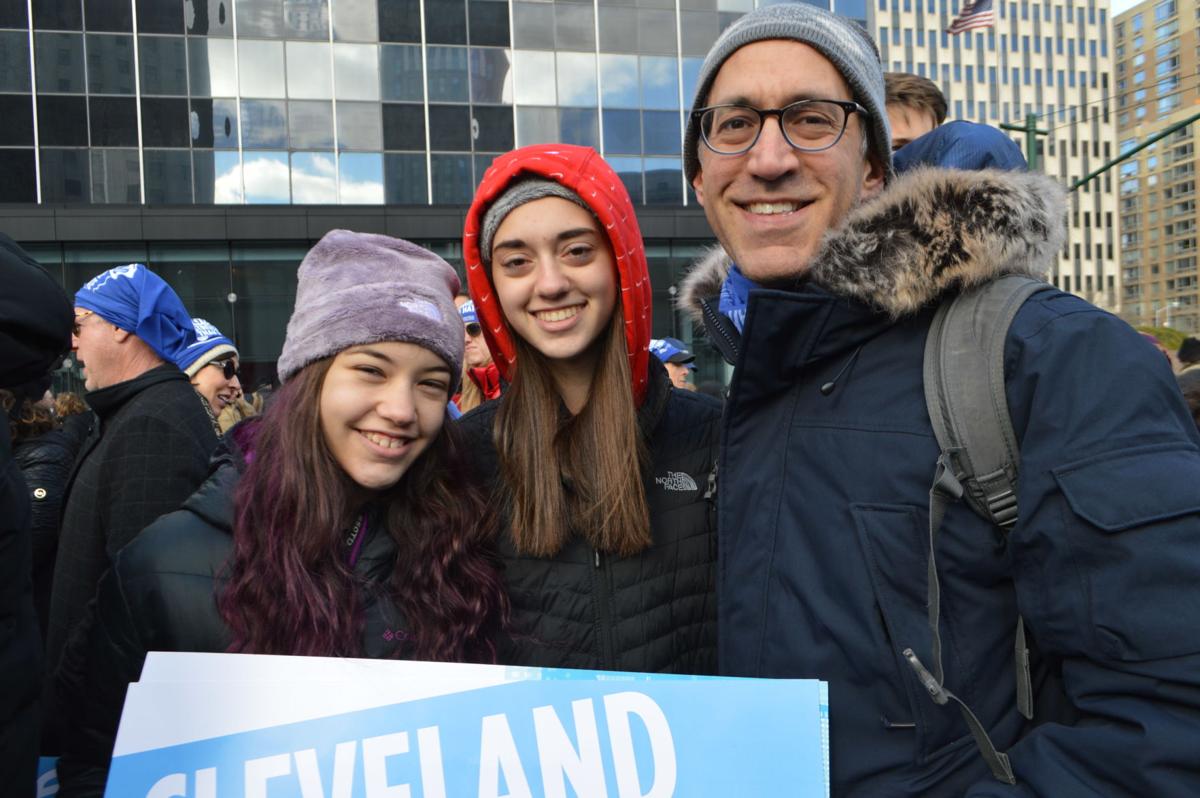 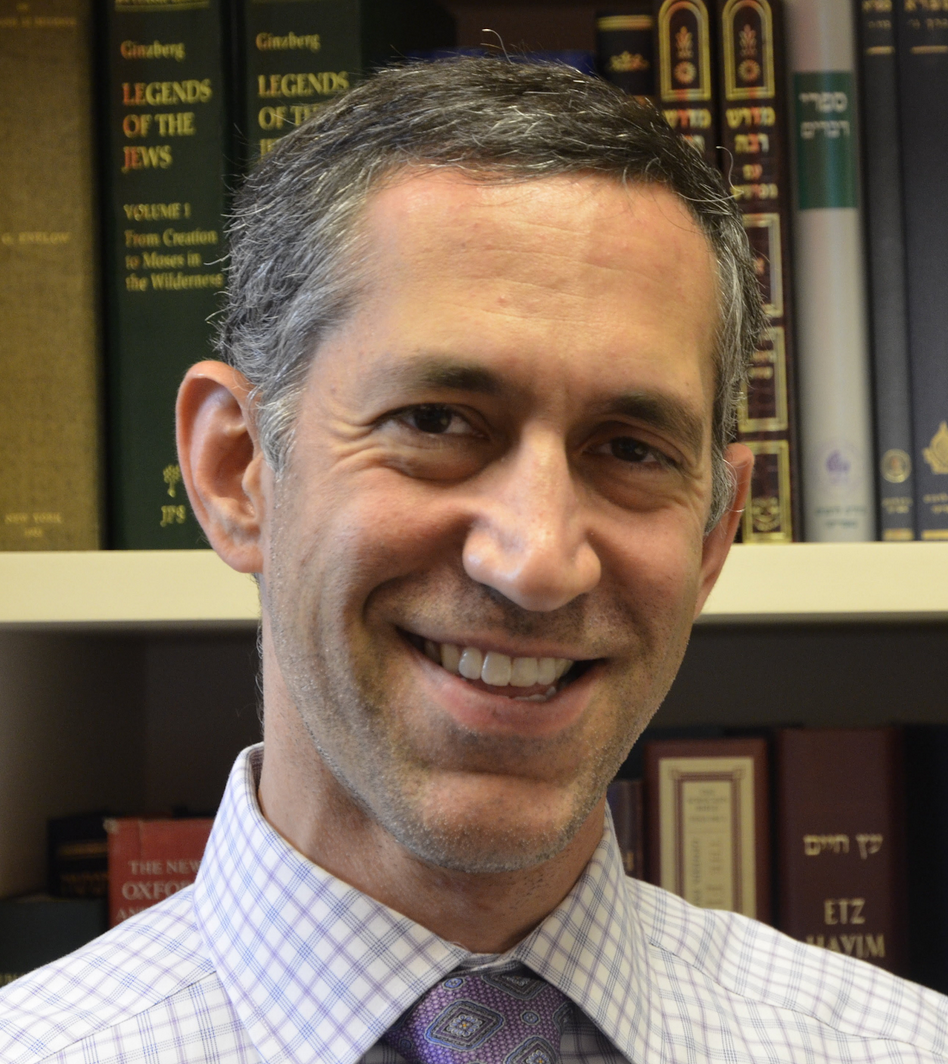 Typically after a school vacation, I return with extra energy. But this past Monday morning, I had to ask colleagues, parents and students to forgive me for all my yawning.

It wasn’t due to boredom. I was truly looking forward to reconnecting with students and teachers, and to resuming our amazing mission of inspiring our students to love learning, become their best selves and embrace Jewish practice, values and community in a challenging and encouraging academic environment. Rather, the yawns were of the exhilarating, but exhausting 24 hours I spent at the “No Hate. No Fear.” march and rally in New York City.

Late Saturday night, my daughters and I joined more than 70 other members of the Cleveland Jewish community, along with many outstanding Jewish Federation of Cleveland professionals, on a journey to New York. Our two buses left the Federation building around midnight, and arrived in Lower Manhattan at 9:15 a.m. We spent the next 6½ hours marching to Brooklyn and hearing powerful speeches and performances at a rally. It was a tremendously inspiring day and I want to share some thoughts about what took place and some reflections on what it means for our community.

By far, the strongest emotion I felt was pride. First and foremost: I felt proud to be Jewish. My daughters and I were surrounded by thousands upon thousands of people, the majority of whom were Jewish. We proclaimed in different ways that we are so proud of who we are and that we will not be intimidated into hiding our identities. And the crowd was incredibly diverse.

Ages ranged from infants to great-grandparents. Skin tones ran from pale to deep brown, reflecting the true racial diversity of the Jewish community. Political affiliations extended from the most liberal to the most conservative, from supporters of U.S. Rep. Alexandria Ocasio-Cortez, D-New York, to supporters of the current president. I deeply believe the diversity of the Jewish community is a strength, not a weakness. It was so powerful to see the variety of people who came together in solidarity.

And not all the marchers were Jewish. It was heartening to see many signs and banners indicating we aren’t alone in opposing anti-Semitism. I felt pride knowing we have so many allies and friends.

I felt proud to be from Cleveland. The fact that our Federation mustered two busloads of people – in addition to many others who flew and joined us in Manhattan – speaks to the strength of our community. On board the buses were members of Reconstructionist, Reform, Conservative and Orthodox synagogues, and students from the Joseph and Florence Mandel Jewish Day School, Gross Schechter Day School, Fuchs Mizrachi School, Hebrew Academy of Cleveland and local public schools. But when we marched with our Cleveland signs, we were united. And all around us, we heard awed comments: “You came from Cleveland? Two busloads? You drove all night?!” We came from far away and we came in strength.

And finally, I felt proud to be part of the Gross Schechter community. Our former board chairs, Gary Gross and Dara Yanowitz, came to march. Our kindergarten teacher Marla Wolf was there and many current and former Schechter parents, and close to a dozen alumni were also there. K’lal Yisrael, the unity of the Jewish people, is one of our school’s core values and it’s clear our school is successfully bringing that value to life.

At the march and the rally, did I feel any anxiety about anti-Semitism? Of course. All of us need to be concerned about the rise in incidents of bigotry in general and anti-Semitism in particular over the last few years. Old prejudices that had long been in decline or had been confined to the darkest corners of our society, have re-emerged – especially in New York. The attacks on Jews that triggered the march and rally are indeed shocking, so of course, I felt some concern. But of all the emotions I felt, concern was actually the weakest; pride was the strongest.

Like all dedicated educators, I am constantly asking myself: what knowledge, skills and dispositions will our students need in order to thrive as they grow? Answering this question requires a bit of forecasting: we have to imagine what our society will be like in the future and it’s clear our students are growing up in a different world than the one we experienced as children.

At times, our society inspires hope and awe; other times, despair. But it’s clear to me Jewish education is more important than ever because our values – that every human is created in God’s image, that even our most passionate disputes can make us holy if they are conducted with respect, that we have responsibilities toward others and not just entitlements for ourselves – are so desperately needed in the world today.

So I was truly excited to come back to school on Monday. I brought coffee with an extra shot of espresso – and still, I couldn’t help yawning. But more importantly, I brought joy, a sense of purpose and tremendous gratitude that I have the privilege of working in such a unique community.