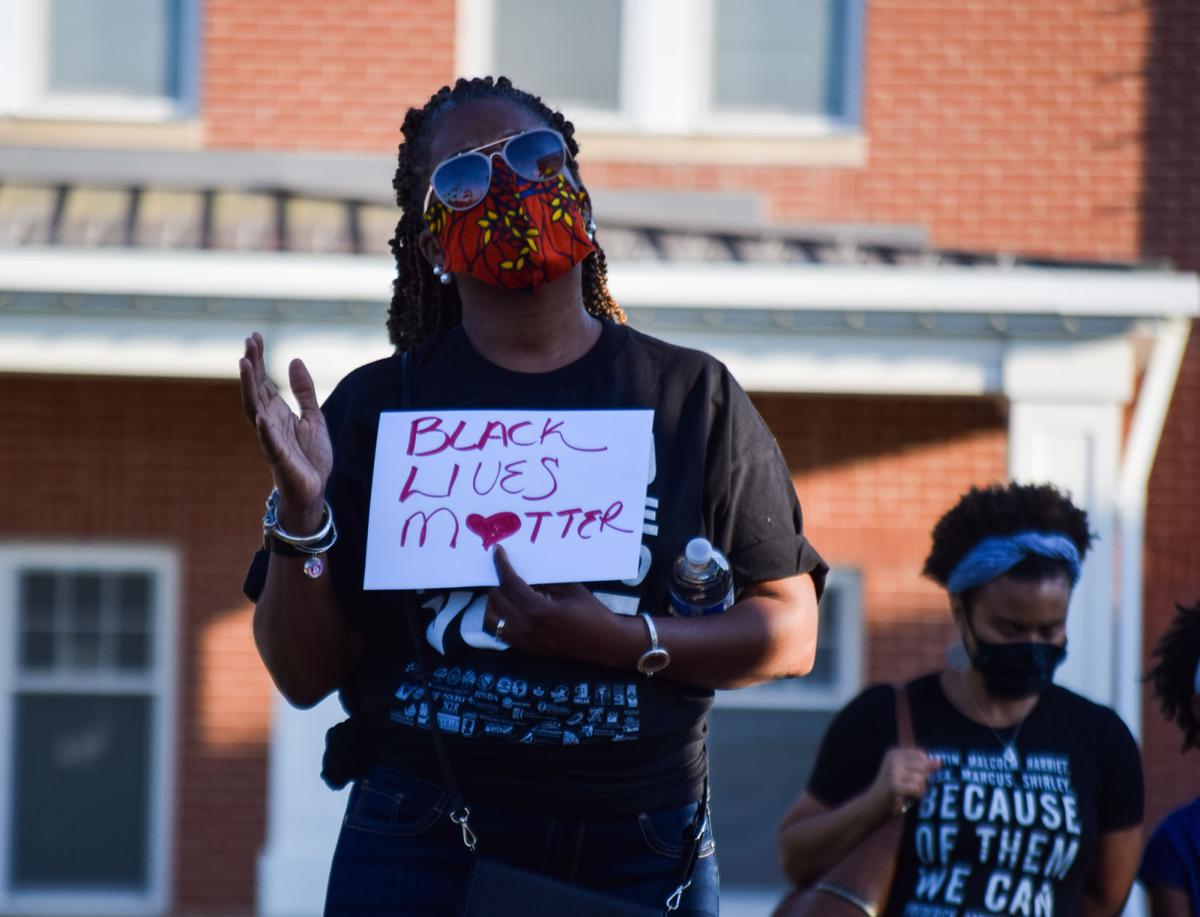 A woman gently sways to a prayer during an interfaith vigil hosted in Solon. 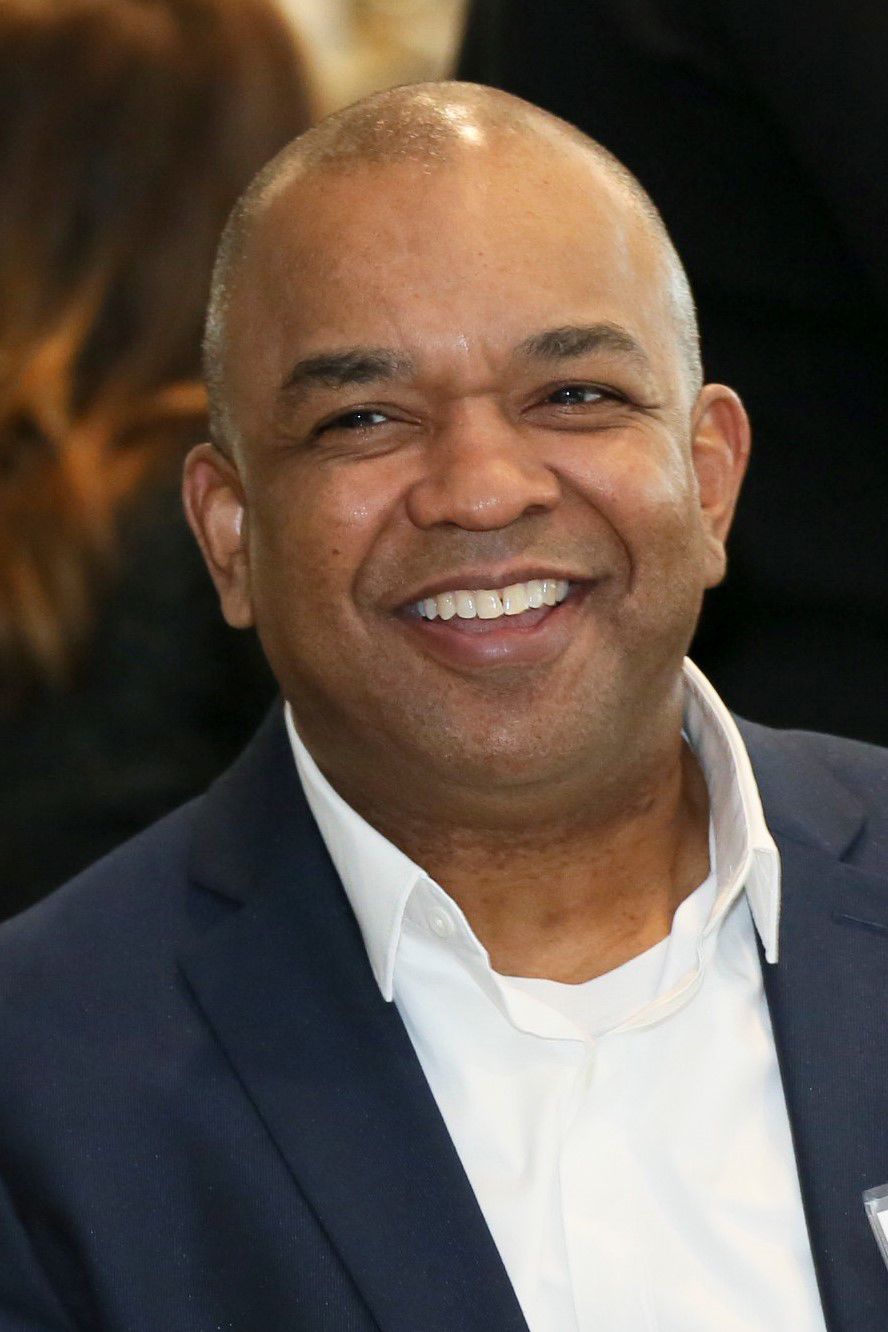 The widespread concern for race relations and the Black Lives Matter protests, rallies, marches and vigils throughout our communities has made evident the need for expanded coverage of these issues in the Cleveland Jewish News. Beginning today, the Cleveland Jewish Publication Company will increase our coverage and provide related content and opinions on these topics from our suburbs and surrounding communities. Have a story idea or want your voice heard? Contact us with your suggestion, or submit an opinion piece between 500 to 700 words for consideration and a high-resolution headshot to editorial@cjn.org.

Stop saying you are proud of America.

My daughter came into our bedroom crying hysterically and said the police shot him. Before I could respond, she said that she couldn’t breathe … she dropped to our bedside and uttered words that no parent wants to hear: they killed my brother (our son).

She had a bad dream.

This was about 4 a.m. June 13 – just two days after celebrating her graduation from college. In what should have been the happiest of days for my darling daughter, she was overcome with emotion from the murders of African Americans.

My wife and I have always educated our children to be aware of it in its explicit and implicit forms, we have always done as much as we can to prevent it from impacting our children’s lives, their hopes and their dreams.

Without blinders, we had done a pretty successful job with the former, telling them about America’s history, while also reminding them to keep their hearts and minds open … as well as their eyes.

Since our kids certainly weren’t going to learn the truth about America in grade-school history classes, where there’s barely a mention of the great contributions of African Americans and a whitewashing of the country’s perfidious origins, we taught them the truth: Although we were stripped of our culture, raped and murdered, African Americans helped build this country that we call the “United” States of America.

We taught our kids that we are Americans: hard-working, caring, welcoming and intelligent people. And we educated them about America’s racist past and present. They understood that regardless of the excellence of black people, we would still have to work harder, love more, embrace even those who we know hate us, and educate those whose ignorance is but a barrier that we can help them overcome.

Many of us fight the good fight every day. But racism manifests itself even in our dreams, when our eyes are shut, the boogeyman that is racism haunts us despite having no form. It haunted me as a child, it haunted my dad, it has haunted African Americans through our entire existence.

My dad was a World War II veteran – part of the U.S. Army’s 578th Field Artillery Battalion, a segregated group that fought in Normandy, Ardennes and Central Europe. When he wasn’t fighting as a member of the Negro regiment, he was assigned to cook for white soldiers – black units were often put in support and service units. I could only imagine what his life must have been like – he often saved us some of the details, perhaps for his own dignity. But he couldn’t hide the impact: I saw the results in the form of his lifelong depression.

In the 1970s, I first got to see what America was truly like, when my dad and I would travel down Interstate 71 south to Memphis, Tenn. We’d have to plan our stops based upon the number of racist towns we would pass through. All gas stations were full-service back then. Learning through trial and error as soon as we reached about 60 miles south of Cleveland, we knew we had to carefully choose where we stopped for gas and restrooms. Cincinnati, and Covington and Lexington, Ky., were particularly off limits as we were refused service; called boys and the “N-word”; and chased away from many service stations.

Yet, despite being demoralized as a soldier in World War II; despite being called a “boy” more times as an adult than he was as a kid; despite being harassed, humiliated and refused the life he deserved, my father would give a ride to hitchhikers – all of whom were white men – every time we traveled to Memphis. When I would ask him why was he stopping, my dad would simply say, “Because he looked like he needed help.”

The solution to fighting racism is sometimes as simple as the eye test.

You have to trust what you see, even if your heart can’t feel it or your mind finds it incomprehensible.

And if you see it, stop it.

The murders of African-Americans by police are wrong. Racism is wrong. Remaining silent is wrong. Doing nothing, wrong. Misrepresenting history, wrong. Saluting oppressors, wrong. It’s not that hard to change these racist acts or com​plic​i​ties. Open your eyes. And stop them now.

A lifelong Clevelander, Roderick L. Ingram Sr. was raised in Cleveland’s inner city. He and his wife live in Orange and have three adult children.