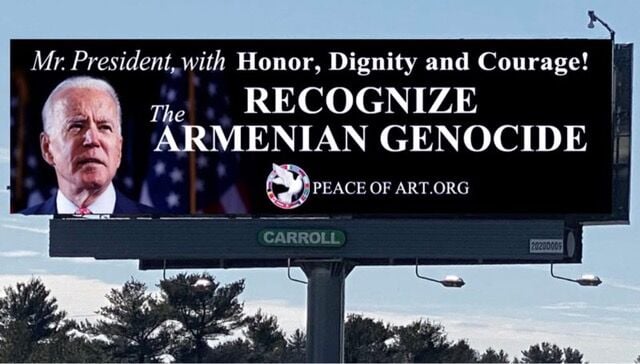 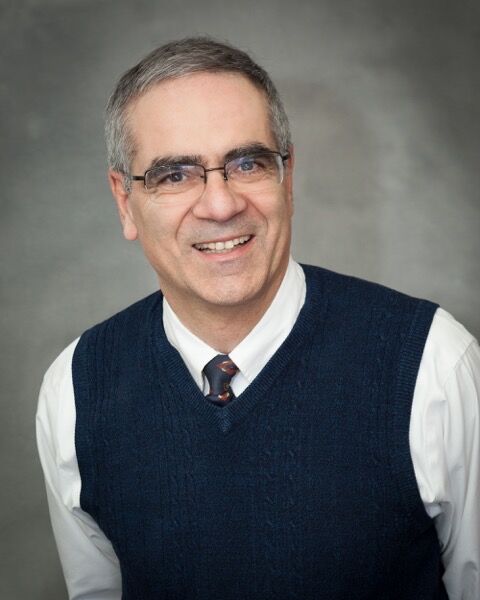 Some of you may have noticed a billboard on Interstate 271 with a large photo of President Joe Biden stating: “Mr. President, with honor, dignity and courage! Recognize the Armenian Genocide.”

On April 24, Armenians around the world will commemorate the 106th anniversary of the Armenian Genocide – the systematic murder of over 1.5 million Armenians, Greeks and Assyrians between 1915 and 1923, at the hands of the Ottoman Turkish Empire.

An astounding three out of four Armenians living in Turkey were exterminated during this period. Yet, it took nearly a century for countries, religious denominations, secular organizations and the U.S. Congress to formally acknowledge the Armenian Genocide as a genocide. U.S. presidents, however, have remained silent, under pressure and intimidation from Turkey. This silence must end now. It is time for Biden to call the mass atrocities against the Armenian people for what it was: genocide. The U.S. must never allow the truth to be muzzled by any autocratic regime. As we have learned throughout history and in the present day, mislabeling genocides only emboldens authoritarian dictators.

Today, there are over 2 million Armenian Americans living in the U.S., most of whom are descendants of genocide survivors. My wife and I are grandchildren of survivors, who shared with us their eyewitness accounts and unspeakable stories of murder, death marches and the loss of over 50 family members at the hands of the Ottoman Turkish authorities. At 11 years old, my grandmother was the only surviving member of her family after marching 300 miles through the desert into Syria, where she finally found refuge. While our grandparents’ voices were silenced, we owe their souls the dignity of the truth and official affirmation.

As we commemorate April 24, Armenians not only have to honor the memory of the victims but also continue to endure the fact that Turkey, as state policy, aggressively denies the Armenian Genocide and pays millions of dollars to lobbying and public relations firms to whitewash and distort the truth, while leveraging its position as a NATO member.

Genocide denial and impunity have consequences. The organization Genocide Watch states the most certain predictor of future genocidal acts is the existence of denial.

Very recently, we witnessed Turkish genocide denial and continued impunity translate into a repeat of 1915-like, eliminationist rhetoric and behavior resulting, again, in direct hostility toward Armenian Christians in Nagorno-Karabakh, as well as hostile actions against Kurds and Cypriots.

On Sept. 27, 2020, Turkey provided direct military support and recruited and transported over 2,000 jihadist terrorists from Syria to Azerbaijan to carry out a joint assault with Azerbaijan on Nagorno-Karabakh, killing over 4,000 Armenian civilians and soldiers, displacing 100,000 people and destroying civilian targets including historic churches, hospitals and cultural sites.

Azerbaijan’s war crimes committed during the assault included Islamic State group-style beheadings of soldiers and civilians, are well-documented by the Institute for the Study of Human Rights at Columbia University. According to Human Rights Watch, Armenian prisoners of war and captured civilians unlawfully continue to be held hostage and abused by Azerbaijan, violating the November 2020 ceasefire statement signed by Armenia and Azerbaijan, and flouting the Geneva Conventions to which Azerbaijan is a signatory.

The world has stood by and watched this happen before, as Armenians can attest, which is why it is imperative that the U.S. officially affirm the Armenian Genocide and state on the record that the cycle of genocide denial will not be tolerated.

In December 2019, after decades of obstruction, both the U.S. House of Representatives and Senate overwhelmingly adopted groundbreaking resolutions reaffirming the Armenian Genocide.

The U.S. Congress has made its position clear on this universal human rights issue, which aligns with American values and guiding principles. Now it is time for Biden to follow Congress’ example and follow through on his campaign pledge to recognize the Armenian Genocide as a genocide.

Ara Bagdasarian of Solon is an active member of St. Gregory of Narek Armenian Apostolic Church in Richmond Heights and a trustee of the Armenian Cultural Group. He also serves as the state chair for the Armenian Assembly of America.