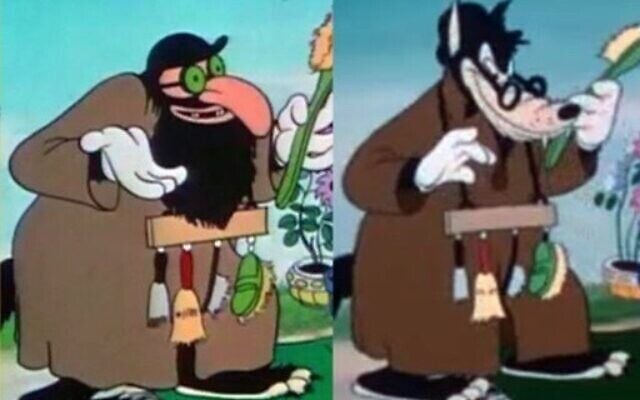 The Big Bad Wolf disguised as a Jewish peddler in the 1933 Disney cartoon “The Three Little Pigs” and redrawn for the 1948 re-release, right. (From English with an Accent: Language, Ideology and Discrimination in the United States. Francis and Taylor, 2nd edition 2012.) 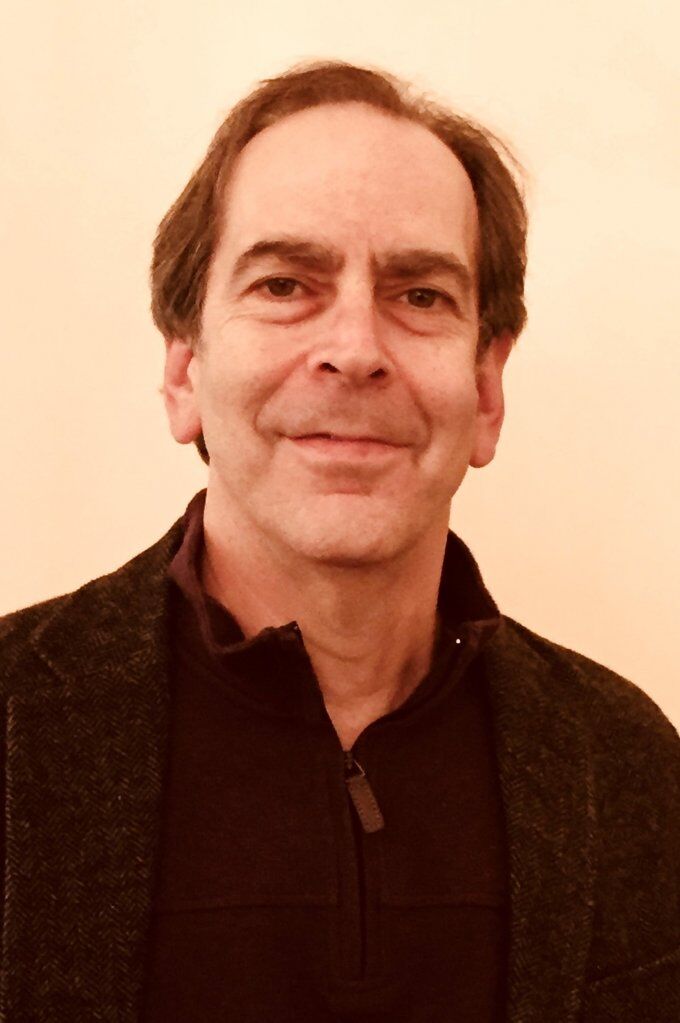 There is an old Dr. Seuss book, “Dilly Goes to Delancey Street,” that features a black-bearded, hook-nosed Jewish man leering at a pair of little girls in white pinafores.

Actually, no such book exists. But if that sentence gave you pause, then it should help you empathize with others who object to some of the ethnic stereotypes in early books by the classic children’s author. And perhaps it will modify your righteous anger about this latest example of “cancel culture.”

(The background: The firm that handles the Dr. Seuss estate says it will no longer publish six books that “portray people in ways that are hurtful and wrong,” including racist and stereotypical depictions of Blacks and Asians. The right responded with characteristic restraint, saying Big Seuss had caved to the PC police. Oh, and sales of Dr. Seuss books soared.)

Actually, I didn’t have to make up an example of an anti-Jewish character that was “canceled,” or as I prefer to put it, “was removed from circulation for being wildly offensive.”

Disney’s Oscar-winning 1933 cartoon, “The Three Little Pigs,” originally featured a scene in which the Big Bad Wolf disguises himself as a Jewish peddler to trick one of the pigs. It’s quite a disguise: Stills show him wearing a grotesquely phallic nose, a long black beard and an ankle-length caftan – and he speaks in a Yiddish accent. “Der Sturmer” might have complained it was over the top.

Ethnic stereotypes were of course common at the time: The Marx Brothers, for example, are each based on an ethnic type, from Groucho’s “Jewish” professor to Chico’s Italian trickster. You can barely watch a black-and-white film on TCM without seeing a cringe-inducing stereotype. That’s the defense being offered by the anti-“cancel culture” crowd: The Seuss books need to be understood and appreciated in their original context.

But context is everything, no? By the time “The Three Little Pigs” was reissued in 1948, there were 6 million fewer Jews on the planet. In a 1988 paper in “American Cinematographer,” J. B. Kaufman writes that Disney reshot the cartoon, replacing the Jewish peddler with a generic hoodlum – although the Yiddish accent hung around for a while until it too was replaced.

I’d love to think someone at Disney was acting out of decency and sensitivity, but Kaufman suggests the Hays Office, which enforced the industry’s self-imposed “morals” guidelines, alerted Disney to Jewish sensibilities. According an encyclopedia of Disney’s animated characters, the studio later admitted the original scene was in bad taste.

None of this is new: Two decades ago, the Cartoon Network stopped airing cartoons featuring Speedy Gonzalez, the Warner Bros.’ “Mexican” mouse. It’s been years since the Washington football club stopped using a slur for a Native American as its official team name. (No, wait – sorry: It’s been about eight months.)

As far as I can tell, the decision by the Seuss company wasn’t the result of any mob outrage but an examination of their own products. Like changing the name of Aunt Jemima pancakes, it was a decision not to offend people or expose children to images that many people would consider toxic, whether intended or not. And it doesn’t matter if the images don’t offend you: That’s up to the people whose culture is being misrepresented. (Case in point: Speedy Gonzalez was partly rehabilitated after Hispanic audiences said they actually liked the character. That’s their call.)

If a children’s book publisher preemptively stopped publishing a book with a grotesque Jewish character, our defenders against anti-Semitism – including a few who have been fulminating about the Seuss decision – would be grateful and delighted. Those raising concerns about cancel culture don’t do their side any favors by criticizing what up until about 10 minutes ago would have been called civil, respectful and sensitive behavior.

Some critics of the Seuss estate’s decision at least acknowledge that the images can be hurtful. Asks Cathy Young of The Week, who called the “cancellation” of the Seuss books “chilling”: “Should children’s literature adapt to a more racially and ethnically diverse, more gender-equal society? Of course. But the way to do that is to add new classics, not discard old ones.” Bari Weiss, who wrote a whole book on anti-Semitism, tweeted a similar point: “Enough with dividing. Try instead multiplying. Erasing books is insanity. Stand up for our common humanity.”

How that would work is not clear. Does a Black Disney princess offset “Song of the South”? Do the two Asian characters in “The Last Jedi” make us feel better about Jar-Jar Binks?

And should no distinctions be made between picture books and cartoons, on the one hand, and literature and classic films for teens and adults, on the other? Audiences mature enough to read “Huckleberry Finn” or enjoy “Blazing Saddles” are old enough to discuss the stereotypes they both contain, ironically or not. Is that a discussion you want to have with your toddler? And if not, are you okay with them seeing a Black character portrayed as shoeless and ape-like?

Like the fury over the “war on Christmas,” much of the outrage over Dr. Seuss feels manufactured, or what Alex Shephard in The New Republic describes as “bad-faith nonsense.”

There’s a debate to be had about cancel culture, but this one isn’t it. As Josh Marshall of TPM responded to Weiss, “This is the dumbest issue ever. They’re not ‘erasing’ anything. They’re not publishing new editions of a small number of books that have pretty dated/stereotypical images of black people. There’s nothing shocking about that. Can’t they publish what they want?”

Who wins when we argue about whether it is a good idea to avoid offending people? For starters, those who fear America’s ever more diverse future, or who don’t want to be held accountable for their own offensive ideas — or who just want to own the “libs.”

And by the way, the original title of one of Dr. Seuss’ classics was “One Fish, Two Fish, Red Fish, Jew Fish.” No – again, I made that up. But if it were true, man would we be pissed.

Andrew Silow-Carroll is the editor in chief of The Jewish Week in New York.

This op-ed first appeared in the Jewish Week and is being reprinted with permission.