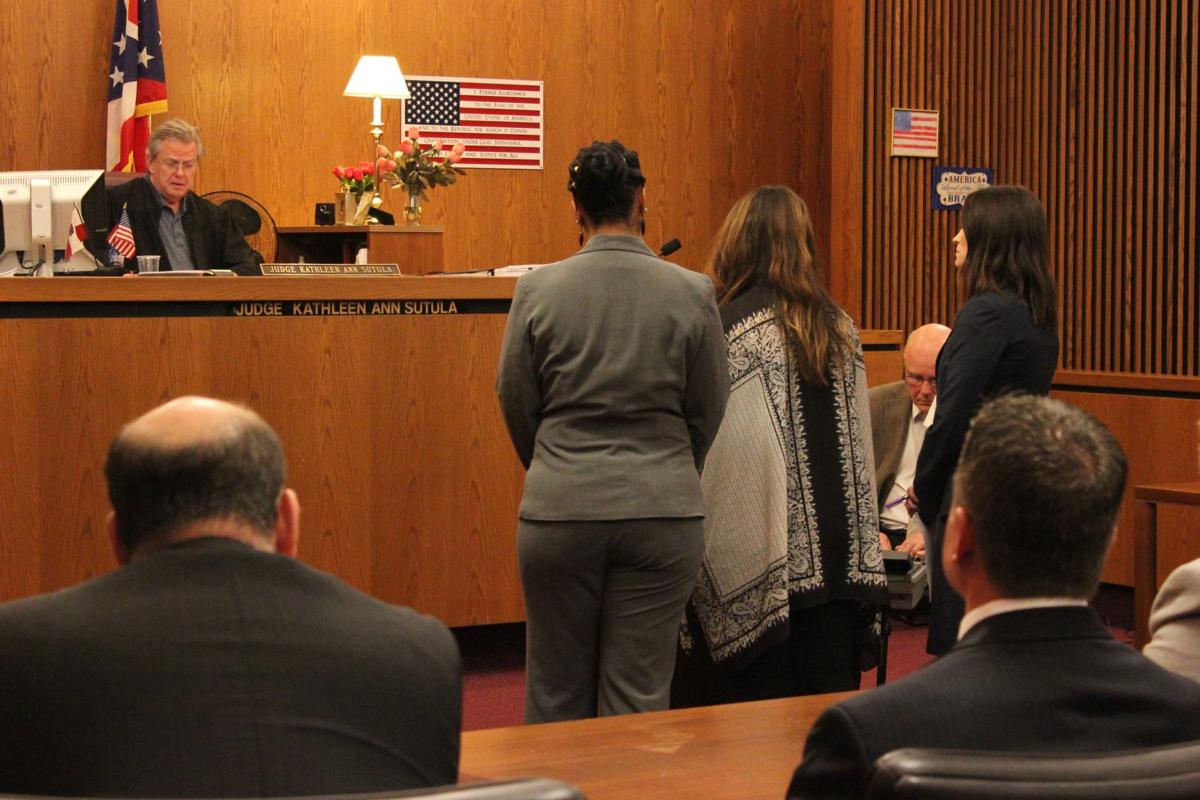 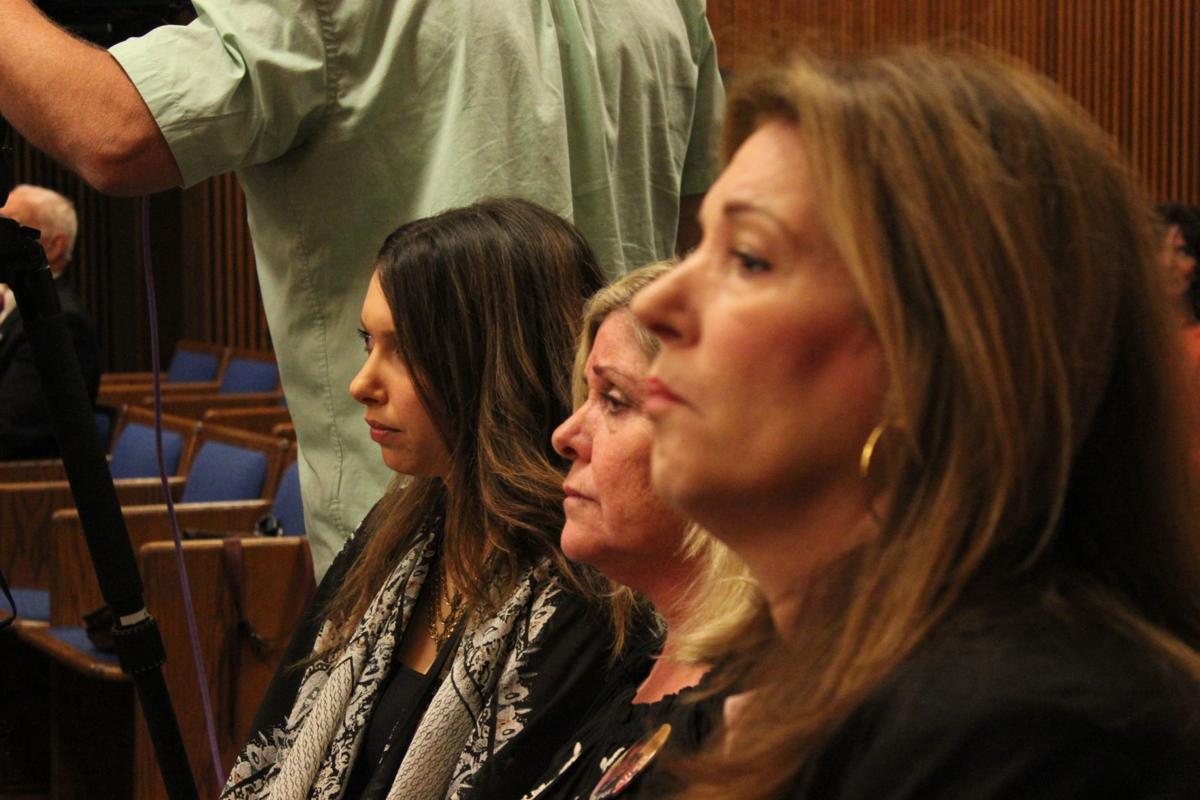 While addressing the court during the May 23 sentencing of her mother’s former divorce attorney, Jennifer Sherman fought back tears as she detailed the milestone events Aliza Sherman has missed since she was brutally murdered four years ago – multiple graduation ceremonies, a wedding and the birth of a granddaughter – and recounted the qualities those who knew her loved and admired.

However, when her focus shifted to the man being sentenced, Gregory J. Moore, who on May 1 pleaded guilty to two felony charges of inducing panic and one misdemeanor count of falsification, the latter tied to the investigation of Sherman’s murder, her tone sharpened. At one point, she turned around to look at Moore, who was seated behind her in the Cuyahoga County Court of Common Pleas as she read from a prepared statement, as if to drive home her message.

“Greg Moore has had 1,522 days – and countless opportunities – to aid in seeking her justice since her vicious death. Yet instead, he’s admitted that he lied to law enforcement about his whereabouts and continues to sit here today without explaining himself or sharing what he knows,” Sherman said. “This man does not deserve leniency on any level and should be jailed for the full extent of his crimes.”

Moore did not receive the maximum time – three years behind bars, including prison – he faced. Judge John D. Sutula instead sentenced Moore to six months in Cuyahoga County jail, three years of probation and 350 hours of court-ordered community work service.

The six months, or 180 days, of jail time was issued in connection to the Sherman-related falsification charge, a first-degree misdemeanor. The first 90 days will be served consecutively starting on June 1 while the remaining 90 days will be served in one-week increments over the 12 months that follow. During weeks in which Moore isn’t in jail during that time, he’ll be subject to electronic home monitoring.

Flanked by his defense attorneys, and with about a dozen friends and family members behind him in the courtroom, Moore sat motionless through much of the 30-minute hearing. When his opportunity to address the court arose, prior to his sentencing, he expressed remorse.

“Your Honor, there’s not a day that’s gone by that I haven’t regretted the decisions that have affected a lot of people’s lives in regard to people who are with us here today and people who aren’t,” the 43-year-old Sagamore Hills man said. “I apologize to my great family: my wife, my parents, my in-laws (and) my 18-month-old son. I apologize to all of those who have been – or could have been – hurt as a result of my conduct.”

Sutula, who prior to becoming a judge practiced domestic-relations law for 24 years, praised the work of attorneys who work in that field and reprimanded Moore for his actions before issuing his sentence.

“(Domestic-relations attorneys) are people who take people in the most severe crises in their lives and try to lead them through so that they have the ability to be parents to their children together, to be able to have a good life, and to go forward and find the things that will benefit them in the future,” Sutula said. “Some attorneys in the domestic-relations practice cause more havoc than good, and make a practice of doing that. That’s a bad thing, and it denigrates the entire practice.

“And I think that what you did here is one of the worst things that, possibly, one could do. You’ve taken anything and everything that an attorney stands for and turned it upside down. It lessens everybody’s respect and everybody’s opinion of attorneys in general, and certainly in the domestic-relations department.”

On Feb. 19, 2016, Moore initially pleaded not guilty to all charges in a 16-count indictment from the Cuyahoga County Prosecutor’s Office. Charges in that indictment included tampering with evidence, telecommunications fraud, possessing criminal tools, forgery and obstructing official business in relation to the Sherman case, as well as charges of making terroristic threats and additional inducing panic charges related to the bomb threats.

When Moore changed his plea to guilty for the inducing panic and falsification charges on May 1, just days before his trial was to start, all other charges against him were dropped.

No one has been charged with murder in Sherman’s stabbing death, which occurred March 24, 2013, outside of Moore’s downtown Cleveland office at 55 Erieview Plaza. Cleveland police, who are working with the Cuyahoga County Prosecutor’s Office and FBI, continue to investigate.

During the sentencing hearing, Cuyahoga County assistant prosecuting attorney Jennifer O’Malley detailed Moore’s actions the weekend of the murder. He and Aliza Sherman met that Saturday, March 23, to prepare for her divorce hearing, which was scheduled for March 26.

Moore contacted Sherman later that day to say he found something else he felt they needed to review, O’Malley said, and asked her to return to his office on March 24. Moore and Sherman both changed the meeting time throughout the day, but when Sherman arrived to the building, she couldn’t find Moore.

“A phone call was placed to Aliza shortly before she arrived, and cell phone tower locations indicate to us he was east of his office, and his cell phone was not pinging off the tower in which his office would (be) encompass(ed),” O’Malley said. “Aliza began to text him to let him know she was down there. He eventually did respond to her, (and) told her he was there. She then asked him to unlock the door, which did not happen, and seconds after she informed him she was going back to her car because it was too cold outside, she was stabbed 11 times.”

O’Malley argued the severity of Moore’s actions warranted incarceration. Defense attorney James J. McDonnell detailed the ways in which Moore did not meet all of the criteria outlined by law to warrant prison time for the felonies. Sutula agreed and issued time behind bars – in jail, not prison – for only the misdemeanor charge.

“We’re happy the judge saw the severity of this defendant’s actions. We’re happy there is a term of incarceration,” O’Malley said. “I know it’s sometimes hard because they’re felonies of the fourth and fifth degree, as well as a misdemeanor, and those do carry with them the presumption of probation. I think we’re happy because we were able to overcome that presumption.”

Jennifer Sherman exited the courtroom dismayed by the sentence.

“I’m deeply disappointed,” she said. “I thought Greg Moore showed no remorse to my mother or to my family. It’s deeply concerning that we still don’t know any more information today about what happened that day.”

Anyone with information regarding Aliza Sherman’s murder is asked to contact Crime Stoppers at 25crime.com or 216-252-7463. All tips are made anonymously. On May 12, the reward for information leading to the killer was doubled to $100,000 – the largest reward in Crime Stoppers of Cuyahoga County history – thanks to an anonymous donor who pledged $50,000.

For the CJN's complete coverage of the Aliza Sherman murder, visit cjn.org/alizasherman.

Sherman murder, two other cases turned over to Ohio BCI